A high-flying real estate agent is accused of wrestling on all fours with the wife of his best mate over a ‘ten inch’ knife he had just allegedly stabbed her with outside a Sydney mansion.

Sydney couple Helen and Walt Coulston were good friends with Matthew Brian Ramsay, 46, for more than 15 years. He was best man at their wedding and is godfather to their two children.

Ramsay and Mr Coulston travelled together in their 20s, partying with friends in Greece and exchanging crude jokes on Facebook.

But Ramsay, a one-time hotshot real estate agent, was charged on Monday with stabbing Mrs Coulston with intent to murder when she answered the door of her home in Dover Heights at about 12.15pm.

New details can be revealed about the moment the alleged stabbing unfolded – with builder Peter Haramis, who ran to help, alleging to Daily Mail Australia that the 46-year-old mother was on ‘all fours’ with Ramsay as they allegedly fought for the knife.

According to his account – which is yet to be tested in court – Mr Haramis claimed she managed to toss the blade to the tradesman ‘He looked at me for a second and froze and that gave her the chance to get the knife.

‘She threw the knife past me and I got it… I said (to the alleged attacker), “you’re not getting the knife”.’

Pictured: Matthew Ramsay (second man from the left) when he was best man at Helen and Walt Couston’s wedding

Ramsay was denied bail in Waverley Local Court on Tuesday and did not appear at court. Ramsay has also been charged with shoplifting $31 worth of snacks and flavoured milk from a petrol station.

Meanwhile, as Mrs Coulston recovers in hospital, Mr Coulston could be seen smiling and preening himself inside his lavish home when visitors arrived on Tuesday afternoon.

Speaking outside the house, Mr Coulston noted Ramsay was the ‘best man at my wedding and godfather to my children’.

Neighbours said Ramsay’s car was seen frequently in the street where the Coulstons and their children have been renting the house for several months.

The family had only been living in the $4000-per-week rental for a few months before the alleged attack took place. 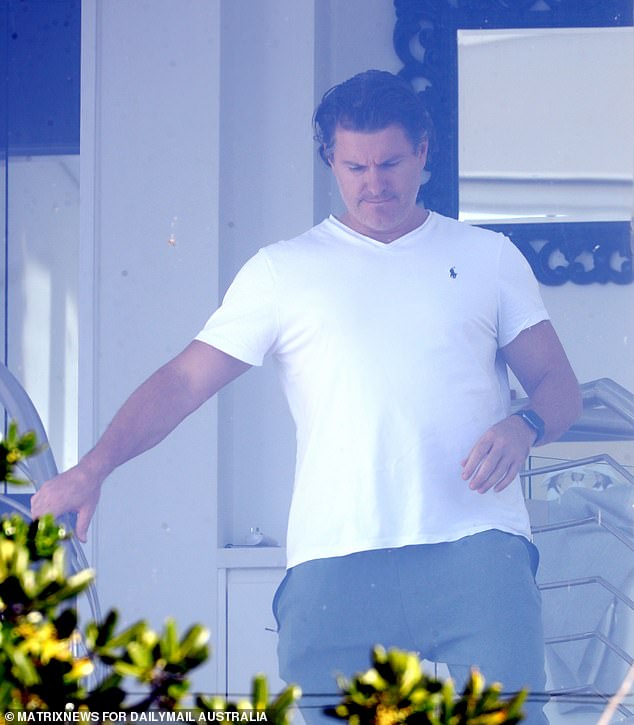 Her husband, Walt Coulston, is seen at the couple’s luxurious Dover Heights mansion on Tuesday afternoon 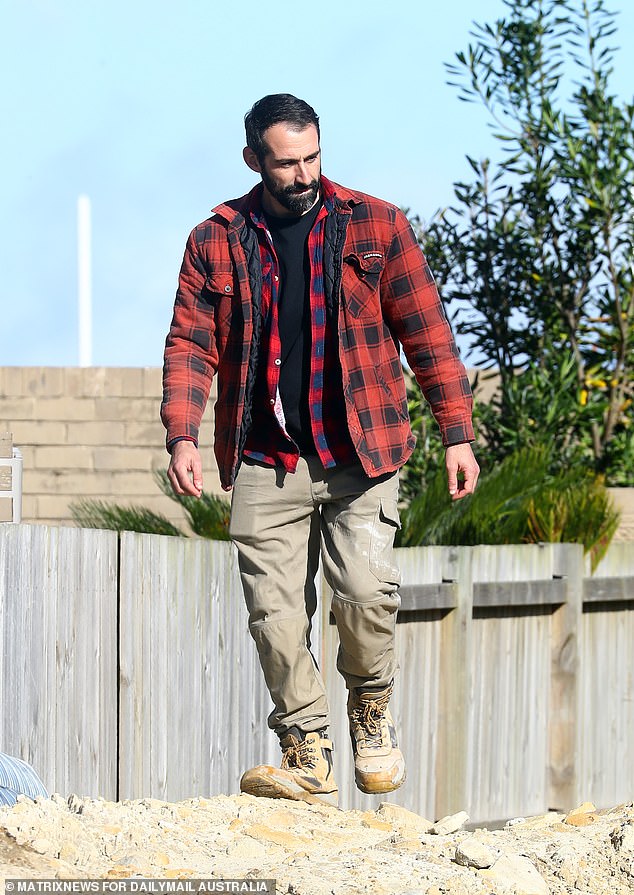 A hero builder, Peter Haramis (pictured), who ran to help alleged to Daily Mail Australia the 46-year-old mother was on ‘all fours’ when he arrived on the scene

But a spokeswoman for the company said he hasn’t worked there for at least 12 months and he had been repeatedly asked to amend his profile to reflect that.

‘We’ve asked LinkedIn to remove it because it’s not accurate and he doesn’t work for us anymore,’ the woman said.

Mr Haramis told Daily Mail Australia that Ramsay ‘looked all ragged, with scruffy hair and an out of control beard’ on Monday afternoon.

‘He’s a big bloke and he’s wearing a dark grey tracksuit and he’s put on weight since that photo,’ Mr Haramis said, referring to professional photos of Mr Ramsay in a suit.

In his witness account, shared with police, the builder alleged the knife at the centre of the incident was about ‘ten inches-long’ (25cm), and that it was his interference that potentially saved Mrs Coulston. 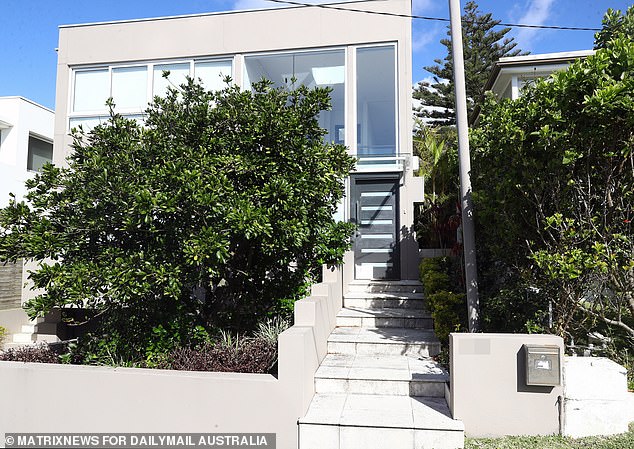 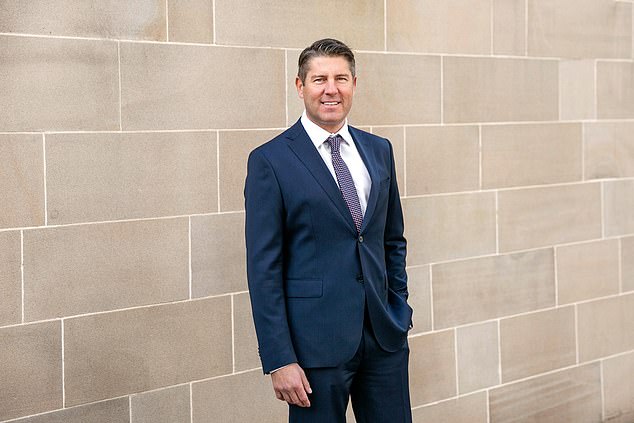 Next door neighbour, Marina, said she was parked in her car in the driveway when she heard the commotion.

Mrs Coulston was covered in blood and kept putting her hand on the wound, she said.

Ramsay allegedly fled the scene, but footage showed the moment police caught up with him at a set of traffic lights in the middle Campbell Parade at Bondi Beach. 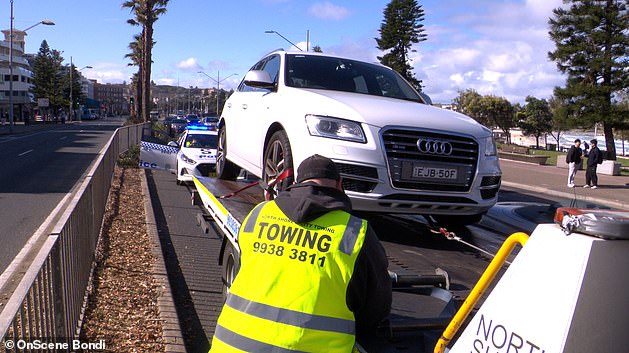 Police have arrested the 46-year-old man, his white Audi has been towed and will be forensically examined

‘Get down on the ground,’ an officer yelled.

Ramsay slowly made his way to the ground, before a policeman pushed him onto the road, footage showed.

Ramsay was a well-respected figure in the real estate industry with more than 20 years’ experience and, according to an article by his former employer, Ray White, ‘has had a pivotal role in brokering some of Australia’s highest profile deals’.

He was responsible for the sale of Channel Seven’s Pyrmont building for $180 million and Channel Nine’s iconic Willoughby headquarters for $147.5 million.

The 46-year-old also used be the director of the CBRE Residential Development Sites and lead a team which made about $1billion in sales per annum.

Ramsay’s case will return to court on October 19.