Mattis says that Trump has made a decision on Afghanistan

President Donald Trump has a made a decision on the United States’ strategy for Afghanistan after a ‘sufficiently rigorous’ review process, Defense Secretary Jim Mattis said on Sunday.

However, Mattis did not provide details on when the White House would make an announcement or what the decision was on Afghanistan, where fighting still rages more than 15 years after US forces invaded and overthrew a Taliban government.

Soon after taking office in January the Trump administration began a review of US policy on Afghanistan, which has expanded into a broader South Asia review. 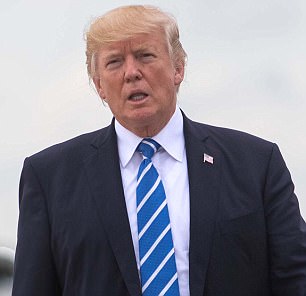 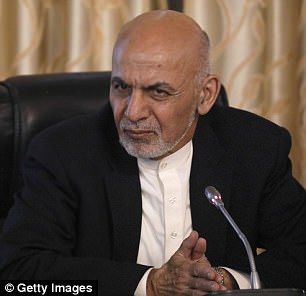 President Trump has asked the military to hold off on making an announcement, saying he want to tell the American people

‘I am very comfortable that the strategic process was sufficiently rigorous and did not go in with a pre-set position,’ Mattis told reporters traveling with him aboard a military aircraft to Jordan.

‘The president has made a decision. As he said, he wants to be the one to announce it to the American people.’

Afghanistan’s President Ashraf Ghani has been receptive to the idea of a prolonged American presence in his country, saying that the two countries have ‘mutual interest’ in seeing the country secured.

‘If I am correct in saying that this is a war over Afghanistan, I would like the American taxpayer to imagine, [given] what Osama [bin Laden] alone could do … what if a third, a half, God forbid, or all of Afghanistan, is a center of global terrorism incorporated? The threats, given the way threats operate now, will become much more pronounced,’ Ghani told Time Magazine in May.

‘Our cooperation on terrorism is based on mutual interest and that interest needs to be conveyed to the American public. They are not safe, but if this menace is not contained, none of us is going to be safe,’ he said. 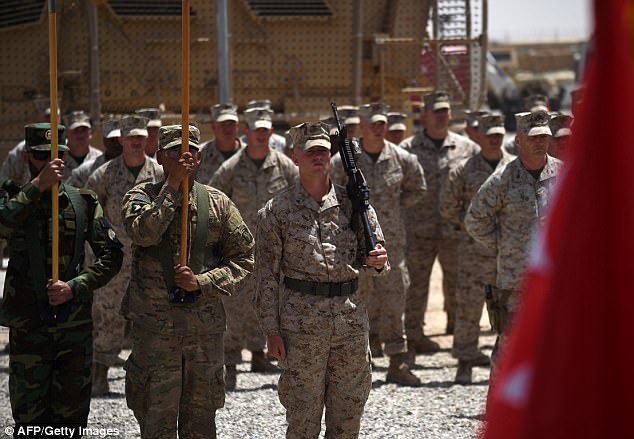 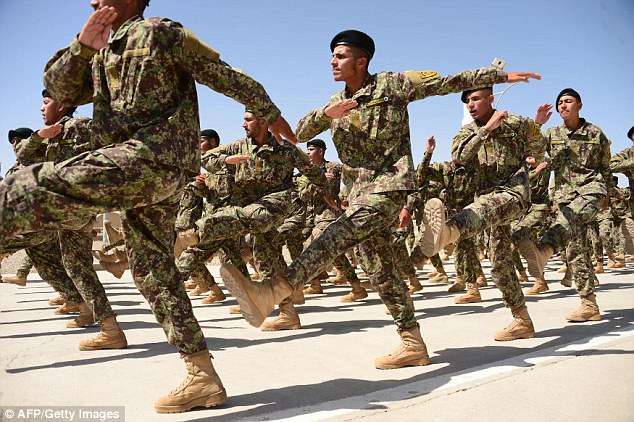 Afghan National Army (ANA) soldiers march during a ceremony for the completion of their training at a military base in Herat on May 29, 2017

After Trump met with his national security aides on Friday to review an array of options for Afghan strategy, the White House said no decision had been made on whether he would commit more troops to America’s longest war.

However, Trump tweeted on Saturday: ‘many decisions made, including on Afghanistan.’

US officials have told Reuters that the president was expected to be briefed on options ranging from a complete withdrawal of US troops in Afghanistan to a modest increase.

One US official, speaking on the condition of anonymity, said Trump’s top national security aides are backing adding between 3,000 and 5,000 troops and allowing them to embed with Afghan forces closer to combat.

Michael Kugelman, with the Woodrow Wilson Center think tank in Washington, said an extended strategy review was somewhat positive because it showed that all options were being considered. However, recent gains by Taliban militants made it imperative that a strategy be announced soon.

According to US estimates, government forces control less than 60 percent of Afghanistan, with almost half the country either contested or under the control of the insurgents.

‘The Taliban insurgency has never been stronger… We need a strategy to address all this, and fast,” Kugelman said. 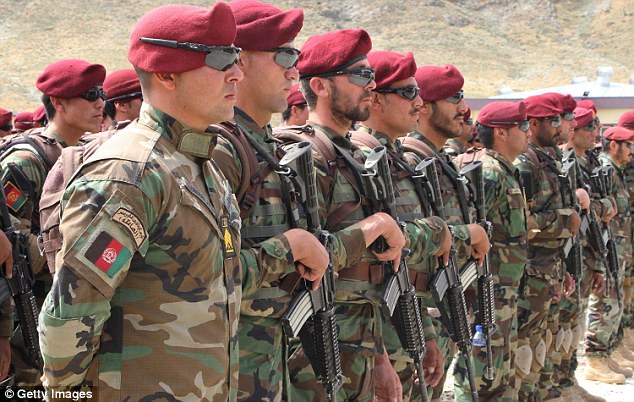 New Afghan Commandos attend their graduation ceremony in Kabul, Afghanistan on May 16, 2017