The panel of rugby league legends on The Late Show With Matty Johns have weighed into the Jason Taumalolo controversy at the North Queensland Cowboys and agree that there is something wrong with the former Dally M-winning lock forward.

There have been rumours of a rift between Cowboys coach Todd Payten and the star ever since he made the controversial call to limit Taumalolo’s minutes and shift him to the second row and prop in 2021.

Those rumours have intensified after the Tongan captain struggled to get back to the defensive line and made just 136 metres in limited minutes during the Cowboys’ dour 6-4 loss to the Bulldogs – well below his usual output.

Taumalolo struggled to get any momentum up during the North Queensland Cowboys round one clash with the Bulldogs in Townsville and only played limited minutes.

Matthew Johns put the issue to the panel on his late-night Fox Sports show and they were all in agreement that something looked wrong with Taumalolo in round one.

Here is what they said:

Gorden Tallis: ‘I think you just hear so many noises up there, there’s just that uncertainty, I don’t know,’ he said.

‘I think there is a rocky road because Taumalolo was their best player, I think he has won five or six player of the years and he was their heart and soul after Johnathan Thurston and Matty Scott

‘He hasn’t reached the heights that we all know he can.

‘There’s rumblings already about him. If the noise doesn’t go away with the big player and the coach …’

Nathan Hindmarsh: ‘It’s his playing, you know there’s something not quite right.’

Tallis: ‘He did get injured a bit last year.’

However, Cowboys coach Todd Payten told 7 News Townsville that he would laugh about the allegations with his star forward.

‘It’s at the point where we’re laughing between each other. All the noise will stop when we win ,’ he said.

While Taumalolo was shifted to prop in the round one loss to the Bulldogs and played limited minutes, he has been named to start at his preferred position at lock ahead of their round two match against Canberra. 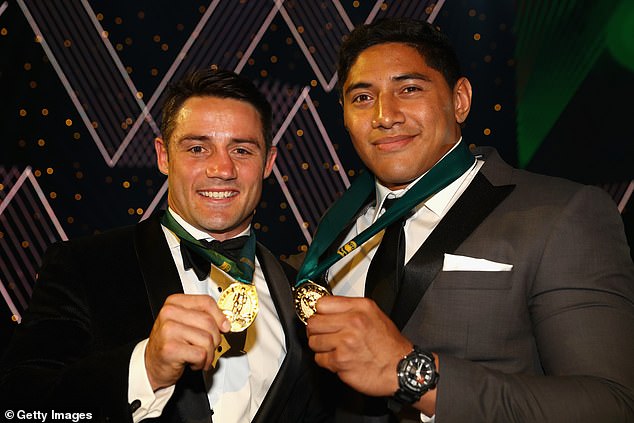 Happier days when Taumalolo shared Dally M honours as the best player in the NRL with Melbourne Storm star Cooper Cronk in 2016.

Previously Payten had pointed to the fact that Taumalolo had missed the trials with a hamstring complaint and backed him to improve as the season goes on.

‘It’s been a hot topic again through the week, I find it rather amusing at the moment,’ he said on Friday.

‘Look, to put some context around his pre-season, it was very interrupted, he didn’t get a trial, he had very limited prep leading into that round one performance and I thought he was really strong.

‘He won all of his tackles, his movements went really well and he carried the ball well enough.

‘He’ll be better for the run. I thought he did really well and I expect him to take another step forward.

‘There’s no pressure felt by Jace or I or the club. It’s almost at the point where we are laughing between each other.

‘I’ve addressed – and so has Jace – on numerous occasions around our relationship and there’s no rift.

‘All that noise will stop when we win.’ 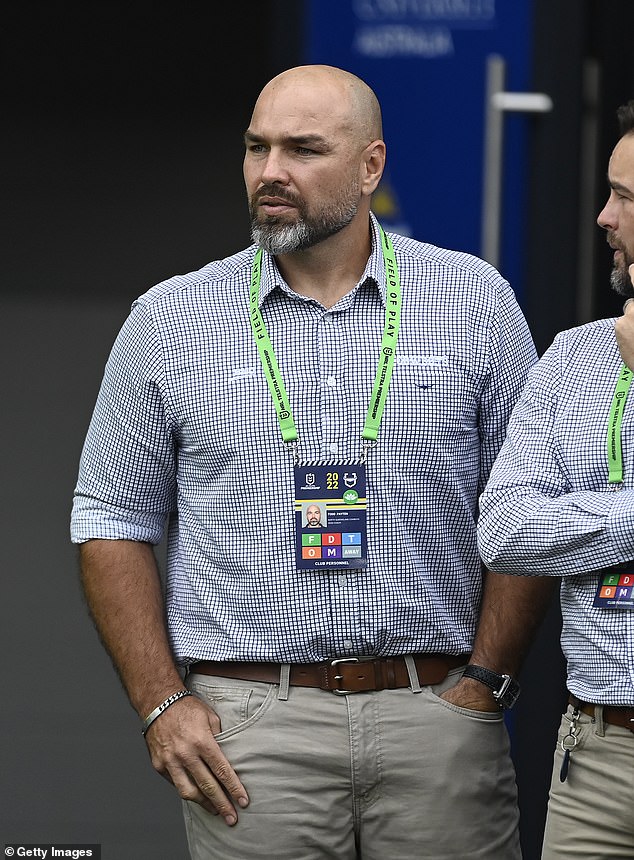 Payten is under early pressure in 2022 after the Cowboys underperformed in 2022 and rumours or a rift with Taumalolo keep intensifying.

Jordan McLean, the forward who led the team in Taumalolo’s absence last year, dismissed the allegations.

‘I think it’s pretty silly, to be honest,’ he said on Wednesday.

‘”Hulky” [Taumalolo] loves it up here and him and Toddy have a great relationship – it’s just typical outside noise.

‘Maybe if we win last week none of this talk is here, so our job is to go out there and win each week.’