‘You have to wait to repair the damage’: Mauricio Pochettino admits he is spurred on by Tottenham’s Champions League final heartbreak

Mauricio Pochettino has spent his summer picking at the scars of Madrid when Tottenham’s glorious European adventure reached its anti-climax.

‘To be honest, I thought about it a lot during the summer,’ said Pochettino as he prepared for another Champions League odyssey in the Athenian port of Piraeus.

‘To finish that way in the final is always so painful. You can’t put out the feeling of losing the last game of the season. You have to wait to repair the damage.’

The new campaign may offer some sort of closure for players such as Heung-min Son who has been suffering a recurring dream where he sees Liverpool lifting the trophy time and again.

‘It is always painful to lose that that type of game, the final of a major trophy,’ said Spurs captain Hugo Lloris.

‘We cannot change the past. But you never know when you will get another opportunity.’

Lloris speaks from experience. With France, he went from defeat in the final of Euro 2016 in Paris to euphoria at the World Cup two years later.

For Spurs, with senior players Christian Eriksen, Toby Alderweireld and Jan Vertonghen out of contract at the end of the season, there is a feeling that this could be a last big push for this group before the cycle turns on a new team.

Pochettino insists Tottenham are not among the favourites to reach the final in Istanbul but perceptions will have changed.

From the ignominy of an early exit at Wembley in 2016-17, to defeat against Juventus in the last-16 a year later and the giddy thrills of last season’s escape from the group in Barcelona and knock-out victories to see off Borussia Dortmund, Manchester City and Ajax. 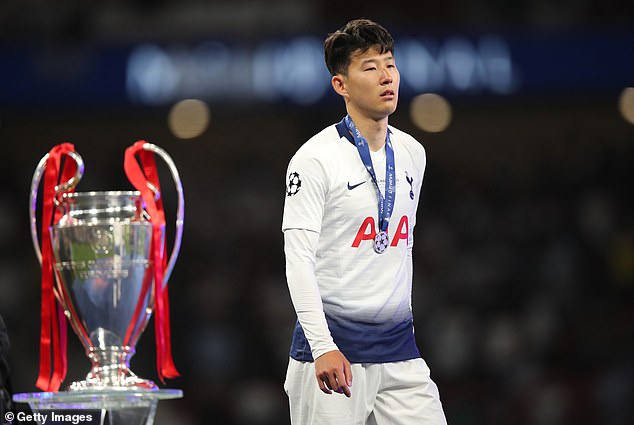 Clear progress comes with expectation and Olympiakos with their passionate fans are billing Spurs as titans to be toppled.

‘I am Argentinian and I love to play in this kind of atmosphere when the crowd is tough,’ said Pochettino. ‘A few months ago we played in the final of the Champions League and so it is normal for people to think Tottenham is a step above Olympiakos and to put us down as favourites.

‘You need to show why you are favourites. If we are not focused we are going to suffer.’

Tottenham broke clear of their early-season sluggishness with a 4-0 win against Crystal Palace on Saturday but Pochettino is planning to make changes. 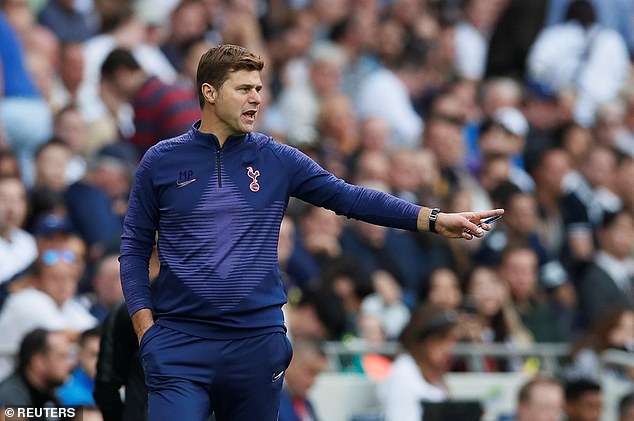 ‘In 21 days we play seven games,’ said the Spurs boss. ‘We are going to use all the players. If not it is impossible to keep the level we want in every single game.’

Danny Rose and Serge Aurier have been rested and did not travel. Juan Foyth, Giovani Lo Celso and Ryan Sessegnon have stayed in London, all injured.

This time last year, Pochettino rested players for similar reasons, lost the first game at Inter Milan and Spurs were on the back foot from the outset in a difficult group.

This year, in Group B with Bayern Munich and Red Star to come he will not want to squander points to the Greek outsiders.