Mauricio Pochettino admits Tottenham must do better when leading games

‘We must improve in these situations’: Mauricio Pochettino admits Tottenham must do better after throwing away two goal leads against Arsenal and Olympiacos

Tottenham manager Mauricio Pochettino admits his side must find a way to improve their game management after they surrendered a two-goal lead for the second time in three games.

Against Olympiacos on Wednesday, Spurs led 2-0 thanks to goals from Harry Kane and Lucas Moura. But they were pegged back in Athens, conceding a goal in both halves as the Champions League clash ended 2-2.

Just two games earlier, Spurs found themselves in an identical position against rivals Arsenal, only to again finish with a point after leading by two goals. 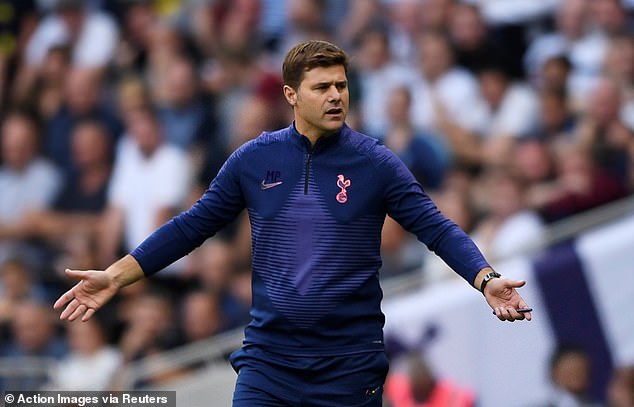 ‘A few months ago we were in the final of the Champions League. We were not talking about mentality, we got a lot of praise because we played the final.

‘It’s to be on the same page and to create the dynamic to match every opponent, not only in our physical condition and motivation but our mentality and will.

‘Our approach to the (Olympiacos) game was the difference. If you watch the first two minutes of the Crystal Palace (when they won 4-0) game compared to yesterday, the difference wasn’t the quality or the talent.’ Pochettino insists that the 3,000 mile round trip to Olympiakos just three days before their weekend fixture won’t be an excuse. 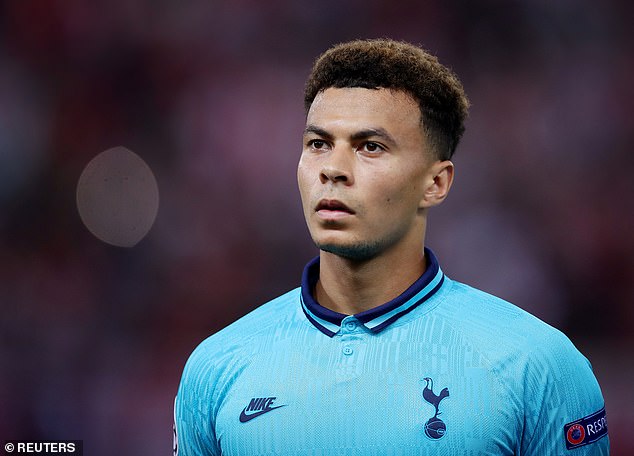 Pochettino also urged patience with Dele Alli, who is only just returning from injury

He said: ‘We cannot think about that, we need to be ready to compete on Saturday.

‘It’s a thing that we cannot change. I prefer to talk positive, we have a big squad and I hope to have a very good game. Of course it’s not going to be an excuse, we need to approach the game in the right condition.’ The Argentinian also pleaded with fans to be patient with Dele Alli. The England midfielder started his first game of the season for Spurs on Wednesday night after recovering from injury.

‘He needs time to recover his feeling,’ Pochettino said.

‘I was happy with his performance yesterday and his effort.’