Mauricio Pochettino called on Tottenham supporters to pack Wembley Stadium once again for the visit of Inter Milan but he chose his words carefully.

‘I hope it will be full,’ said Pochettino. ‘If it’s not, I’m not going to say anything. Our fans have been fantastic in the last year and a half.

‘We understand the frustration and disappointment. They expected to be in the new stadium and I know Wembley can seem empty even with 50,000 or 60,000, but I am so happy with them and so proud of them.’ 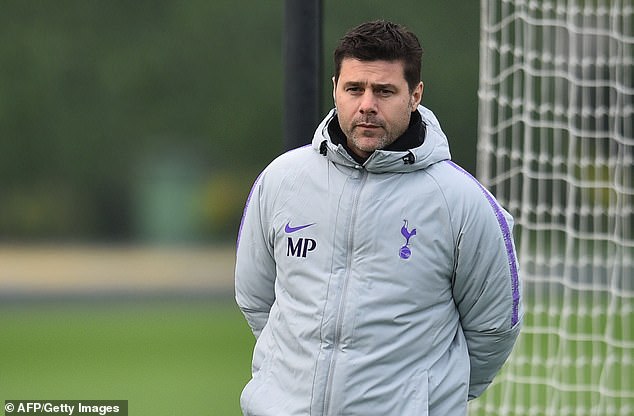 Mauricio Pochettino, pictured in training on Wednesday, wants a packed crowd against Inter

There have been signs of Spurs supporters growing weary of the Wembley experience this season and an increasing number have started to vote with their feet.

Just over 55,000 were inside for a thrilling 3-1 win against Chelsea at home on Saturday, which was the third largest attendance of the Premier League weekend but well down on more than 73,000 for the same fixture last season.

There were less than 57,000 for the visit of champions Manchester City compared to more than 80,000 when Pep Guardiola’s team visited in April.

A late switch to a Monday night was blamed for the depleted City crowd but Chelsea was Saturday tea-time, a local derby and neither game was subject a council-imposed cap. Nor was Fulham which drew in 58,297. 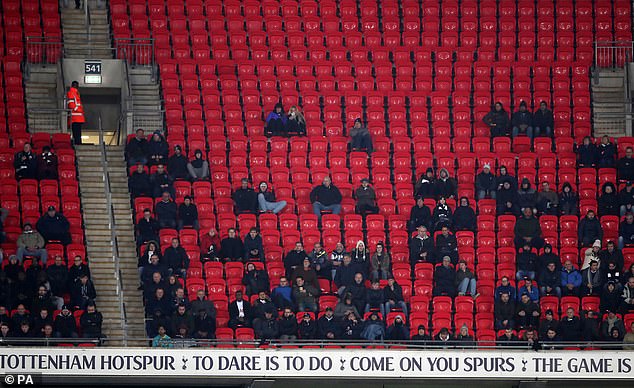 Just over 55,000 were inside for a thrilling 3-1 win against Chelsea at home on Saturday

On the eve of the Inter tie there were still tickets on sale. The crowd is expected to be up on Chelsea although not full for a must-win fixture against one of Europe’s most prestigious teams.

These are big crowds watching Pochettino’s team but the trend is down. Spurs fans are clearly cooling on Wembley.

For starters, it is simply not home. It is inconvenient for many. And it is more expensive than last season.

Those who bought season tickets for the new £850million stadium at White Hart Lane which was supposed to open in September are having their money refunded at one game at a time for the Premier League home fixtures. 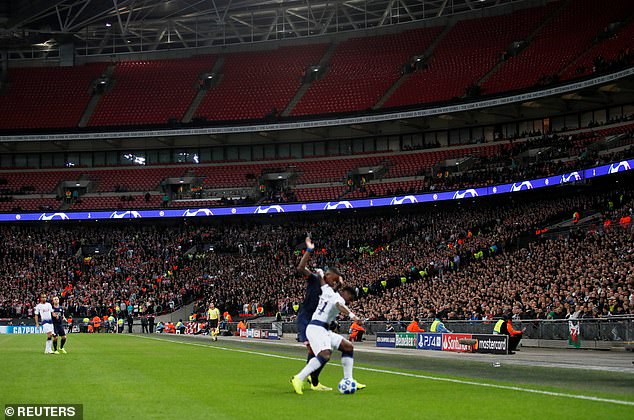 Then they have a chance to buy a Wembley ticket for the same price – but this is more than the same ticket cost at Wembley, last season.

A complex refund and purchase system is an ongoing source of irritation and regulars have remarked on an increased number of neutral football fans and tourists in the stands.

The capacity was capped against PSV Eindhoven but was not sold out, even with a large Dutch allocation.

Two years ago, when Tottenham hired Wembley for the European campaign, they were able to sell three Champions League group games as a package for as little as £70 and attracted 85,512 for the second home tie, against Bayer Leverkusen. 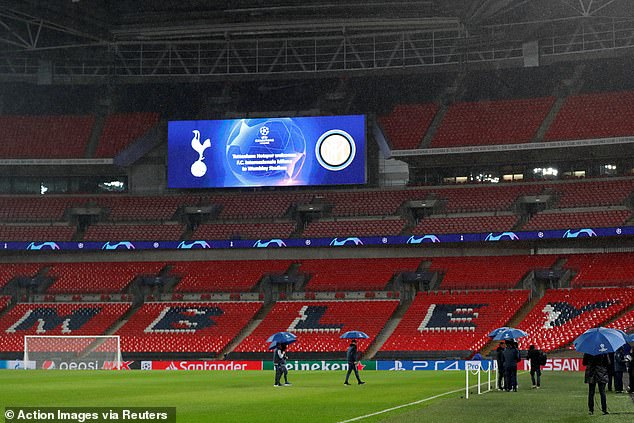 It is the biggest home attendance ever recorded by any English club.

When they slumped into the Europa League the tickets started at £5 and more than 80,000 turned out to see them take on Gent.

Last season, Spurs at Wembley was not such a hard sell.

Prices were attractive, fans had a clear understanding of what was going on and were committed to one year away from White Hart Lane as the fabulous new stadium started to take shape.

There was a Premier League record crowd of 83,222 recorded for the North London derby against Arsenal in February. 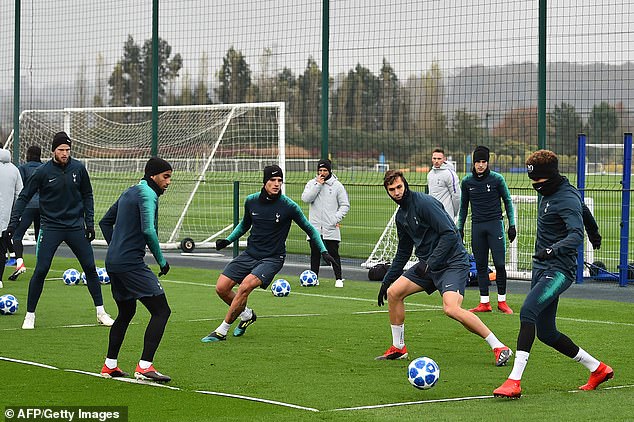 This season, the mood has changed, enthusiasm drained away and patience has started to wear thin as the return to Tottenham suffered delays.

Four Tottenham games at Wembley in December – against Southampton, Bournemouth, Burnley and Wolverhampton Wanderers – will all be capped at 51,000.

The club has applied to Brent Council for the reduced capacity limit to be raised to 62,000 after the turn of the year and will be able to request some fixtures at full capacity.

Manchester United, on January 13, will be full capacity if Spurs are still at Wembley.

The United fixture will be the club’s 10th Premier League home game of the season, marking the halfway stage of the campaign.