‘I think it is not a problem… we need to assess him, but I think he was tired’: Mauricio Pochettino plays down Dele Alli injury fears ahead of Champions League final showdown vs Liverpool

Tottenham boss Mauricio Pochettino does not think Dele Alli is in danger of missing the Champions League final despite being substituted against Everton.

The England international was brought off at half-time during the final Premier League game of the season, but Pochettino says it was just a precaution.

With injuries decimating Spurs’ squad in midfield and attack, Alli has been made to play every game in recent weeks and has looked leggy at times.

Alli, who will now have two days off to rest, will be assessed as preparations for the biggest game in the club’s history against Liverpool on June 1 begin in earnest.

Pochettino said: ‘He didn’t start in the warm-up, he was feeling strange and then his performance was very poor in the first half because he can’t cope with the situation.

‘So because of caution, he was out. I think it is not a problem. We need to assess him, but I think he was tired, but for the circumstance again we played with him.

‘I think in a normal condition he was for sure not starting the game, but we started with him and, before that problem starts something, at half-time we made the change.’

The 2-2 draw against the Toffees ensured a fourth consecutive top-four Premier League finish and a third successive year finishing above Arsenal in the table.

Indeed, the Gunners were only ahead of Spurs in the standings for 48 hours of the season, but captain Hugo Lloris insists rivalry is not what was driving them on. 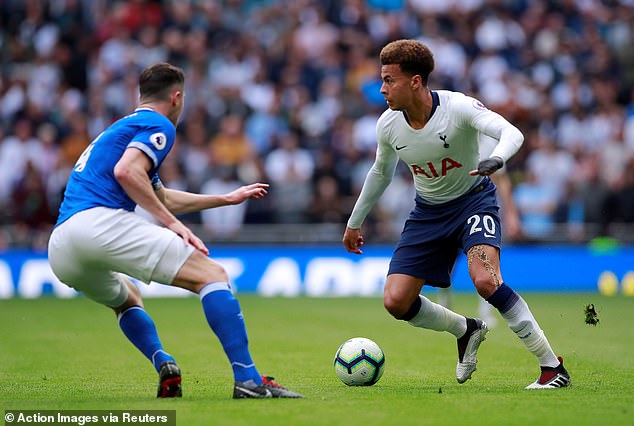 ‘We don’t look at that type of thing,’ he said. ‘It probably can satisfy some people but it’s not the case for us.

‘From the first day that the gaffer arrived, we always wanted to build something strong, be competitive in the Premier League and in European competition.

‘This is what we’re doing, step by step. The target is still the same: to reduce the gap with the best clubs in Europe and I think we’re going in the right way.

‘It’s like in life – you don’t have to look at your neighbour and compare.

‘You need to think about and be focused on yourself to make a success of your life and develop and improve as a person and a professional.

‘This is what we’ve done and we don’t want to stop. We want to carry on in the same way. It’s the perfect example.

‘Every person tries to develop themselves and the best way is to be focused on yourself and not your neighbour.’ 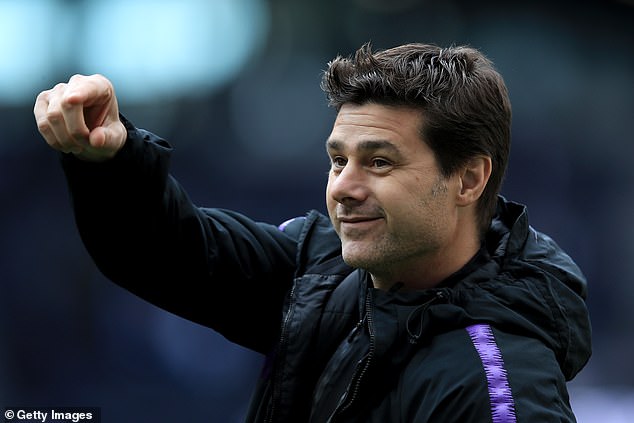 Theo Walcott, who scored Everton’s first on Sunday, believes the manner of the Toffees’ display, which saw them hit back from conceding an early goal, bodes well for next season.

‘The manager (Marco Silva) trains us hard every day, he is very intense and I feel like we have got rewarded [for our work] towards the back end of the season,’ he told the club’s official website.

‘I think we can look forward to next season now. It’s gradual steps and I feel we’ve picked it up.

‘We just have to work on that now and build on that. I think we can score more goals and dominate with the ball-players we have in this team.

‘But it is definitely a progression from last season.’