Mauricio Pochettino has insisted his Tottenham side must quickly get over the disappointment of the Premier League defeat at Arsenal by getting a morale-boosting victory at Borussia Dortmund in the Champions League on Tuesday.

Spurs’ loss at the Emirates on Saturday dropped them to fourth in the table, 11 points behind league leaders Manchester City, and extended their woeful away record against fellow top-six teams to one win in 17 games.

Tottenham, who are top of their Champions League group, have already sealed progression to the knockout stages and Pochettino believes their penultimate group match against a struggling Dortmund is the perfect opportunity to get a much-needed win. 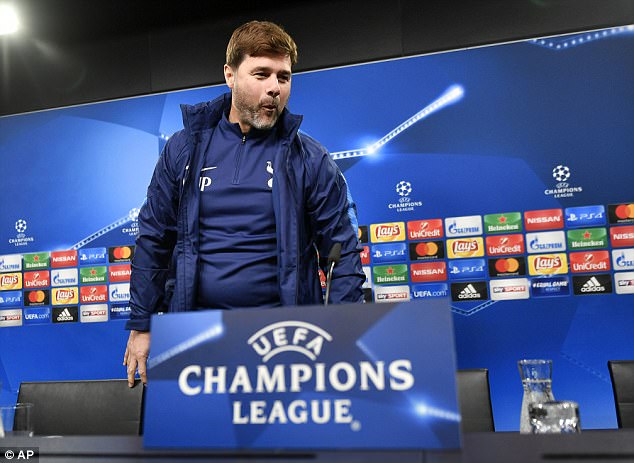 ‘Now we have to keep going and get ready for Borussia Dortmund. Okay, we’re already in the next stage of the competition but we want to win and try to change the feeling we have from the weekend,’ Pochettino told the club’s website.

‘It’s always important to compete and to be focused on the next game and when you lose, it’s important to play as soon as possible to change that feeling.’

‘It’s probably good that we have a game so quickly after the derby and you can have a bit of revenge — you can show the world that you are a better than what you saw on Saturday,’ Eriksen told reporters. 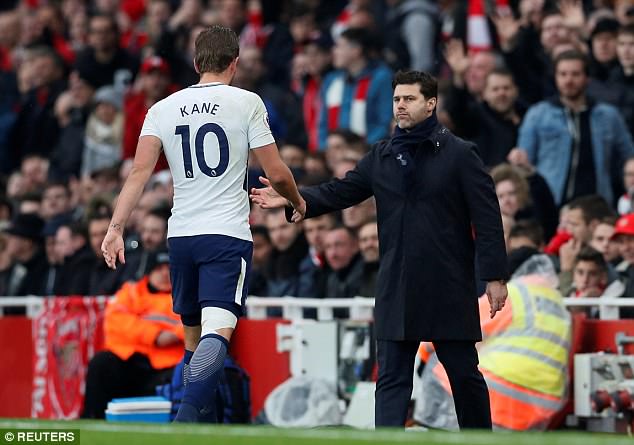 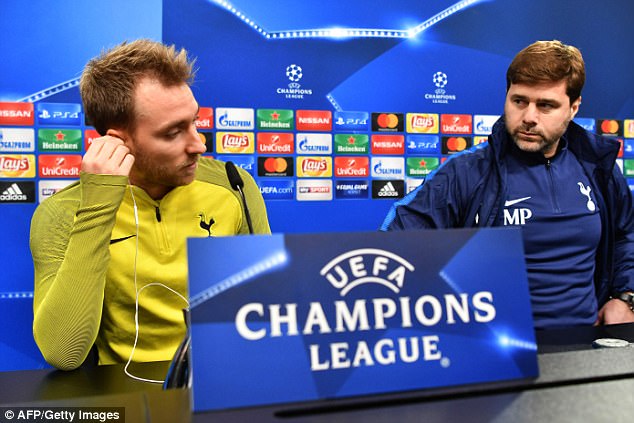 Tottenham were favoured to win the north London derby and were criticised on multiple fronts after the poor showing but Pochettino has welcomed the increased expectations — saying it showed the club’s improvement during his reign.

‘The expectation now is that we win the Champions League and Premier League and I am happy with the pressure and the criticism,’ Pochettino added.

‘It means people expect more of us. We know very well we have improved in every single aspect.’