The legendary 32-year-old’s deal at the Etihad is set to run down in just six months and an agreement has not yet been reached over an extension.

And now Satin, who has represented the likes of Olivier Dacourt and Michael Landreau, has revealed Pochettino is prioritising moving for Aguero and making him his first big signing at the Parc des Princes.

With his future still uncertain, Aguero is now able to discuss penning a pre-contract agreement with foreign clubs ahead of joining them at the end of the season.

Satin made an appearance on the Late Football Club show on Canal+ on Thursday and underlined Pochettino’s intentions.

The former Tottenham coach took up his first job after being sacked from the Premier League outfit last week, replacing Thomas Tuchel after PSG’s mixed start to the campaign. 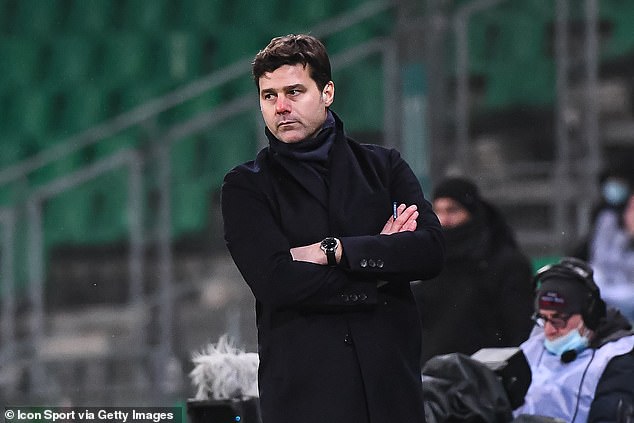 His sights have immediately been set back on England, however, with the hope of luring Aguero – City’s all-time record goalscorer – to Paris.

Aguero’s hefty wage packet is not likely to pose a problem in a boost for Pochettino’s sky-high ambitions.

His £240,000-per-week earnings would at least be matched by PSG, who also boast star forwards Neymar and Kylian Mbappe on eye-watering figures.

But the veteran frontman has made just five appearances this term after struggling with a series of injuries. 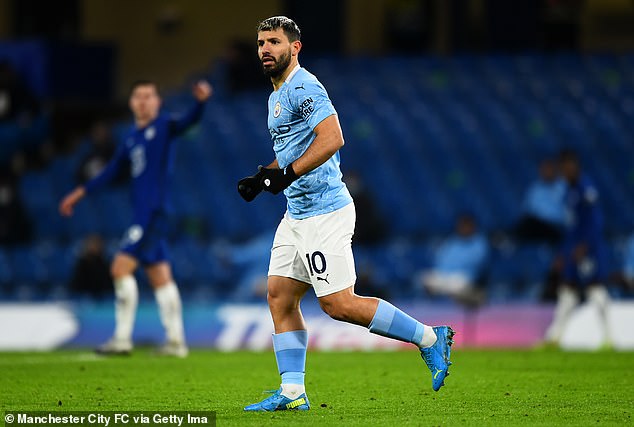 Aguero, 32, is City’s all-time leading scorer but has just six months left on his hefty contract

City are expected to sign a new striker this summer to cope with the dilemma, and may even offload Aguero in order to focus their efforts on a long-term replacement.

Pep Guardiola insisted last October that Aguero must earn a new contract with his club – but was also left in doubt over the ace’s ability.

He said: ‘We know what he means for us, we know how we appreciate him, but now he has to show like every one of us, me first, that we deserve to continue here and playing good and winning games.

‘After that, the club and myself of course decide, but about his quality… when he is playing in his level and we don’t have any doubts he is a player to stay until he decides (to go) because he is unique, the numbers, he is important for us, the fans and for everyone.’ 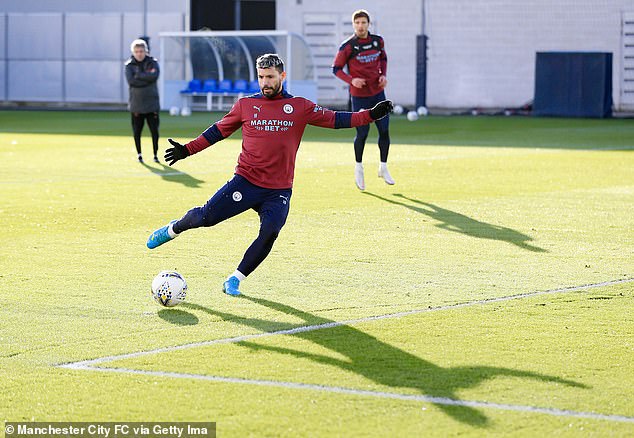 Sportsmail columnist Micah Richards, who played alongside Aguero at City, revealed last year that he expected him to pen fresh terms.

‘His intention has always been to finish his career back in Argentina but I expect now Pep Guardiola has signed a contract extension that Sergio will do the same,’ he said.

‘Whether it is for 12 months or two years, it is a piece of business I hope City conclude.

‘City will sign another striker in the future, and hopes are high for Gabriel Jesus and Ferran Torres, but there is nobody like Sergio.’