Give them a day off Mauricio, surely they deserve it after this.

Grumblings from within the Tottenham squad about their non-stop schedule were, at least for a little while, forgotten on Tuesday night.

Sportsmail revealed last week that for a number of Tottenham’s internationals, last Tuesday was their first full day off since September 15, the day after their 4-0 win over Crystal Palace. 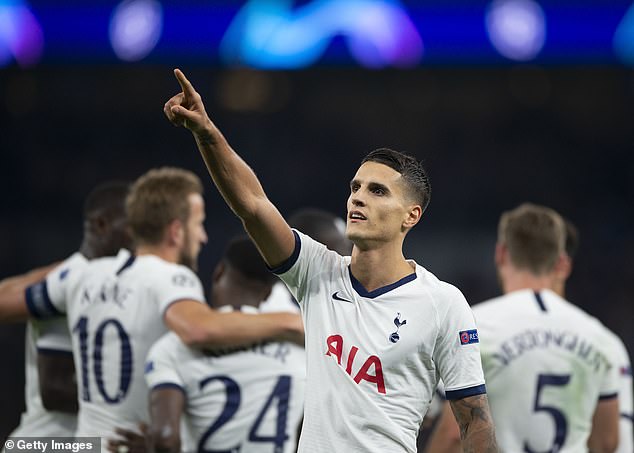 You could hardly call it a day off either, many of Tottenham’s England contingent did not return from that emotionally-charged night in Bulgaria until around 5am.

As it stands, Sportsmail understands many of Spurs players do not have another full scheduled day off until at least the end of the month at the earliest as Pochettino tries to unearth a solution to the problems that have engulfed their troubled season so far.

But as the old adage goes: hard work wins the day. It appears that is exactly what Mauricio Pochettino is banking on.

It will, however, be interesting to see if Pochettino adapts his training schedule moving forward. 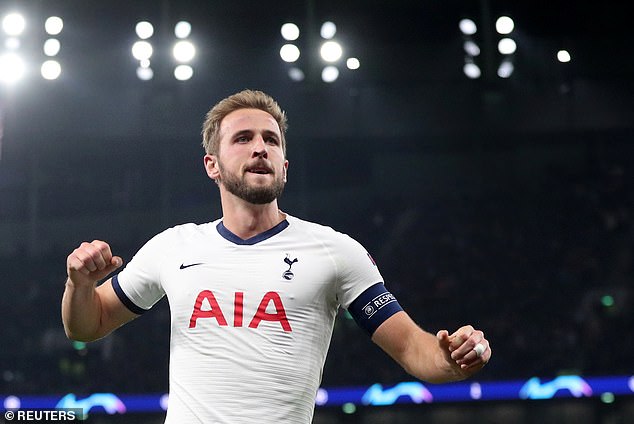 Yet, perhaps those Spurs players who are longing for extra time off should be careful what they wish for.

Because if they feel like they’ve got it bad, then instead of showing them a re-run of this convincing win maybe Pochettino should show his players Patrice Evra’s performance on Sky Sports’ Monday Night Football as he discussed his spell at Juventus under Max Allegri – who has been linked as future Tottenham manager.

‘I won a lot of trophies with United but I felt like I was on holiday compared to Juventus,’ said Evra.

‘You train on the day of the game, playing for Juventus was one of the most difficult times of my life, you get one day off a month.

‘Some players vomit, and they were like keep training, they wanted me to run 12km, but in the game I’d run 9km, 10km – it was such a shock for me.’

The only team who were sick here, though, were Red Star as Tottenham pulverised them to take another step towards rebuilding their shattered confidence. 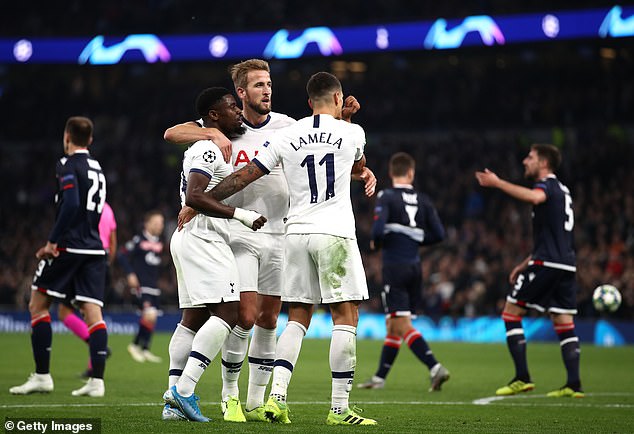 The verve, rhythm and gumption looked to be re-appearing in Spurs’ game on Tuesday night

A fortuitous draw against a team who are bottom of the table and and haven’t won a Premier League game since August could hardly have been deemed a step in the right direction.

This demolition of Red Star, though, certainly was. The verve, rhythm and gumption that we’ve become accustomed to looked to be re-appearing.

Of course, it’s far too early to be claiming Tottenham are back. It’s the small matter of Liverpool at Anfield on Sunday.

Get a result there and then we’ll be talking.