Mauro Icardi admits Inter Milan were sub-standard as they lose to Barcelona in Champions League: ‘We left too many spaces and allowed them the initative’

Mauro Icardi admitted Inter Milan played far beneath their usual standards as they lost 2-0 to Barcelona in the Champions League.

The Argentine striker was largely anonymous as he returned to the club where he spent three years as a youth team player.

But despite Barcelona being without the injured Lionel Messi, who watched from the stands with his fractured arm in a sling, goals from Rafinha and Jordi Alba sealed a comfortable win. 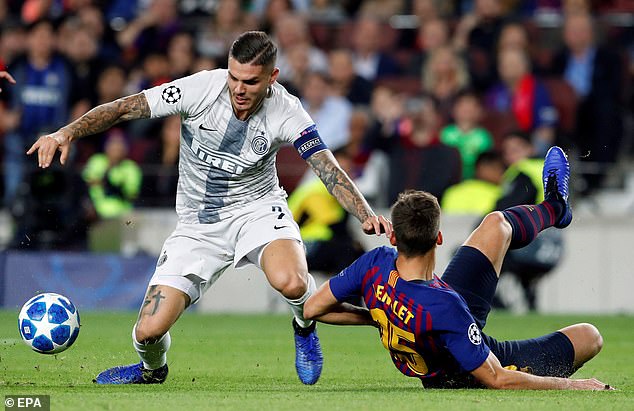 ‘I think the difference was in the first-half, where we didn’t play up to Inter standards,’ Icardi told Sky Sport Italia. ‘We left too many spaces and allowed them the initiative.

‘In the second-half, we did better and forced Barcelona to misplace passes, but could’ve done more to make the most of the situation by finishing off the chances.

‘I am not very happy with the performance, because we could’ve done well from the start and instead were pinned back. We’ve got to put in a great shift at San Siro [in two weeks’ time] and get points to go through. 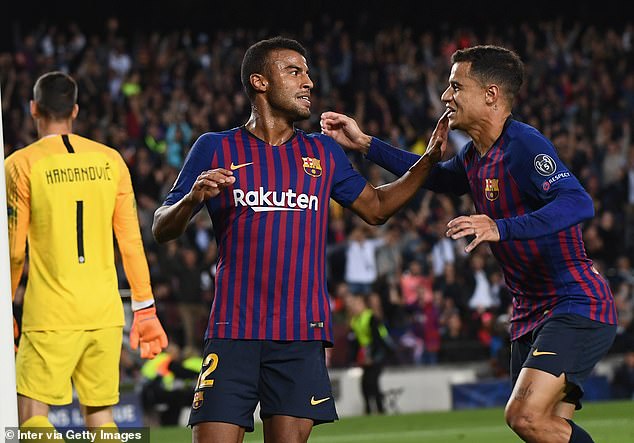 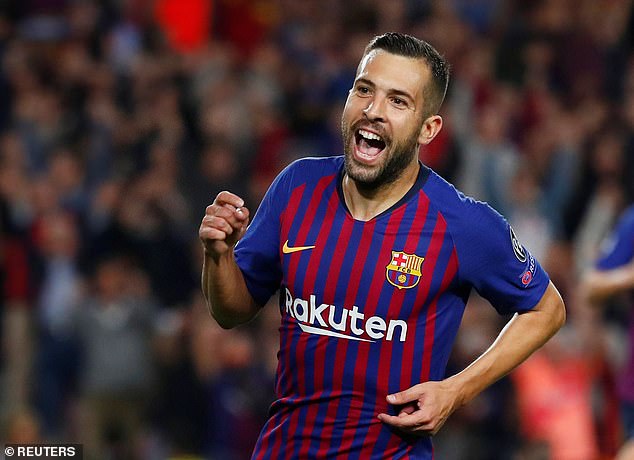 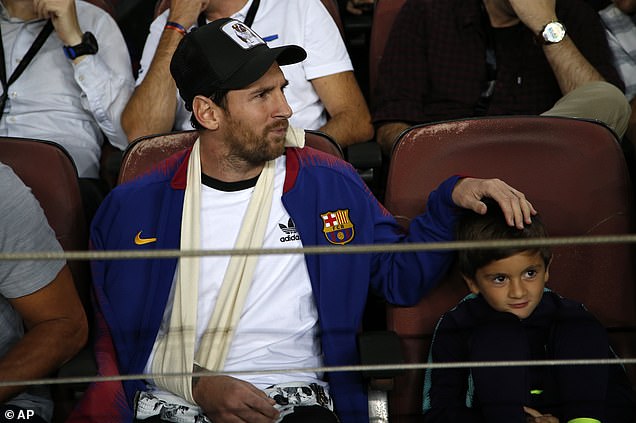 ‘We knew that we were up against world class champions who have won everything over the years. If you allow them a goal, it becomes difficult to recover.’

Despite the setback, Inter remain in a strong position to advance to the knockout stages from Group B, having taken six points from their opening three matches.

After PSV Eindhoven and Tottenham drew on Wednesday night, Inter have a five-point cushion in second position.