There are not many things Pep Guardiola and Lionel Messi can get the blame for at Barcelona but Mauro Icardi ending up at Inter Milan could be one of them.

The Argentine striker left the Camp Nou in 2011 without ever really having been given a chance mainly because he could not be the false nine, or play either side of a false nine in the forward line dreamed up by Guardiola to suit the needs of Messi.

Icardi arrived at Barcelona when he was 15. For two years he battled away trying to break through but the rule of law at the club had been set in stone.

Mauro Icardi began his football career at Barcelona, coming through the academy ranks 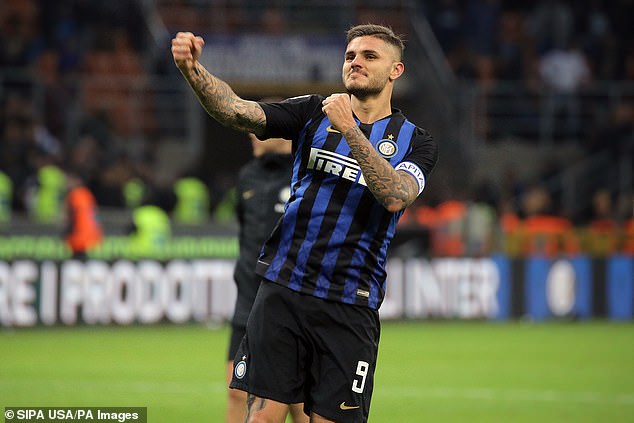 He returns to the club on Wednesday evening with current side Inter Milan, who he captains

With Guardiola using Messi as a false nine in the first team and the youth team coaches obliged to at least attempt to reflect first team systems and tactics, Icardi – already an out-an-out goalscoring centre-forward – was overlooked as converted midfielder Rafinha became the under-18s false nine.

He had fitted in to the city without problems. He shared a flat with Sergi Roberto and later-to-be Stoke defender Marc Muniesa, plus Icardi’s pet Iguana.

He also got along well with compatriot Messi – a relationship that would later deteriorate as the two played together for Argentina. Last summer there was speculation that Messi had been behind the decision to leave Icardi out of the squad. 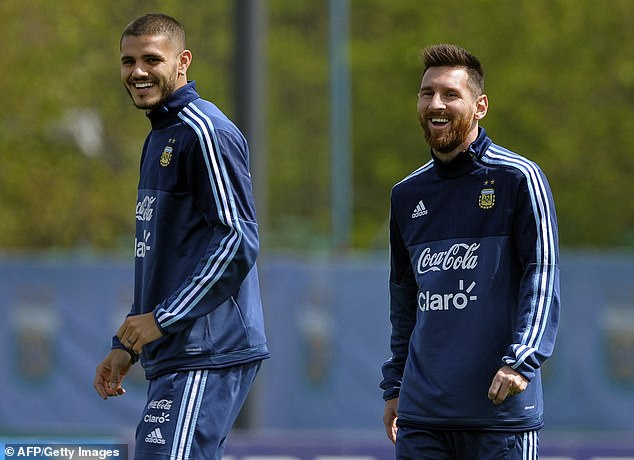 Long before those problems the pair were buddies sharing stories about the home town they shared.

But it was the false nine philosophy that had been established around Messi and that would later do for Zlatan Ibrahimovic and to a certain extent David Villa, before Luis Suarez finally broke through the barrier, that meant they were not team-mates for very long.

Tired of getting nowhere Icardi called it quits at Barca and tried his luck at Sampdoria where he first scored 13 goals in 19 games for the youth team and in the 2012-13 season where he scored 19 goals in the club’s B-team. Inter soon came calling. 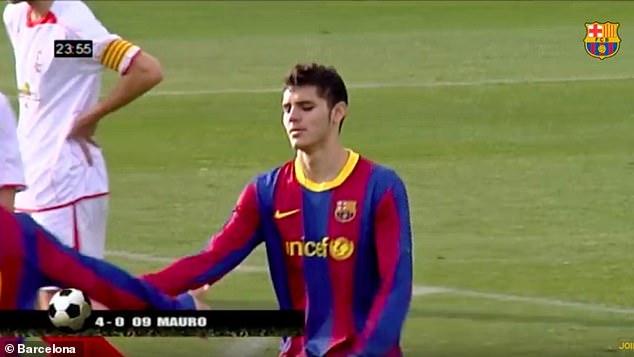 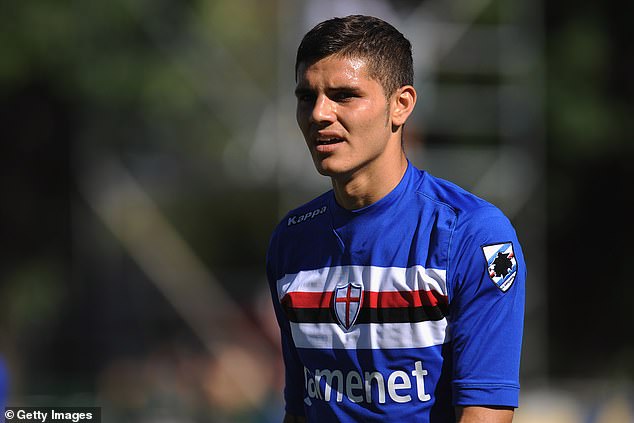 He decided to move onto Sampdoria, where he thrived before joining Inter Milan

On Wednesday he finally runs out at the Camp Nou but against the side he had dreamed of playing for as he grew up on Gran Canaria a nine-year-old recently arrived from Rosario his (and Messi’s) native city.

‘This is where it all began for me,’ Icardi said on Tuesday in his pre-match press conference. ‘I am happy with the decisions I made,’ he continued as he was quizzed about the possibility of returning one day.

Both Barcelona and Real Madrid want to sign a centre-forward. Luis Suarez and Karim Benzema will not go on forever and Icardi was even an option for Madrid last summer as they began to think about how they would score enough goals without Cristiano Ronaldo.

‘Offers always come in,’ said Icardi. ‘At the moment I am focused on Inter and my family is very happy in Milan.’ 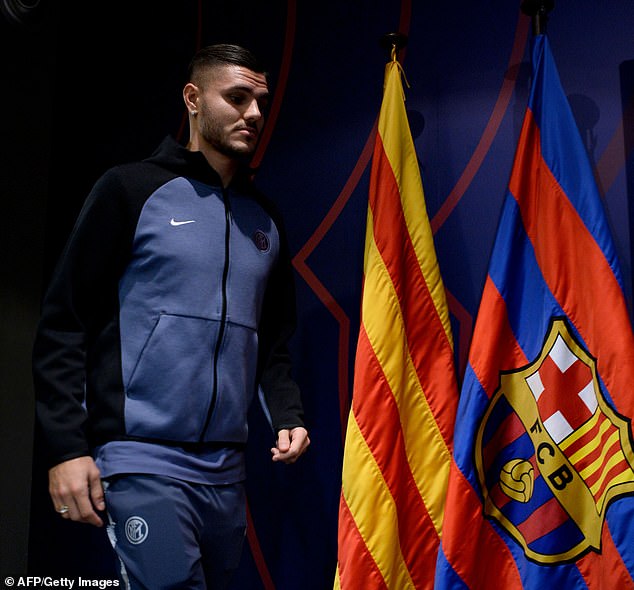 His current deal runs out in 2021 and there is a feeling, despite him being settled in Italy, that a Spanish side will come calling for the kid who used to score for fun at local Canary Island club Vecindario to the point where half La Liga were scouting him.

Barcelona won the race to sign him back then. On Wednesday night, they must stop him with a defence that has not always convinced this season and that is reduced to just Gerard Pique and Clement Lenglet after injuries to Samuel Umtiti and Thomas Vermaelen.

Madrid will be watching closely – there is nothing like a goal against Barcelona to perk up interest in the Spanish capital. They miss Ronaldo and, as Icardi is currently proving but never had the chance to show at Barcelona as a kid, he knows where the goal is. 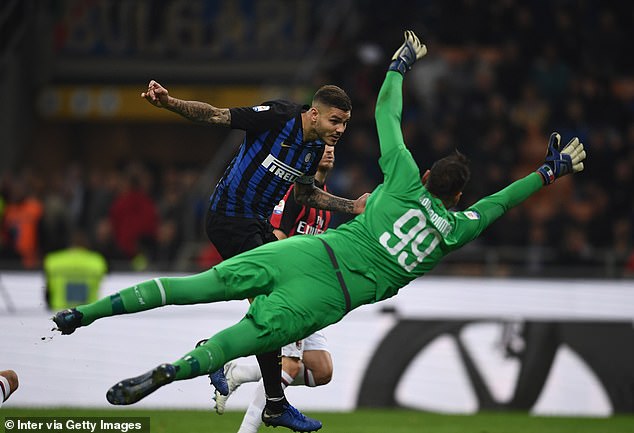