Max Verstappen gave an indication of what to expect from this afternoon’s qualifying for the Austrian Grand Prix after going more than half a second quicker than Lewis Hamilton in final practice.

The Red Bull star holds an 18-point lead over the seven-time world champion heading into the race at the Red Bull Ring, having won at the same venue last weekend.

Hamilton, 36, had shown positive signs in Friday’s practice sessions but Verstappen emphasised his team’s superior pace in Saturday morning’s practice as the drivers prepare for qualifying at 2pm BST. 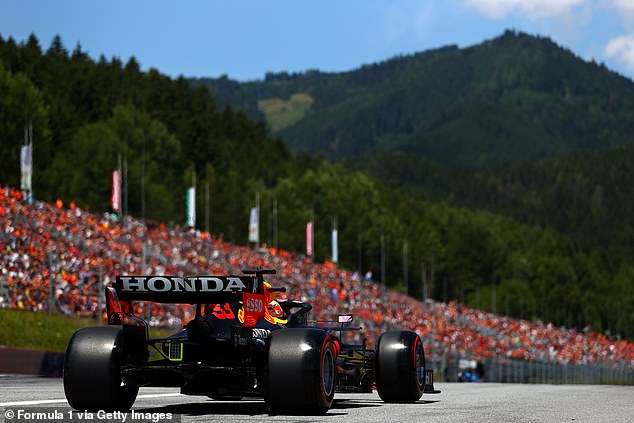 The Dutchman, 23, returned to the Red Bull Ring bidding to emulate his victory last weekend

Verstappen clocked in a fastest lap time of 1:04.591 while Mercedes’ Valtteri Bottas was second quickest with a time half a second slower than the Red Bull man.

The Briton enters this weekend’s race in buoyant mood having signed a two-year extension with Mercedes. 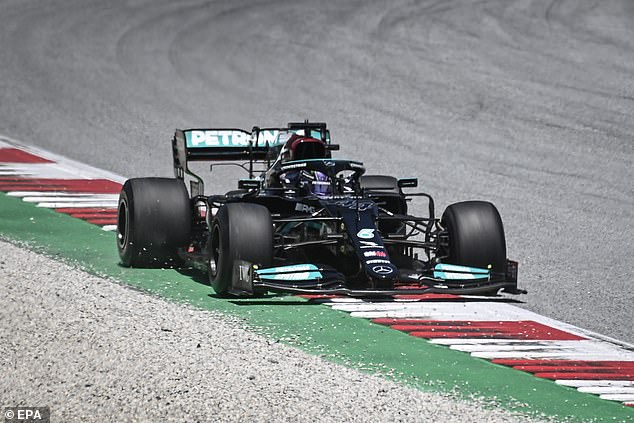 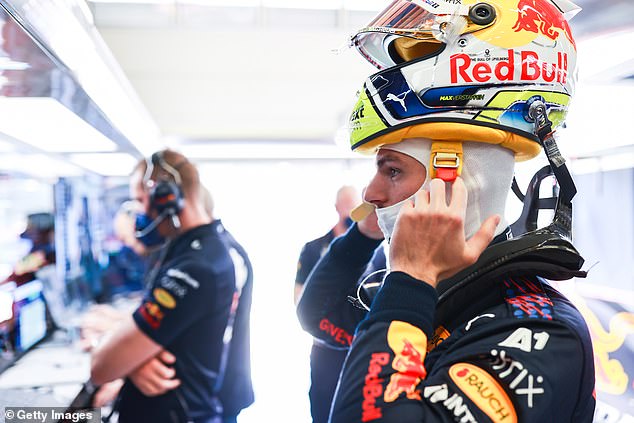 Sportsmail understands that the two-year deal is worth £40m a year, with team principal Toto Wolff pulling out all the stops to tie his star man down to extended terms.

Hamilton’s current one-year deal was concluded only weeks before this season started, raising doubts over how much longer he and Mercedes would stay together. Relations have since warmed up.

Hamilton joined the Northamptonshire-based team in 2013 and has won six of his seven world titles in their cars — a partnership unparalleled in the sport’s history.