A popular men’s magazine has sparked outrage after including Brittany Higgins in its annual Hot 100 women list while she was still in the high-profile rape trial that has gripped the nation.

Maxim Australia on Wednesday released the names on its ‘Hot 100’ Australia for 2022, with the former Liberal staffer at 12th – the same day jurors entered their fifth day of deliberations in the trial of her accused rapist, Bruce Lehrmann.

The ACT Supreme Court trial for Lehrmann, who has pleaded not guilty, was sensationally aborted on Thursday – to start anew early next year – after a juror brought prohibited documents into the juror’s room.

Just hours before the highly-publicised case came to a dramatic end, Maxim Australia’s 11th annual Hot 100 edition was being rolled out for sale on newsagency shelves across the country.

Maxim has defended Higgins inclusion in the list, maintaining she is a worthy candidate.

Brittany Higgins arrives to give evidence in front of an ACT Supreme Court jury on the third day of the trial of her alleged rapist, Bruce Lehrmann on October 6

While Maxim claims Ms Higgins was included because she was influential, critics say you don’t make the list unless you are attractive. 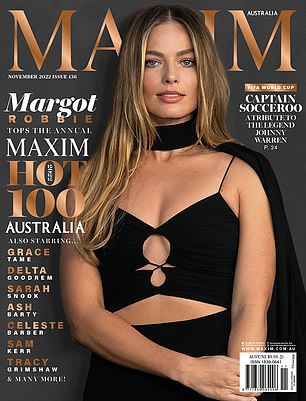 Professor Lumby said while the basis of Ms Higgins inclusion on the list is ‘ambiguous’, as she could be considered in the bracket of ‘most influential people’, the list appears to objectify as it mainly includes conventionally attractive women.

‘To me, [Ms Higgins inclusion] is offensive because that list is to be read as a list of who is hot and attractive,’ she said.

‘If it was a list of 100 people who have influenced Australia, I would have no issue with it.

Professor Lumby called on the publication to be more conscientious of who they select in the future and the implications of objectifying women.

‘A magazine such as Maxim has to be far more cautious about who they are including in that sort of list,’ she said.

Melinda Tankard Reist, Director of Collective Shout movement which fights against the objectification and sexualisation of females, said Maxim’s insistence the list was focused on ‘influential’ women was ‘spin’.

‘If that is Maxim’s true intention why persist with the “Hot 100” descriptor which conveys “sexy” rather than “brilliant mind”,’ she said.

‘The last issue I saw featured a number of Ultra-Tune’s “leather” women – the entire company is notorious for depicting women as dumb bimbos- hardly “influential” and “newsworthy”.’ 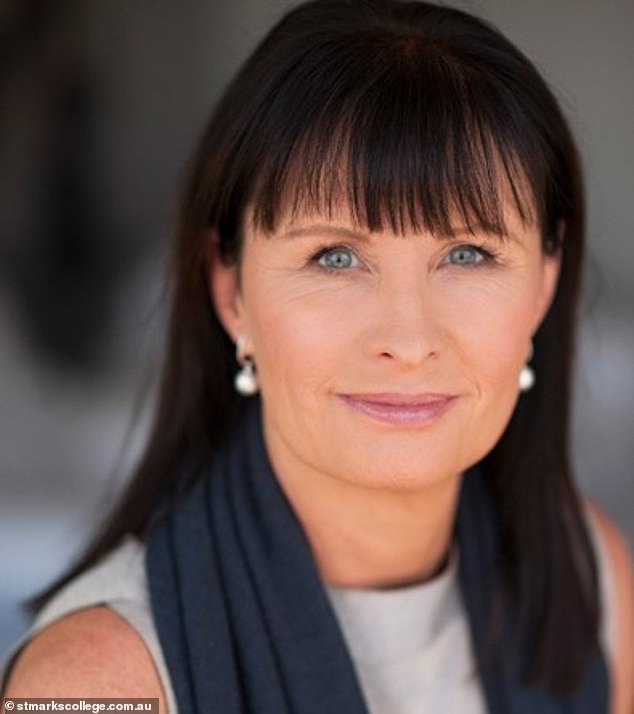 Ms Tankard Reist said the annual list was an insult to women and ‘Maxim profits from objectifying women for male sexual gratification and pleasure’.

‘Including Higgins – in the midst of her rape trial no less – is an affront to her and all women. Is not a compliment. It is demeaning and degrading and trivialises their accomplishments.’

But when asked about the choice, Maxim Editor-in-Chief Santi Pintado maintained that Higgins was a prime candidate to be included in this year’s line up.

‘Our 2022 HOT 100 list continues to celebrate the outstanding women who, this year, have influenced, impressed or impacted us with their aptitude, intellect, humour, headlines, sassiness and overall mega-talents,’ he said.

‘Brittany has definitely impacted and influenced many Australians while also being very newsworthy. Hence her place on the list.’ 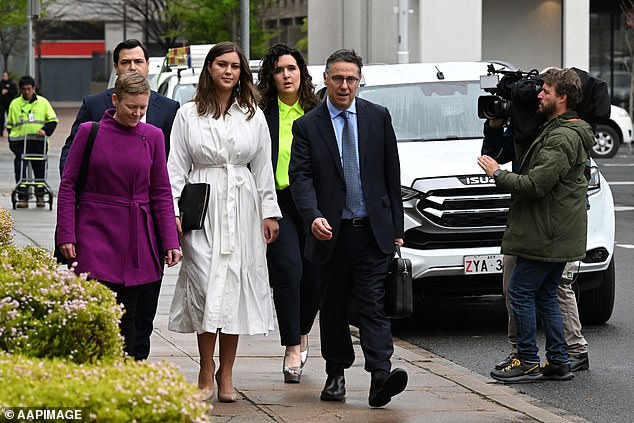 The Jury on Wednesday entered its fifth day of deliberations – the day the list was released. The magazine was released for sale the following day as jurors in Lehrmann’s trial were dismissed. Pictured: Ms Higgins arriving at court on October 7

Lehrmann is accused of raping Ms Higgins in Parliament House during a night out in March 2019. He has pleaded not guilty to one count of sexual intercourse without consent.

Chief Justice Lucy McCallum dismissed the 12 jurors in Lerhmann’s trial after an academic research paper on sexual assault was found in the jurors’ room.

The retrial is likely to commence in February next year.

Maxim is an international magazine which was launched in the UK in 1995 before extending into many other countries, including the US, Australia, Canada, and Germany.

The publication’s hot 100 began in the US edition in 2000, before it was adapted in the Australian print 11 years later.