The high-stakes Brexit deal TV showdown between Theresa May and Jeremy Corbyn has been pencilled in for Sunday, December 9.

The Tories and Labour have agreed the date of the primetime clash – but are still wrangling over the format and whether it should be on the BBC or ITV.

Mr Corbyn’s team favours a slot on ITV at 7pm before the final of hit show I’m a Celebrity – taking the place of an episode of Celebrity Catchphrase. He joked in an interview this morning that he wanted to be finished so he can watch the climax of the jungle competition himself.

Downing Street had suggested holding the face-off earlier in the week, but has now moved to ‘accommodate’ the Opposition.

However, they are thought to want the programme to go ahead on the BBC at around 8pm, after the Strictly Come Dancing results and in place of the last installment of David Attenborough’s Dynasties.

There could also be a Brexit ‘panel’ involved in quizzing the leaders rather than a straight head-to-head.

Mrs May laid down the gauntlet to Mr Corbyn for a debate this week as she battles to get her controversial EU package through the Commons. 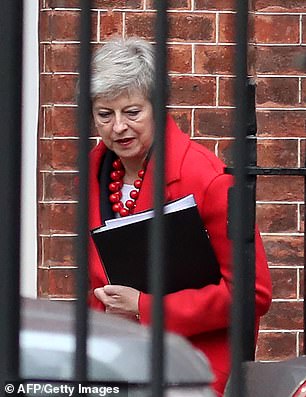 The two sides appear to be moving closer to agreeing that the TV clash can go ahead, although there are fears it could yet be derailed.

Mrs May again made clear last night that Nicola Sturgeon should not be allowed to join the face-off.

She said she would prove: ‘I have got a plan, he hasn’t got a plan’.

Ms Sturgeon and a slew of other leaders of smaller parties have said they want to be involved – with the prospect of legal challenges if broadcasters freeze them out.

Boris Johnson has also waded into the row, saying a genuine Brexiteer must be included.

The former foreign secretary tweeted that if a head-to-head happens it will offer the public a ‘false choice’ between two visions ‘neither of which are Brexit’.

‘There is no point having a debate with two people who voted Remain & deals that don’t take back control,’ he said.

‘Any debate must involve someone who believes in Brexit & the British people being fully in control of their laws, rather than giving back control to the EU like the PM’s deal.’

A No 10 spokesman said the debate was ‘on’ as far as Downing Street was concerned but there were a ‘range of dates’ being considered.

He said: ‘It will be between the Prime Minister and the Leader of the Opposition. Those two parties represent nine out of 10 of the number of MPs the House.’

Asked if Nicola Sturgeon should take part, the spokesman said: ‘The meaningful vote is for MPs and the last time I checked, Nicola Sturgeon did not fit that description.’ 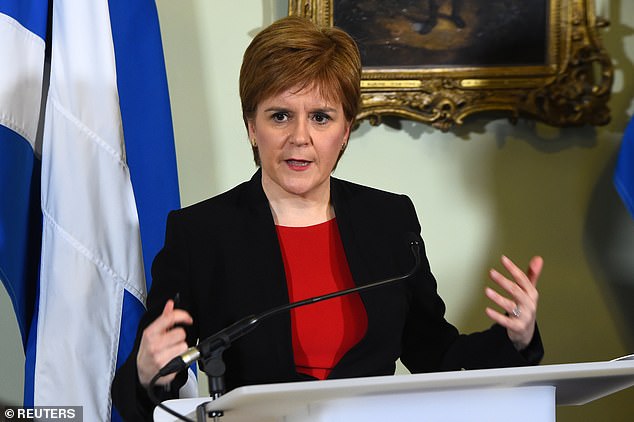