May arrives in Birmingham for Tory conference showdown

Theresa May arrived for the Tory party conference in Birmingham tonight fighting to save her Brexit plan and with leadership rivals jostling to replace her.

The Prime Minister swept into the Hyatt Hotel knowing she faces four days of delicate party management while Brussels watches on.

Former Foreign Secretary Boris Johnson will speak on the conference fringes on Tuesday lunchtime and is expected to draw hundreds of activists hoping to hear his alternative vision for Brexit amid persistent rumours he wants to replace Mrs May in No 10.

Theresa May arrives for the Conservative Party annual conference this evening

Mrs May is expected to stand behind her Brexit vision in her main speech on Wednesday morning despite it being rebuffed by Brexiteers, Brussels and the Labour Party.

The PM’s speech is titled Campaign 2022 – despite the widely held view Mrs May will be ousted long before the next election in four years.

Mrs May will also hope for a less disastrous conference than last year when her speech was blighted by a persistent cough, a shocking security breach as a stage invader handed her a P45 and the stage set fell apart.

But despite reports they planned a ‘safety first’ week in Birmingham, the Conservatives faced embarrassment on the eve of the event after it emerged the official conference app made visible confidential data on senior MPs, including Mr Johnson.

The Tory gathering comes after Labour had a broadly successful conference in Liverpool last week.

Jeremy Corbyn and his shadow chancellor John McDonnell set our more detail of their socialist vision for the UK, striking a confident tone and hiding most divisions – except over Brexit and the prospect of a second referendum.

Mr Johnson was at the centre of a vicious Tory row on the eve of the party conference after publicly attacking the Prime Minister over Brexit. 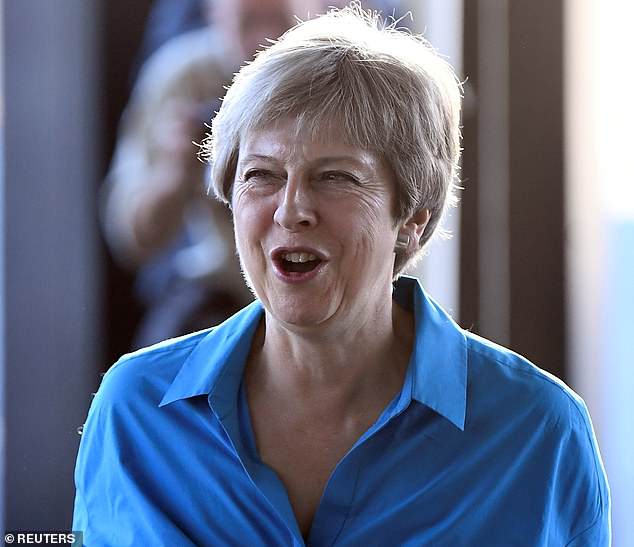 The former foreign secretary used a round of television interviews on Friday to lash out at Theresa May’s negotiating strategy, refusing to rule out a leadership challenge or voting against a Brexit deal.

His comments, which followed a lengthy newspaper article attacking the PM’s Chequers plan, was attacked by political opponents within the party.

Former education secretary Nicky Morgan told the PoliticsHome website that his alternative plan, dubbed ‘Super Canada’, was ‘pie in the sky’, while Justice Secretary David Gauke warned that it could break up the United Kingdom if adopted.

Sir Alan Duncan, who served as Mr Johnson’s deputy at the Foreign Office, launched a ferocious attack on his former boss’s ‘untidy mind’, predicting to The Times he would never be PM.

However, his plan was defended by fellow hardline Brexiteers including Jacob Rees-Mogg, who likened the Prime Minister’s Chequers blueprint to the Charge of the Light Brigade, saying it was ‘a brave and mistaken dash against all the odds’.

Speaking to the BBC on Friday Mr Johnson was asked repeatedly to rule out running against her.

‘But the most important thing for me is to avert what I think would be a political and economic disaster for this country which is to agree to come out of the EU but still to be run by the EU, what is the point of that, what will we have done?

‘And I think there is still time for her to change course.’