May faces ANOTHER Brexit showdown

Theresa May is battling to hold her Brexit plan together today today as she faces Remainer and Eurosceptic revolts in crunch votes.

The Prime Minister must navigate a minefield in the House of Commons as tensions rise with the clock running down to the UK’s departure.

Mrs May has been pleading for more time to secure concessions from the EU on the Irish border backstop that could win MPs’ support for her deal.

But she is confronting fresh challenges to her authority tonight as she seeks endorsement from Parliament for her approach, with Tory hardliners accusing her of trying to rule out a no-deal Brexit by stealth and threatening to join forces with Labour to inflict a stinging defeat.

Meanwhile, cross-party Remainers have tabled amendments designed to bind Mrs May’s hands in the negotiations and force a referendum that could cancel the UK’s departure from the EU altogether. 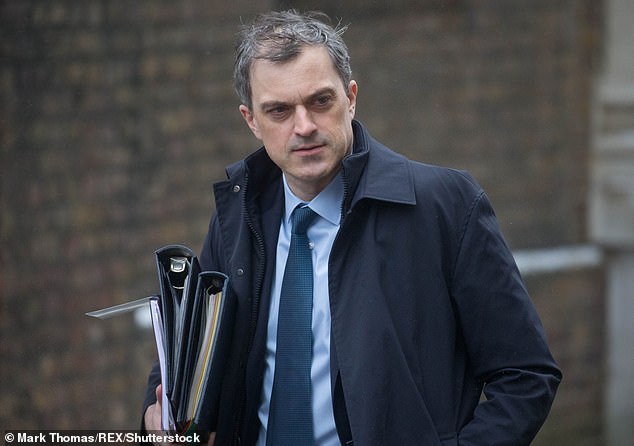 The row with Brexiteers centres on an apparently bland Commons motion backing ‘the approach to leaving the EU expressed’ by MPs in a series of votes last month.

Eurosceptic MPs oppose the wording of the plan, which will be debated tonight, saying that it effectively endorses a Commons vote ruling out the option of a No Deal Brexit.

Mark Francois, vice-chairman of the ERG, said: ‘We cannot vote for this as it is currently configured because it rules out No Deal and removes our negotiating leverage in Brussels.’

Another ERG source said MPs had ‘pleaded’ with ministers not to table the motion, adding: ‘They took absolutely no notice. Frankly, we despair.’

One senior MP told MailOnline the spat showed the level of ‘distrust’ between Brexiteers and the leadership.

Frantic peace talks took place with chief whip Julian Smith yesterday to see if the motion could be reworded, but they appear to have failed.

Defeat on the vote would have no binding effect on Downing Street, but it would kill the political momentum behind Mrs May’s bid to salvage her agreement – and would allow Brussels to continue claiming that the UK Parliament does not know what it wants.

EU council president Donald Tusk upped the ante last night by jibing that the bloc had still not heard any ‘realistic’ solutions from the UK.

‘No news is not always good news,’ he tweeted. 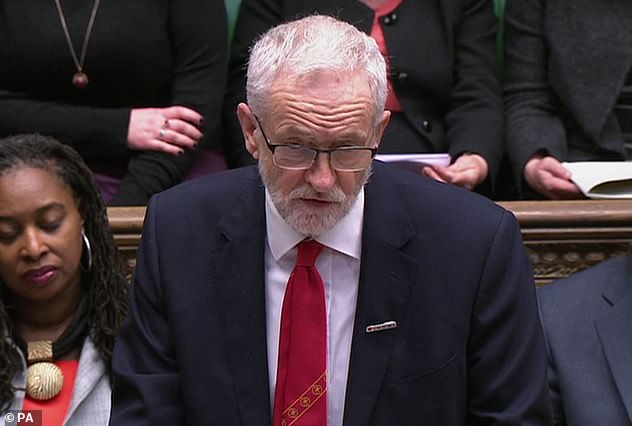 Campaigners for a second referendum have been divided over whether to force a Commons vote on the issue tonight, with many fearing they would lose badly.

But the Commons business paper today includes an amendment tabled by senior Tory Sarah Wollaston and backed by Lib Dem and Labour MPs.

It would force a series of votes on Brexit options, and then throw the issue over to the wider public in a national vote if politicians could not agree on one course.

The row about tonight’s Commons motion vote appeared to catch Downing Street by surprise. It was intended to produce a show of unity for Mrs May to take back to Brussels.

But last night it had descended into infighting.

Former Tory Chancellor Kenneth Clarke described the prospect of a Government defeat on what should have been an innocuous vote as ‘a shambles’.

The ERG decision to pick a fight appeared to be motivated by anger over comments from Mrs May’s chief Brexit negotiator Olly Robbins in a Brussels bar, in which he suggested Mrs May would rather order a ‘long’ delay to the UK’s departure than leave without a deal next month.

Labour will back an amendment which would force Mrs May to delay Brexit if she cannot get her deal through Parliament.

Labour’s Brexit spokesman Sir Keir Starmer confirmed the party would support a revised amendment by Yvette Cooper obliging the Prime Minister to ask for an extension to Article 50 beyond March 29.

It was defeated in the Commons last month, after a number of Labour MPs voted against it.