Theresa May has launched a fresh diplomatic blitz on EU leaders – as No10 admitted she still has not managed to get concessions to help sell her Brexit deal to MPs.

The PM has been ringing round counterparts as she tries to obtain ‘legally binding’ assurances that the UK will not be stuck in the Irish border backstop.

The frantic New Year push comes with just over a fortnight to go until the Commons is due to hold a crunch vote on the package thrashed out with Brussels.

The EU has flatly dismissed the idea of reopening the Withdrawal Agreement painstakingly put together over two years of negotiations.

The bloc also insists there cannot be a time limit on the backstop – although both sides say it should be temporary and fall away once a wider trade pact is sealed.

However, senior Cabinet ministers are understood to be convinced that they will get movement from the EU that could win round enough MPs.

Under the backstop arrangements, the whole UK would stay in a customs union with the EU to avoid a hard border on the island of Ireland – while Northern Ireland would obey some single market rules.

Brexiteers have condemned the proposals as they could restrict the UK’s ability to do trade deals elsewhere.

And the DUP, which is propping up Mrs May in power, has voiced fury that it would leave Northern Ireland operating under different rules to the rest of the UK.

The PM’s spokeswoman conceded today that there was as yet no breakthrough.

‘She has been in touch with European counterparts over the break and you can expect more of that to continue this week,’ the spokeswoman said.

‘There is still work to do.’

Meanwhile, there is no sign of a New Year Brexit truce in Cabinet as ministers turned on Philip Hammond over funding for no-deal plans.

The Chancellor has allocated billions of pounds to contingency preparations in case the UK crashes out of the EU in March.

But Mr Hammond – known as one of the fiercest opponents of no-deal Brexit – has been berated for dragging his feet about releasing the money.

Communities Secretary James Brokenshire has written to the Treasury warning that councils face huge pressures with a potential ‘influx’ of elderly expats and the threat of civil unrest, according to the Telegraph.

His department had asked for more than double the £35million it was handed by Mr Hammond to bolster preparations by local authorities. 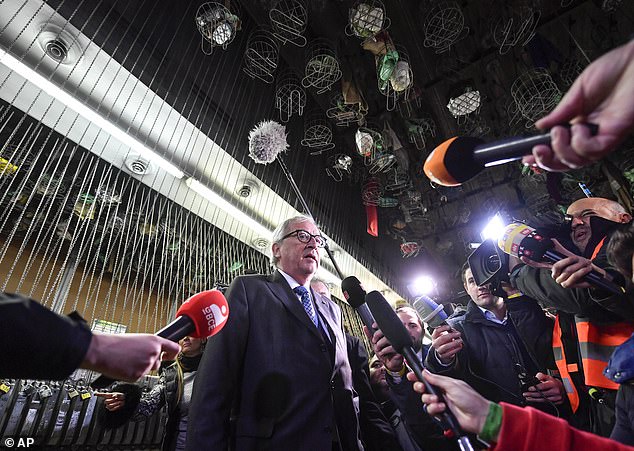 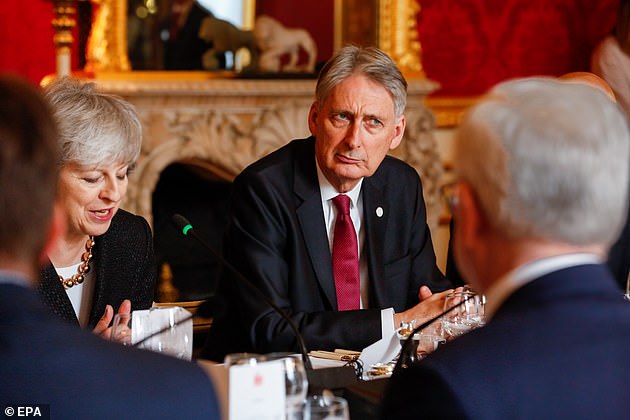 At least one other department is believed to have raised concerns about the situation.

A source told the Telegraph: ‘The Treasury is not releasing the money. It’s all very well for Philip Hammond to tell Cabinet he’s putting £2billion into no-deal preparations, but it’s no good if they won’t actually release the money.’

The latest infighting emerged after Cabinet Brexiteer Liam Fox said the chances of Britain leaving the European Union will be little more than ’50-50′ if Theresa May’s Brexit deal is rejected by Parliament in a crunch vote next month.

The International Trade Secretary warned fellow MPs that failure to pass Mrs May’s package would be ‘incendiary’ and said it was ‘a matter of honour’ for them to support the PM.

He also rejected claims of a plot to keep the UK in the EU ‘by all possible means’ and revealed he fears the majority of MPs ‘deeply distrust’ both the EU and Theresa May.