Theresa May will try to get world leaders on board with her Brexit deal today – but she will snub a meeting with Donald Trump.

The Prime Minister will push a message of free trade as she attends a potentially fraught meeting of the powerful G20 states in Argentina.

But while Mrs May is due to hold bilateral talks with around half-a-dozen other leaders during the two-day gathering, aides have made clear she will not be seeking a one-on-one meeting with the US president.

The apparent cold shoulder comes after Mr Trump threatened to deepen the premier’s Brexit crisis by jibing that she had struck a ‘great deal for the EU’.

He also warned the settlement with Brussels could make it impossible to reach a deep Transatlantic trade pact.

The Prime Minister, pictured arriving for the G20 summit in Argentina this morning, will push a message of free trade and try to make the case for her Brexit deal 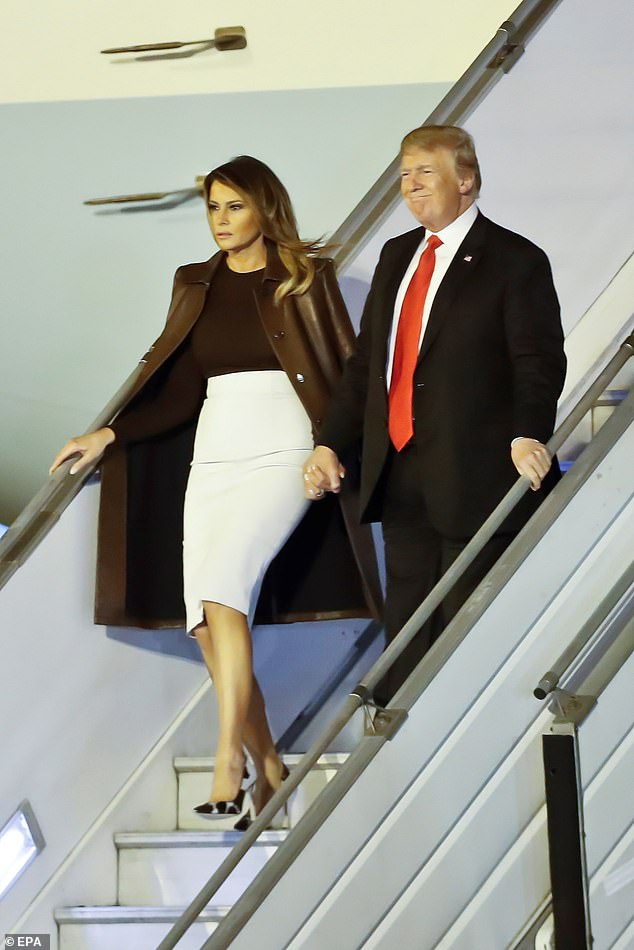 Mrs May’s attendance at the summit – the first time a British PM has gone to the Argentinian capital since the Falklands War – could offer some respite from the domestic strife she faces.

But the event will be far from trouble free. She faces a controversial encounter with Saudi Arabia’s Crown Prince Mohammed bin Salman in the wake the murder of journalist Jamal Khashoggi.

Confirming that she intends to speak with the Crown Prince during the summit, Mrs May said: ‘The message I give will be very clear. It is the message we have consistently given on this issue of Jamal Khashoggi and the issue of Yemen.

‘In relation to Mr Khashoggi, we want to see a full and transparent investigation of what happened and those responsible being held to account.

She will also be rubbing shoulders with Russia’s Vladimir Putin following the poisoning of Sergei Skripal in Salisbury and the seizure of Ukrainian ships.

Mrs May will hold one-on-one talks today with Argentine President Mauricio Macri, who is hosting leaders from around the world at the G20 summit of major economies.

The Falklands are expected to feature in their discussions, but are not expected to dominate talks which will focus on trade.

President Macri has toned down official rhetoric over the islands which Argentinians know as Las Malvinas since taking over from Cristina Kirchner in 2015.

This week’s announcement of a new air link between the Falklands and the South American mainland via Argentina has been greeted in London as an indication that relations are headed in a positive direction.

Asked during her flight to Buenos Aires whether the UK remained ready to defend the Islands with military force if necessary, Mrs May said: ‘I am clear that our position on the sovereignty of the Falklands has not changed.

‘What has changed in recent months is we have seen better relations with Argentina. I think the announcement we saw earlier this week of the extra flight from the Falklands through to South America is important. 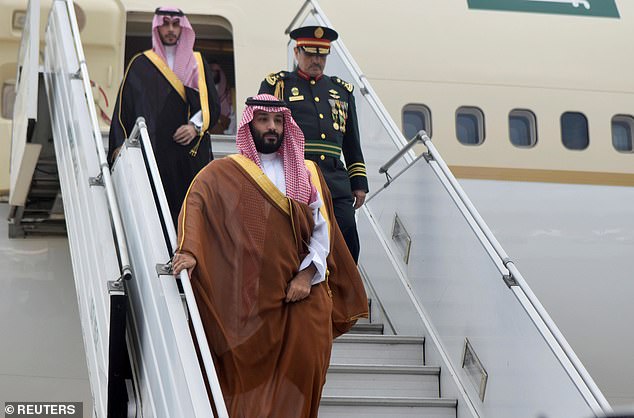 ‘I am talking to President Macri about issues about trade and opportunities for trade, but our position on the sovereignty of the Falklands hasn’t changed and will not change.’

Mrs May is not expected to have bilateral talks with Mr Putin in Buenos Aires, as relations between the UK and Russia remain in the deep-freeze following the Salisbury poisoning and the annexation of Crimea.

Britain has been a keen supporter of sanctions against Moscow for its interference in Ukraine and Mrs May made clear she does not rule out their extension following the seizure of three naval ships and their crews in the Black Sea.

‘Our message to Russia is very clear,’ she said. ‘They should release the ships and sailors and de-escalate the situation.

‘If you look at what we have seen over the last year of so, this is part of a pattern of Russian behaviour.

Mrs May added: ‘Russia could take a different approach. Russia could support the rules-based international system. If it did that, its position would be a different one. It is choosing to continue with this pattern of behaviour.’

The PM will use the G20 gathering to push her ‘global Britain’ message, telling fellow leaders that her Brexit deal will be good for the world economy.

She will tell fellow leaders that trade relations with the EU ‘will remain close’, with no tariffs, quotas or rules of origin checks introduced, in order to avoid damaging complex supply chains.

‘International firms that have invested in UK production or use European bases to supply the UK market will benefit from these arrangements,’ she will say.

‘But… for the first time in more than four decades, the UK will have an independent trade policy. We will play a full and active role on trade on the global stage, working with friends new and old, at a time of unprecedented global interconnectedness.’

Mrs May is the first serving Prime Minister to visit Buenos Aires and the second to come to Argentina, after Tony Blair crossed the border from Brazil in 2001.

Her visit marks an effort by the UK to increase trade links with Latin America after Brexit.