May will STILL push for a customs union: PM will make a ‘bold offer’ to Labour MPs in last-gasp attempt to get her Brexit deal over the line

Theresa May will make a ‘bold offer’ to Labour MPs on staying close to Brussels trade laws indefinitely in a last-gasp attempt to get her Brexit deal over the line.

Despite the collapse of cross-party talks with Jeremy Corbyn, Mrs May will attempt to split the Opposition ahead of her promised resignation this summer.

She will travel to a Leave-voting constituency ahead of Thursday’s European elections to make what is likely to be her last speech about Brexit in the hope it will persuade MPs to finally enshrine her exit deal into law before she steps down.

In order to do so she will risk infuriating her own Eurosceptic MPs by offering to soften her Brexit terms with an ongoing ‘customs arrangement’.

Mrs May will argue that any such partnership will have a built-in exit clause as with other international treaties in a bid to allay Brexiteer concerns.

However it is unlikely to be enough to satisfy hardliners as it would not supersede the hated ‘backstop’ proposals in the PM’s deal that keep Britain tied to Brussels indefinitely if another solution to keep the Irish border open can be found.

Last night sources within Boris Johnson and Dominic Raab’s leadership campaigns both refused to be drawn on whether they would support such a measure.

Despite her deal already being rejected by MPs three times, Mrs May will attempt to legislate its implementation in the first week of June.

A Downing Street source said: ‘The Government has been negotiating with Labour for an agreement to build the biggest level of support across Parliament for the Withdrawal Agreement Bill. Labour has been clear that they have not ruled out supporting it if the overall package is acceptable.’

The insider added: ‘We intend to make a bold offer that will allow Parliament to back the Bill, get the deal over the line – and deliver Brexit.’ 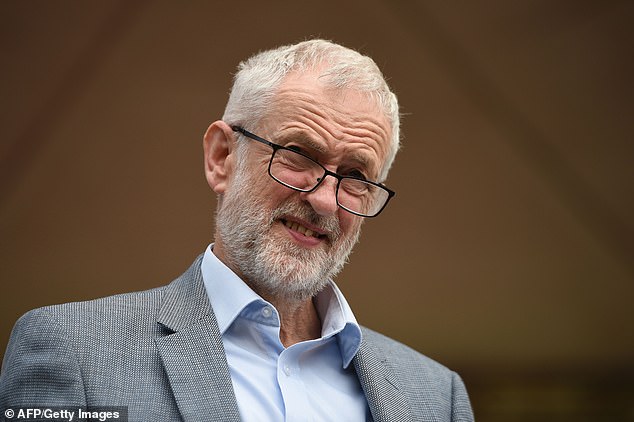 No 10 hopes that even if Labour officially order their MPs to vote against the Bill, the scale of Nigel Farage’s Brexit Party’s surge in the EU polls will shock enough the party’s members in Leave-backing constituencies into dropping their opposition.

It stresses that the only way to achieve Brexit this year is to back the deal but Mrs May risks splitting her warring Conservatives even further with her climbdown.

One Minister warned: ‘If she fudges it on customs then you will see some of those who backed the deal before going back on that. It could be the biggest Tory rebellion on it yet.’