The Maze Runner franchise has ended Jumanji’s reign atop the box office by raking in $23.5 million during its debut weekend.

Maze Runner: The Death Cure, is the third and final installment in the Maze Runner series based on James Dashner’s dystopian young adult novel and the weakest opening of the three. 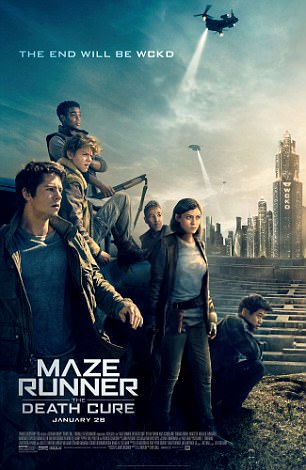 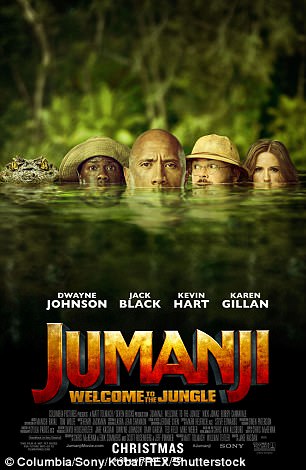 Maze Runner: The Death Cure is the third and final installment in the Maze Runner series based on James Dashner’s dystopian young adult novel and the weakest opening of the three. Jumanji hit the box office Christmas Day and has held the top spot every since

Part of that may be attributable to stalled momentum and a two-and-a-half-year gap between the second and third film.

The Death Cure’s release was delayed a year by 20th Century Fox after star Dylan O’Brien’s on-set injury in early 2016.

But $23.5 million was still enough to push ‘Jumanji: Welcome to the Jungle’ back down to second place for the first time in three weeks.

‘It was going to take a big franchise film to knock Jumanji off the top of the chart,’ said comScore senior media analyst Paul Dergarabedian.

In third place, the Christian Bale Western Hostiles expanded wide to 2,816 theaters in its sixth weekend and earned $10.2 million. 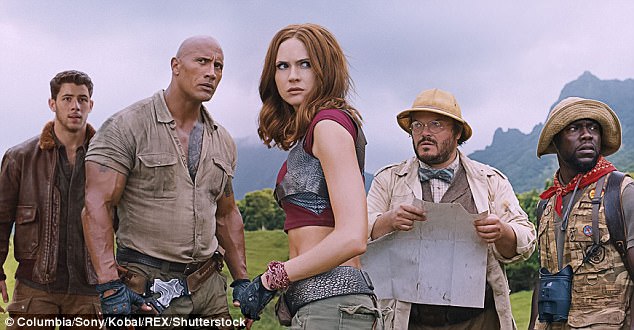 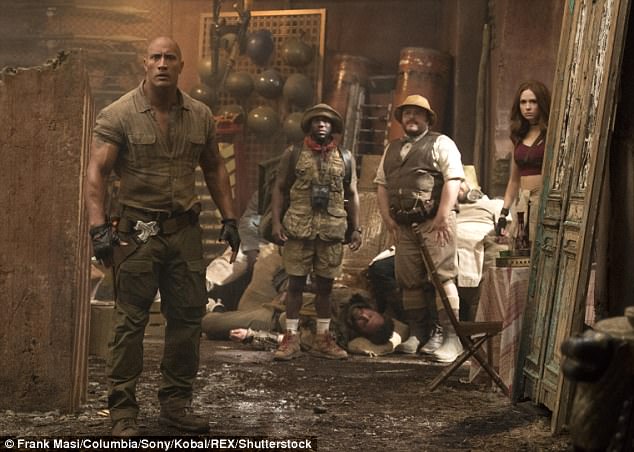 The Hugh Jackman musical The Greatest Showman kept going strong in fourth with $9.5 million, down only 11 per cent, and now boasting a total of $126.5 million.

Guillermo del Toro’s fantasy romance The Shape of Water, which had a leading 13 nominations for Fox Searchlight, added 1,001 theaters which put it back in the top 10 in its ninth weekend of release.

The film is nominated for best picture, best director, best actress (Sally Hawkins), supporting actress (Octavia Spencer) and supporting actor (Richard Jenkins), among others and has grossed $37.7 million to date. 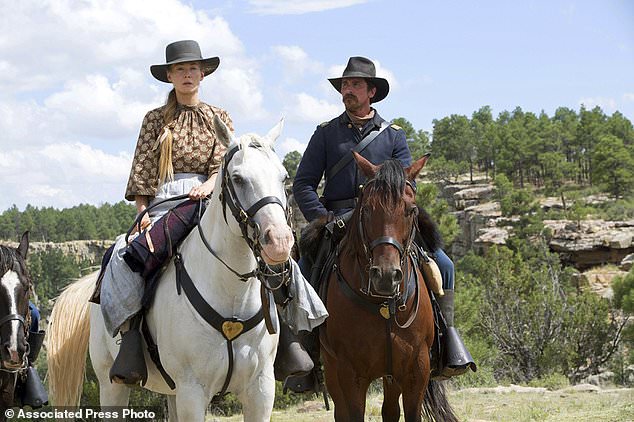 In third place, the Christian Bale Western Hostiles (pictured) expanded wide to 2,816 theaters in its sixth weekend and earned $10.2 million

Over the weekend, The Shape of Water had its highest grossing frame with $5.7 million.

And Focus Features upped the theater count for Darkest Hour and Phantom Thread, which both took in $2.9 million after getting six nominations each.

‘The Oscars offer the greatest marketing hook in the history of movies. These are films that would usually be played out,’ said Dergarabedian.

‘For audiences, it’s a validation. If anyone is on the fence, a best picture nomination is a pretty good way to push people in the direction of the movie theater.’

With six weeks to go until the Oscars, there is plenty of time to catch up on the best picture nominees, but they won’t be without competition – the third installment of the Fifty Shades of Grey franchise opens February 9 and on February 16 the highly anticipated Black Panther roars into theaters.