CNN, Fox News Channel and MSNBC each tried to keep viewers caught up on people paying respect to McCain as his body was lying in state in the U.S. Capitol, as well as the lengthy service for the Queen of Soul. It wasn’t always easy.

A true TV collision was avoided when Franklin’s service started late, allowing networks to cover a Capitol ceremony in full. The sprawling, unpredictable festivities for Franklin had their own challenges for producers. 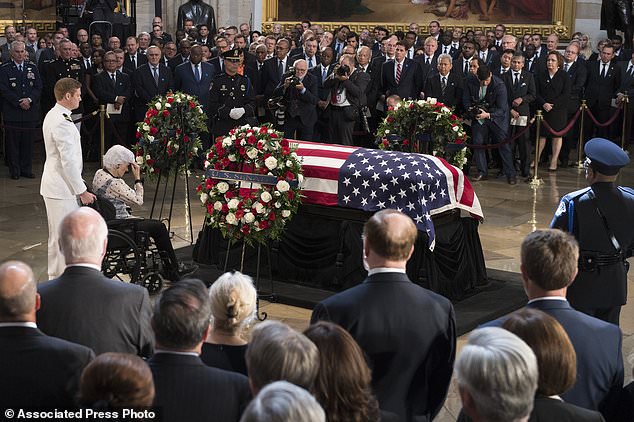 Roberta McCain, the 106-year-old mother of Sen. John McCain, R-Ariz., pays her respects to the flag-draped casket bearing the remains of her son, Friday, Aug. 31, 2018 in the U.S. Capitol in Washington. (Jim Watson/Pool photo via AP)