McDonald’s Monopoly is BACK! Chain announces return of freebies after two-year break with prizes including a Gold Card that gets you free meals for a YEAR

McDonald’s has delighted fans by announcing the return of Monopoly from August 25th, after a two and a half year hiatus.

The chain is offering a VIP twist on the game this year, with prizes including the first ever UK McDonald’s VIP Gold Card, which will allow cardholders to pick up a free medium meal every week from their local restaurant for a year.

Other details about the return remain vague but previous winners have bagged £100,000 in cash and Mini Cooper cars.

The game has run every spring since 2005 in the UK and allows customers to win large cash prizes by collecting property game tokens, or smaller food prizes such as fries or a McFlurry with instant win stickers, but was put on hold for the last two years due to Covid-19, with it last running in March 2019.

It was originally meant to run in the spring, however was postponed due to the UK’s third lockdown.

Due to the postponement mid-production, packaging with over 200 million game pieces had already been printed and dated.

This means McDonald’s has repurposed this packaging with the outdated game pieces to ensure the promotion could return for customers as soon as it was safe to do so. 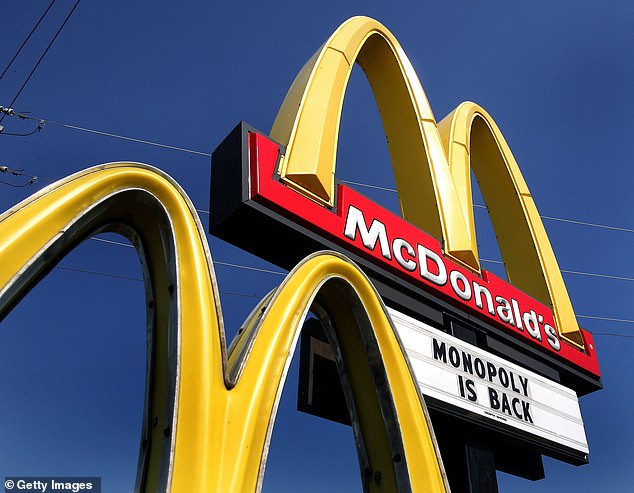 The chain is offering a VIP twist on the game this year, with prizes including the first ever UK McDonald’s VIP Gold Card, which will allow cardholders to pick up a free medium meal every week from their local restaurant for a year.

What have people previously won on McDonald’s Monopoly and how does it work?

Smaller prizes, including medium McDonald’s meals, are easier to get and the chain gave away 2,000,000.

The game works like a classic game of Monopoly and customers can collect game pieces on the sides of their meals.

Once you collect a set of the street names and train stations you win a prize, with the rarer property game tokens holding the better prizes.

Stickers on the side can also bag customers smaller food prizes such as fries or a McFlurry with instant win stickers.

You have to be over 16 to take part and the event runs for six weeks.

Following ‘freedom day’ next week, the game will return but will include the incorrect expiry dates.

McDonald’s is urging customers to check the dates on the McDonald’s website to make sure they don’t miss out on prizes.

For the first time this year, McDonald’s is offering VIP status for 1000 lucky customers.

The winners of these Gold Cards will be able to claim a free medium meal once a week for a year.

Whether you are Monopoly maverick or a seasoned property-collecting strategist, just pass Go, head down to your nearest McDonald’s restaurant and start playing from 25th August for the chance to win.

McDonald’s continues to safely re-open for indoor and outdoor dining in line with Government Guidance. Customers can also order via walk-in takeaway, the Drive-Thru, McDelivery and Click & Serve using the McDonald’s App.

One joked that their ‘kids were crying’ after hearing of the announcement, while another raged that after months of lockdown, this was a bitter pill to swallow.

One angry father commented: ‘McDonald’s Monopoly is cancelled?! Thanks for that, kids are crying now!’

‘McDonalds Monopoly is cancelled this year. I hate 2020,’ moaned another user.

Another ranted: ‘I can lose pubs. I can lose work. I can lose many other things. BUT NOW YOU’VE TAKEN MCDONALDS MONOPOLY FROM ME. ENOUGH IS ENOUGH.’