McDonald’s has revealed a simple trick for converting burger packaging into a meal tray so it is easier to eat on the road.

The fast-food giant recently took to its Australian Instagram page to share its one-handed meal ‘hack’ that puts an end to messy driving food spills.

‘Fancy a one-handed meal? Simply unfold your burger box to make a fries tray, then perch it on your soft drink,’ a caption on the post reads. 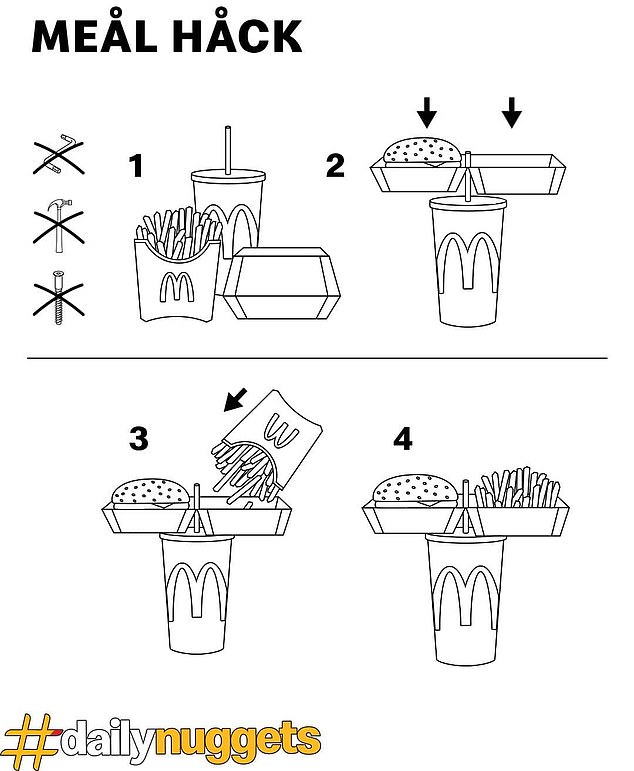 This four-step guide was recently shared to McDonald’s Australia’s Instagram where it was liked close to 6,000 times

What are the steps to the McDonald’s meal hack?

Step 1: Order a burger meal with fries and drink (Nuggets can also work but you will need ensure they come in a box.

Step 2: Unfold the burger box and place it on top of the drink with the straw in between the fold of the box.

Step 3: Fill the empty side of the box with your fries.

To recreate, order a meal that comes in a box – this can be a burger or nuggets – open out and place on top of a drink.

The straw will need to be between the fold so the tray is stable. If you have chips, empty these into the other side of the box.

Fans of McDonald’s have been quick to praise the nifty idea as well as giving the post close to 6,000 likes.

Scores tagged in others who they thought may benefit from knowing the trick and commenters left remarks like: ‘we been doing it wrong all along’. 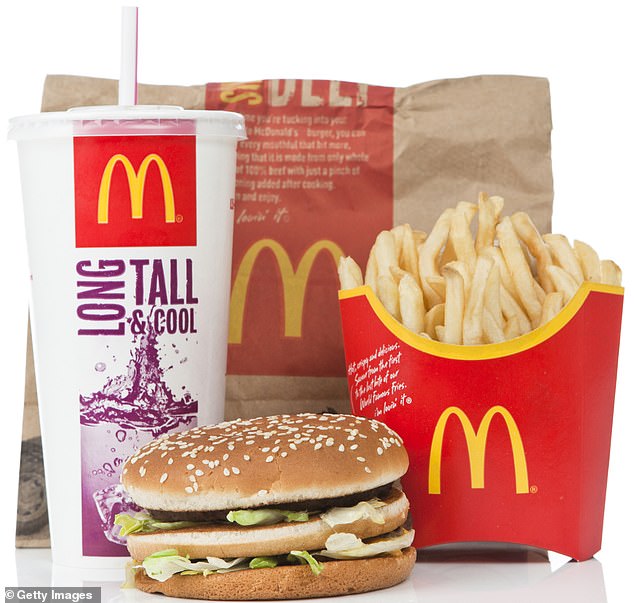 While the trick has been praised by many online, some commenters have said they aren’t convinced food on top of a cold drink is a ‘good idea’ (stock image)

Is it legal to eat or drink while driving?

Although there is no specific rule that prohibits eating or drinking (non-alcoholic) while driving, the practice can distract drivers and ultimately result in prosecution.

Driver distraction is broadly covered under NSW Road Rule 297(1) which is a general road rule that states ‘a driver must not drive a vehicle unless the driver has proper control of the vehicle’.

If eating while driving interferes with a driver’s control of the vehicle, the driver may be committing an offence depending on the circumstances.

These types of offences are assessed on a case by case basis, including whether an incident occurred and are subject to a $433 fine and three demerit points. In school zones, the penalty increases to $541 with 4 demerit points.

A few pointed out there might be some flaws to the idea such as ordering a cheeseburger which comes wrapped in paper.

While another said: ‘If you lift the burger up… the fries will drop on the ground.’

A third said while the trick had some merit, they didn’t think ‘putting hot food on top of a cold drink’ was a good idea.