A McDonald’s customer has been accused of spitting on a woman after he caught her filming his confrontation with staff.

The Sydney man, 42, was trying to use the outdoor dining area at the chain’s Kellyville Ridge restaurant on Thursday morning when staff told him to leave.

McDonald’s closed its seating areas at restaurants across Australia after the government introduced strict new rules to fight the coronavirus pandemic.

The man refused to leave and began arguing with staff.

When he noticed a woman in the store filming him on her mobile phone, he allegedly spat on her face and walked off.

Police later caught up with the man and charged him with common assault.

He’s due to appear at Blacktown Local Court on July 6.

Since March 23, McDonald’s customers have had to get their fast food fix by either drive-thru, takeaway or delivery.

Customers are still able to enter the stores and order using kiosks, on the counter or on the MyMaccas app. 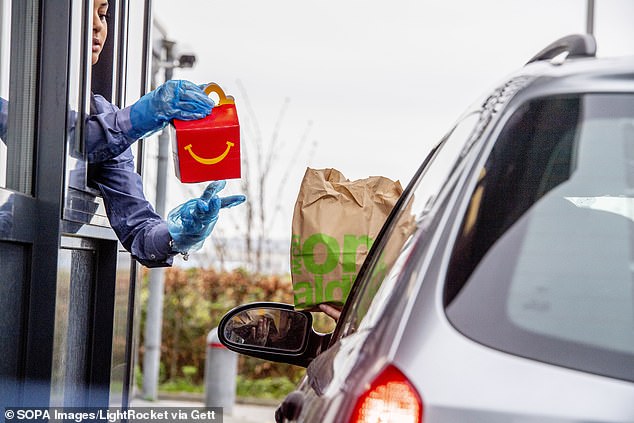