McDonald’s has taken down signs banning unvaccinated customers from several of its restaurants in Australia and says they were posted in error.

The signs, which were displayed at the entrance of several stores in the Northern Territory (NT) said: ‘In line with NT government and Health requirements, all dine-in customers must be fully vaccinated.’

However they have now been removed, after several customers called out the fast-food chain for being ‘discriminatory’ and not inline with the state’s Covid rules. 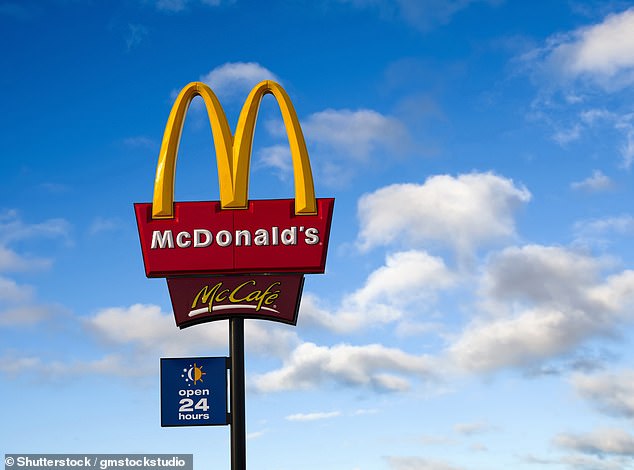 The NT on January 10 introduced a new vaccine pass system that now requires residents over the age of 16 to prove their vaccination status to enter pubs, clubs, licensed restaurants.

Despite those venues requiring the vaccine pass, unlicensed restaurants such as McDonald’s are not officially included – and open to everyone.

McDonald’s apologised for the blunder in a statement, and says its restaurants are open to everyone.

‘McDonald’s Australia continues to operate in accordance with government advice to keep our restaurants open and operating safely for customers and crew,’ a McDonald’s spokesperson told the NT News.

‘In line with the most recent chief health officer directions, all customers are welcome to dine-in at our restaurants.

‘We appreciate the continued patience of our customers as we continue to adapt and respond to this rapidly changing scenario.’

Meanwhile, a popular supermarket has banned unvaccinated shoppers from entering its Northern Territory store, despite grocery shops counting as an essential service and therefore exempt from NT’s Covid passport rules.

IGA yesterday announced only the vaccinated will be allowed to buy groceries from Yulara store, located inside the Ayers Rock resort.

A Voyages company spokesperson said the ban had been introduced to protect the safety and wellbeing of their guests, staff and the local community.

MCAC chief executive Thalia Bohl-van den Boogaard has also defended the decision and said everyone in the Mutitjulu community had access to a community store or fuel station to buy essential groceries.

The Omicron variant officially reached Central Australia in early December, after NT relaxed its Covid-19 border controls and allowed all vaccinated travellers in. 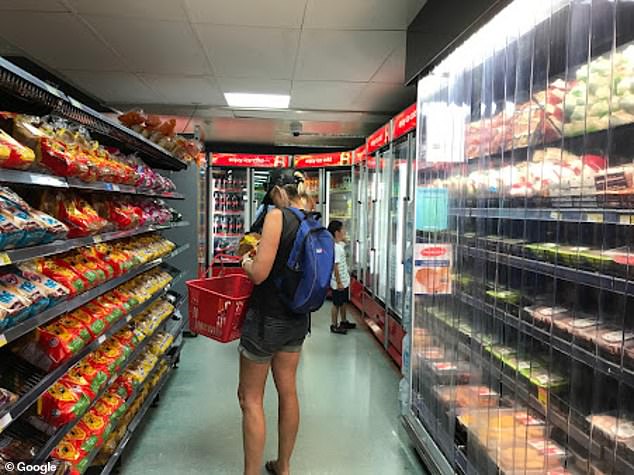 The NT on January 10 introduced a new vaccine pass system that now requires residents over the age of 16 to prove their vaccination status (pictured, a shopper in a supermarket)

Among the newly infected are eight people in Utopia, 240km north of Alice Springs, where the vaccination rate was about 40 per cent.

Ten have also tested positive in the nearby communities of Areyonga and Papunya, and one case was detected in Bulla, about 370km south of Darwin.

Eight more cases were also detected in Galiwin’ku, 515km east of Darwin in East Arnhem, bringing the cluster on Elcho Island to 27.

‘In the last few days we have seen the number of cases presenting in more and more communities (increasing), particularly in central Australia and now in East Arnhem, that is of concern,’ Acting Chief Health Officer Marco Briceno said on Tuesday.

‘We are working very closely with the local Aboriginal medical services, with the other government agencies and communities to ensure we are responding to those outbreaks appropriately.’