McDonald’s has secretly launched its new Donut Balls range, but not everyone will be able to get their hands on them.

The $2 dessert comes with hot fudge dipping sauce for an extra $1.50 and is currently only available in McDonald’s restaurants across New South Wales.

The menu item, which includes five donut balls coated in cinnamon sugar, is expected to be available throughout all Australian states in the coming weeks.

Donut Balls had previously been sold in McDonald’s stores across New Zealand for a limited time.

The dessert has already been swarmed with praise from customers lucky enough to have a taste.

‘Donut Balls from Maccas. I’ve died and gone to heaven,’ one wrote on Facebook.

‘Did anyone else know you could get Donut Balls from McDonald’s? Today is a good day!’ another said. 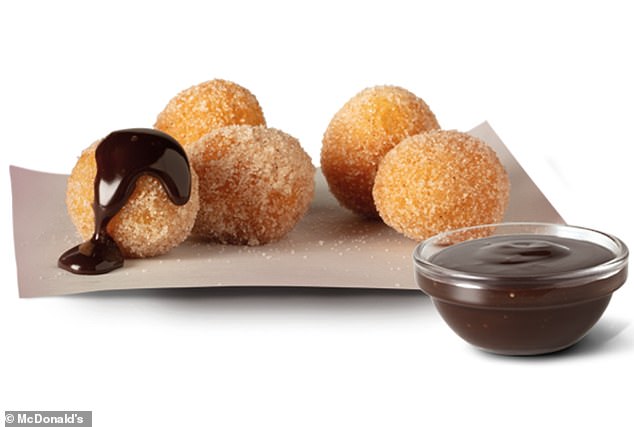