McDonald’s scraps plan to sell Big Macs for 5 cents each in Moscow due to coronavirus, in case huge crowds cause the bug to spread

McDonald’s has scrapped its plan to sell Big Macs for five cents each in Moscow over fears that droves of diners could spread the deadly coronavirus.

The US fast food giant had planned to mark 30 years in Russia on Friday by offering the iconic burgers for just three rubles (4 pence).

‘There’s nothing more important for us than the health of our guests and employees,’ Marc Carena, general director of McDonald’s in Russia, said in a statement.

The coronavirus, which has infected 7.900 and killed 170 in China, has not yet reached Russia but the government has set up a dedicated team to guard against infections and today closed its eastern land border with China.

A man shovels the snow outside a McDonald’s restaurant in Pushkin Square, the first to have opened in the Soviet Union 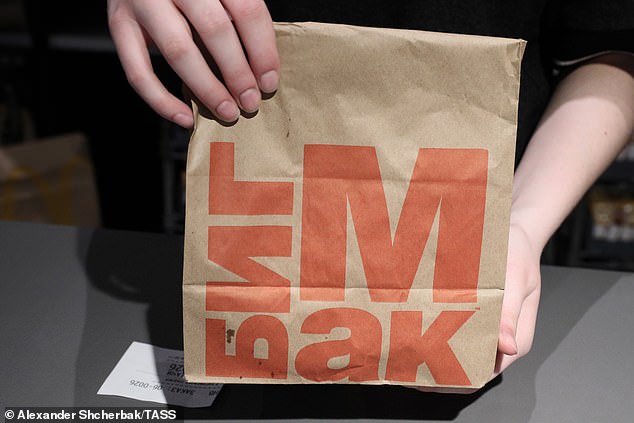 A Big Mac is served up at a Moscow McDonald’s. The US fast food giant had planned to mark 30 years in Russia on Friday by offering the iconic burgers for just three rubles (4 pence).

McDonald’s opened its first restaurant in then-Soviet Russia on January 31, 1990 in a move hailed as symbolic of a thaw between the Soviet Union and the West.

Huge crowds queued for hours outside the restaurant in central Moscow to try their first ever Big Mac.

McDonald’s had wanted to repeat the Soviet-era success by selling the Big Mac at its flagship Moscow restaurant at Soviet prices – 3 rubles ($0.05) a piece – and the campaign had been expected to draw a large number of customers.

The company has repeatedly come under pressure in Russia and had to temporarily close its flagship store over alleged hygiene violations following Western sanctions over the Ukraine crisis.

It comes as McDonald’s closed all of its restaurants in Hubei, the Chinese province at the epicentre of a virus outbreak.

McDonald’s CEO Chris Kempczinski called the situation ‘fluid’ and ‘concerning,’ and said the chain decided to close all of its restaurants in Hubei, which amount to ‘several hundred.’ 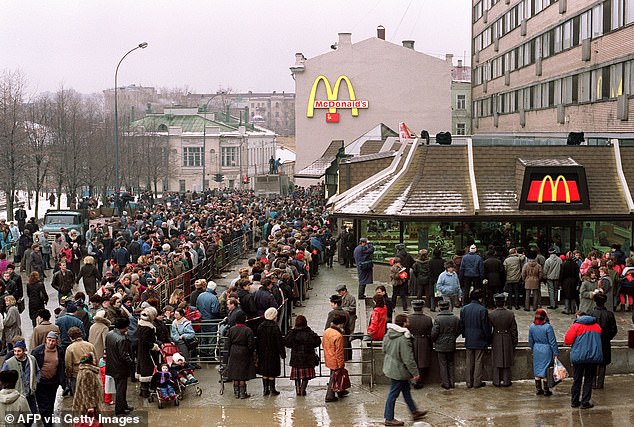 McDonald’s opened its first restaurant in then-Soviet Russia on January 31, 1990 (pictured) in a move hailed as symbolic of a thaw between the Soviet Union and the West

But three thousand outlets elsewhere in China remain open, he said during a call to discuss the company’s fourth quarter financial results.

‘Right now, as you would expect, our priority’s really on our employees, on our customers, doing everything we can to make sure that they are safe and taken care of,’ Kempczinski said, adding that the company would establish a special team to deal with the outbreak.