John McDonnell fueled speculation of a big Labour shift on Brexit today as he backed calls for a second referendum to be kept ‘on the table’.

The shadow chancellor, Jeremy Corbyn’s closest ally, refused to rule out the prospect of another national vote.

The comments echoed the views of shadow Brexit secretary Keir Starmer – but contrasted sharply with those of frontbench colleague Barry Gardiner who suggested re-running the referendum could spark civil unrest.

Speaking on BBC Radio 4’s Today programme, Mr McDonnell said: ‘It’s not Labour Party policy to have another referendum, we respect the past referendum.

‘So we’re not saying any options (are) off the table when that debate happens.’ 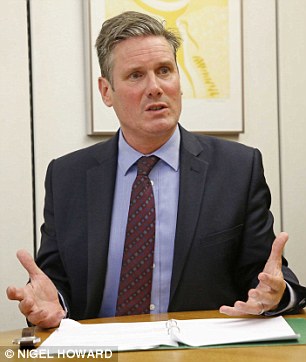 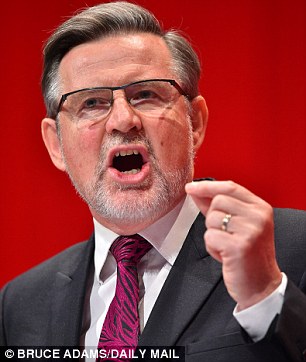 Yesterday, Sir Keir said there had to be a ‘meaningful vote’ in parliament on any Brexit package.

‘If that vote is to reject the Article 50 deal then Parliament must decide what happens next and, in my experience, it’s best to keep your options on the table,’ he said.

The manoeuvring comes as Remainers from across parties mount a massive push to force another vote on the terms of the final Brexit deal.

Senior Labour figures have been urging the leadership to join the drive, but Jeremy Corbyn has so far resisted.

Mr Gardiner appeared determined to kill off the idea earlier this week, voicing fears that people would lose faith in the ballot box and turn to the extreme right if the 2016 result was not honoured.

He pointed out that both Remain and Leave campaigners informed the public two years ago that their decision would be final.

‘If we then go back on that, yes, it may well be – and I certainly believe – that we will in the short and medium term be worse off economically as a result of Brexit, and certainly the way the Government is going that is what is happening,’ he said in an interview on Tuesday.

‘It’s not about happily putting us in that position, it’s saying there’s more to this than simple economics.

‘There is also the social, the democratic principles at play here.

‘If you then say to people ‘We did give you a vote and actually we, the Remainers, lost the vote, but because you were stupid enough to do what you wanted rather than what we wanted… ‘  that undermines the whole principle of democracy in this country.

‘You never give as much succour to the extreme right as when you cut off the mechanism of democratic change.

‘If people want to be able to achieve change through democratic means, if they feel that that is being denied to them, they then turn to other more socially disruptive ways of expressing their views, and that is the danger here.’

Pressed on what would happen if there was a second EU referendum, Mr Gardiner replied: ‘I didn’t say violence on the streets.

‘What I’m saying is that in any situation, if people feel that the route to change is no longer a democratic route, then you look to social disruption, perhaps civil disobedience, in a different way.

‘We have to respect people’s vote in that referendum. We told them we would, we must do it.’ 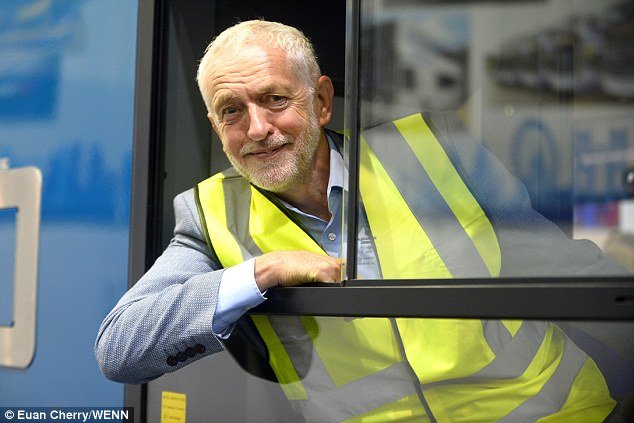 Senior Labour figures have been urging the leadership to back a second referendum, but Jeremy Corbyn (pictured in Falkirk this week) has so far insisted it is not his favoured policy 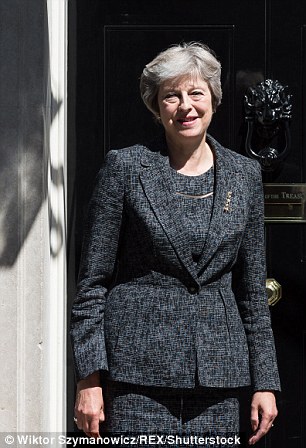 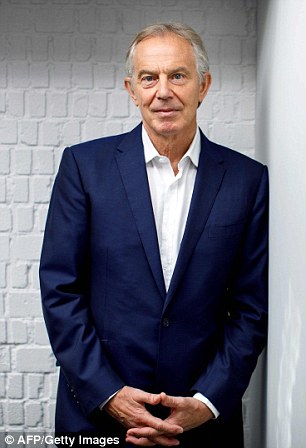 Theresa May, pictured left in Downing Street last month, is fighting to put together a Brexit deal with the EU. Tony Blair, pictured right, has backed calls for a second Brexit referendum