AFL footy fans desperate to get into next weekend’s grand final are being given a helping hand by former and current MCG staff on how to sneak into the ground.

Popular footy forum BigFooty has been running a thread on its forum section for 10 years – earning it ‘Certified Legendary’ status for its services to the football community.

Fans get scanned by security during the round 10 AFL match between the Collingwood Magpies and Brisbane Lions at Melbourne Cricket Ground. In the good ol days there was a bloke in a red coat to get past 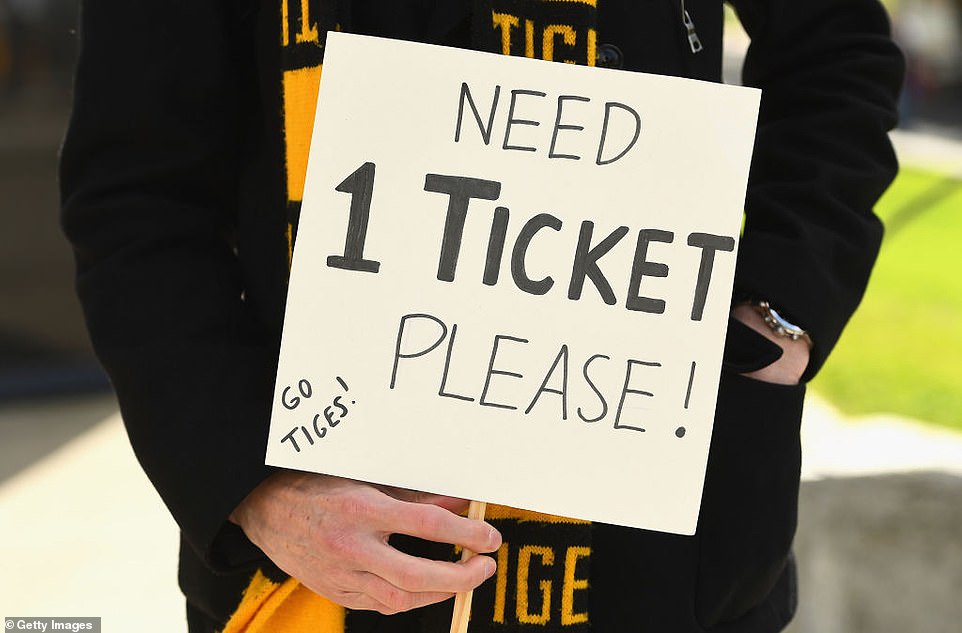 AFL fans are desperate to get into this year’s AFL grand final with or without a ticket. Security at the MCG will be on high alert for dodgy characters who try to scam a free way in. A footy forum has more than 100 pages advising fans how it can be done

One of thousands of threads contained on the BigFooty forum. The site is full of handy tips for the criminally minded on how to get into the MCG for free. Some helpers claim to be employed at the ground itself

The AFL itself acknowledges the demand for grand finals tickets ‘always outstrips supply and tickets to this event are some of the most sought after in Australian sport’.

The MCG holds about 100,000 fans, with competing club members being given access to the lion’s share of the tickets.

Desperate fans without tickets face missing out or paying thousands of dollars to get into the ground.

But anyone caught sneaking in or sprung once inside the ground faces immediate eviction and a $330 fine.

Ideas for getting into the game without a ticket range from the bizarre to enterprising – albeit highly illegal.

Many of the suggestions revolve around exploiting the MCG’s ban on smoking in the venue, which forces smokers to scan out of the ground to have a drag. 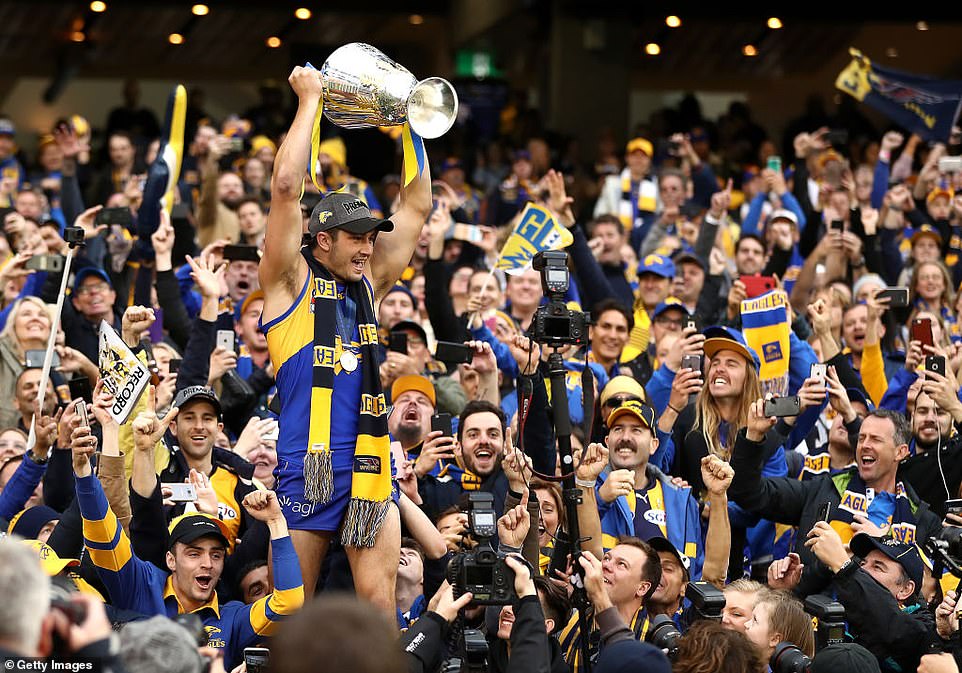 It is a criminal offence to attempt entry to the final without a valid ticket and Daily Mail Australia does not advise or encourage any reader to attempt such entry.

One post from Tuesday asks: ‘Does anyone think that having a mate who has a paid up ticket inside the ground, slipping it to you through a gap/under a door/through the fence on level two attached to a weight and you catching it on the outside etc etc would work?’

‘Once said ticket is acquired, you then strike up a conversation with an attendant, asking them where it’s acceptable to smoke and thanking them cordially, come back 5 mins later to their area and when the ticket doesn’t scan you back in, ask how that is possible?

‘If push comes to shove, create such a scene about what you’ve had to go through to get this ticket, only to be denied entry back in for having a dart that they eventually yield and allow you in?’

Thankfully, the crooked, desperate or down-right cheap are being thrown a helping hand by MCG staffers, who have taken to the site to help out the masses.

‘Worked at the G for 5 years in customer service. Plenty of easy entry points,’ one post states.

‘I’ve seen people just jump the restaurant courtyards. And blend into a crowd of 100 easy as you like. Heard of people using staff ids and uniforms and going through the staff entry near the cricket nets. Although they’ve ramped up security in recent years so it couldn’t be done now.

‘I wouldn’t count on the “oh my ticket wont scan me in now I’ve just gone out for a smoke”. Seen it be knocked back countless times.’ 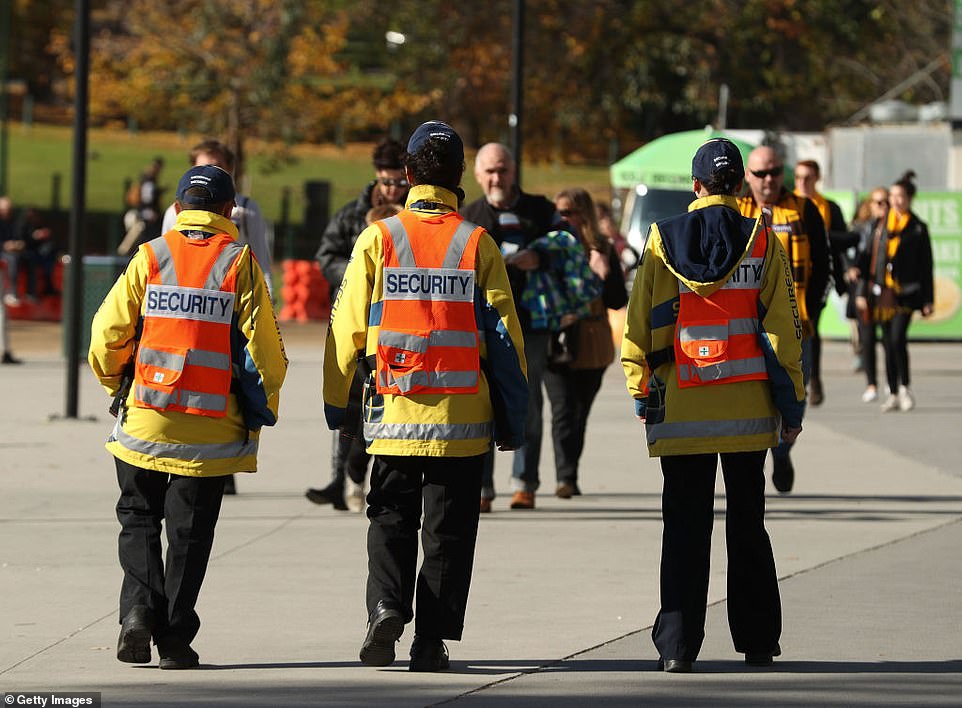 Security will be stepped-up for this year’s AFL grand final. Fans attempting to get in without a ticket face a hefty fine and a likely trip to the local police station 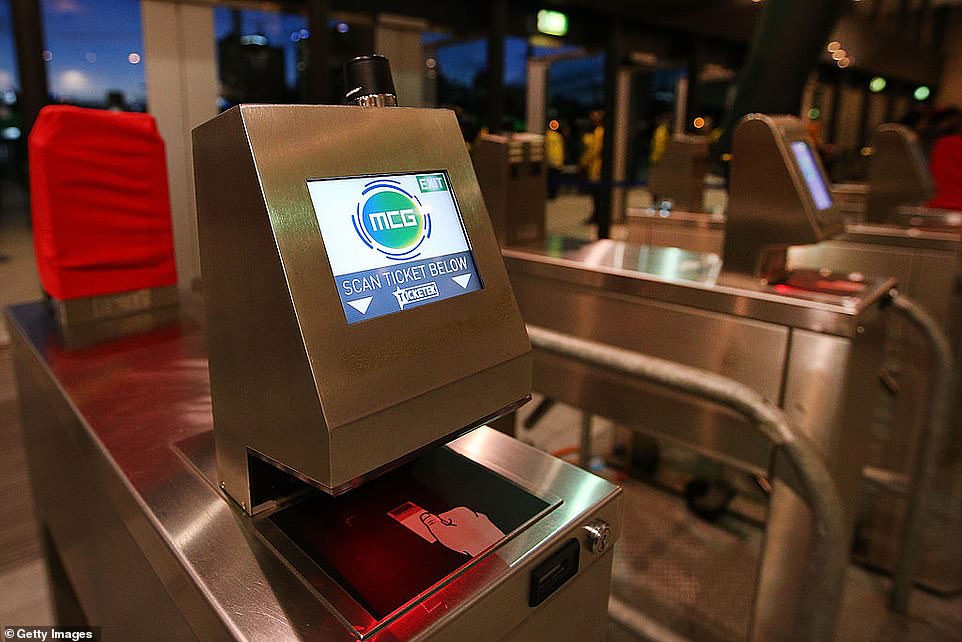 Some fans believe they have worked out ways to fool the MCG’s high-tech ticketing machines. Security will be on the lookout for crooks trying to rort the system

Some more helpful advice from a user of the BigFooty forum. The thread has been running more than 10 years and has earned ‘Legendary’ status

The forum thread now runs to a little over 100 pages and started way back in September 2008 when a user named wallyt99 asked if anyone had every snuck into the game and if so, did they have any tips.

More than 10 years on, security and ways to out fox gate attendants has become increasingly difficult.

The thread is littered with legendary tales of guts, glory and disappointment.

‘In 2002 myself my brother in law and my cousin waited at the roller door for it to open. After about 30 mins it opened to let a ambulance in and we went for it,’ a fan posted in 2008.

‘I have never run so fast in my life. We ended up being helped by some Collingwood supporters who realised what we had done and hid us in a standing room area in the Southern Stand. Awesome day and something we always talk about when we catch up.’

In 2019, fans have had to become more creative.

The ideas offered by fans on the BigFooty forum range from enterprising to outright kooky. Those who take the advice face missing out on the game altogether if they get caught 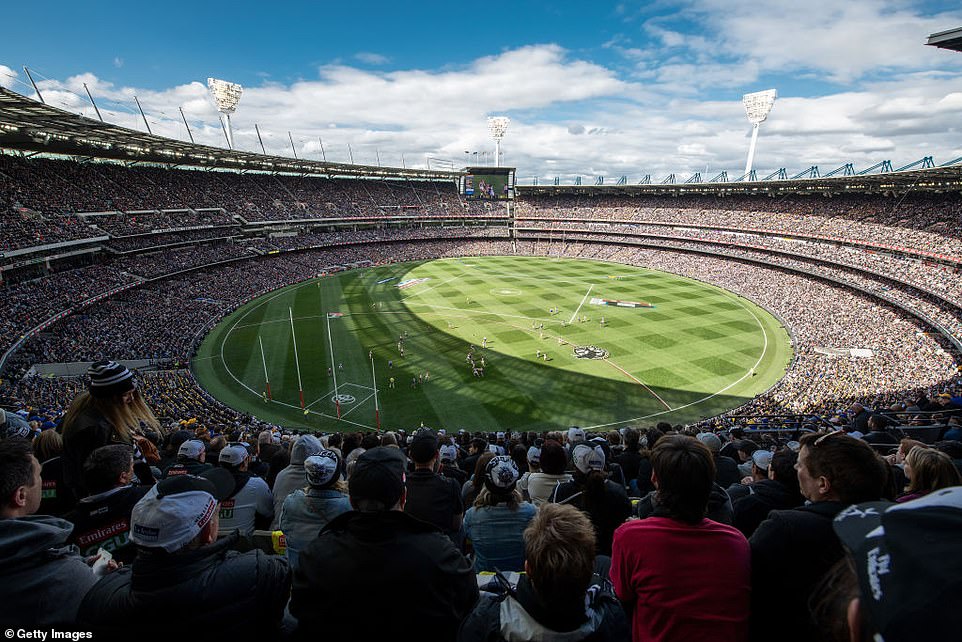 The Melbourne Cricket Ground will fit about 100,000 fans into the ground. Thousands upon thousands more want to get into the ground too. Some think they can scam a way inside free of charge

Confidence is king: one forum user says to try and gain entry by going dressed up as a security guard

‘I had an idea of going as one of those Chub security guys (might have to knick a uniform off a mate), and rocking up early to the staff entry with an empty secure box and the words ‘classified delivery’,’ a punter writes.

‘But there’s always the 90% chance they’d think it’s a bomb, so perhaps not.’

Another writes:  ‘This year I’m using the sneaking in method of having a missus who is very smart and successful and who hasn’t yet woken up to the fact that she could do way better than me – and through her job we’re getting September Club tickets.’

One fan reckons the fancy technology used to scan tickets has a Death Star-like fatal flaw.

‘You do need 1 valid GF ticket tho. Make a copy of the ticket with a clear bar code on it. Go to the turnstiles with your mate who is using the copied ticket. Scan your tickets at different turnstiles at as close to the same time as possible,’ he suggests.

‘When a ticket gets scanned, there is a delay of 1-2 secs in the bar code being retired, meaning the same bar code works again for those 1-2 secs. It’s difficult to co-ordinate, and i am not sure whether there is any change in the technology, but this has worked previously.’

A user named kozi reckons he’s done all the research possible and has cracked the secret to success.

‘For anyone that can’t be bothered reading the previous 100 pages: Just get there at the a**e crack of dawn wearing a suit and you’re in.’