‘Me after lockdown!’ Heartwarming moment rescued otter ‘jumps for joy’ when released into the sea

‘Me after lockdown!’ Heartwarming moment rescued otter ‘jumps for joy’ when it is released into the sea

An otter has been filmed ‘jumping for joy’ after it was released back into the wild – and the footage has captured the imagination of viewers confined by coronavirus lockdown restrictions.

The video of Grant the otter being released back into the sea off the Shetland Isles has been viewed 500,000 times, with comments including ‘Me after the lockdown…’.

In footage shared by Hillswick Wildlife Sanctuary, the otter – named Grant by rescuers – cautiously pokes his head out of a travel box before bounding towards me water.

As he reaches the water, the otter is seen leaping in and out of the water four times. 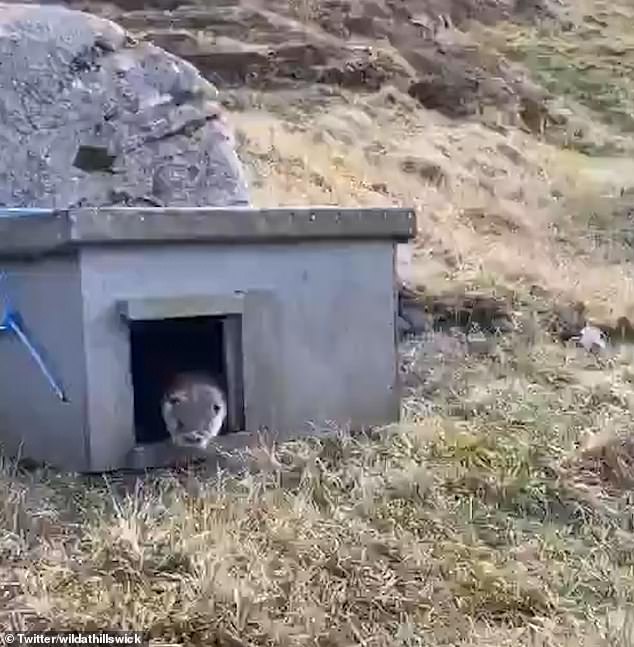 Footage of Grant has been liked 24,000 times on Twitter and Harry Potter author JK Rowling, who lives in Scotland, even retweeted it.

Pete Bevington has worked at the sanctuary in Northamvine for 25 years and he said he’s never seen an animal react like Grant during a release.

He told The Shetland Times: ‘From the moment he hit the water, he started leaping in the air with excitement.

‘I think that’s what got people’s attention, especially right now with everyone stuck in lockdown.

‘So to see an otter take to the wild like Grant did, was just incredible.’

Mr Bevington said Grant had arrived at the sanctuary last August, aged around two months, after he had become separated from his mother in a thunderstorm. 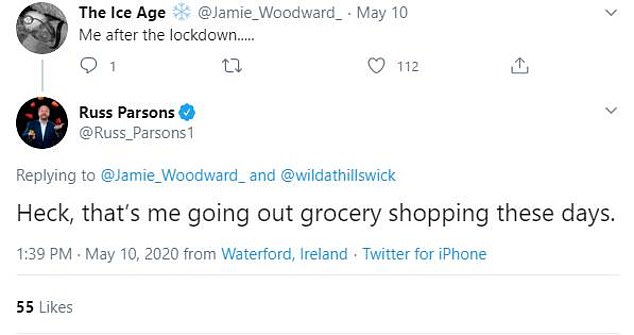 The footage of Grant struck at the heartstrings of people on Twitter. One person joked that Grant represented what they will look like when the lockdown is lifted and another joked that the otter looked like a mini Loch Ness monster

He added that he was ‘blown away’ to see him ‘leaping around like a dolphin’ in the sea.

‘It gave us no doubt at all that he was fit and ready to be out in the wild.’

After one viewer of the video said Grant looked like ‘me after the lockdown’, another  responded that it was ‘me going out grocery shopping these days’.

Grant’s playful and energetic character helped make an impression on the sanctuary workers when he first arrived.

However, the workers had to be careful not to develop too strong a bond with Grant so that he did not imprint on them which would have made the release much harder. 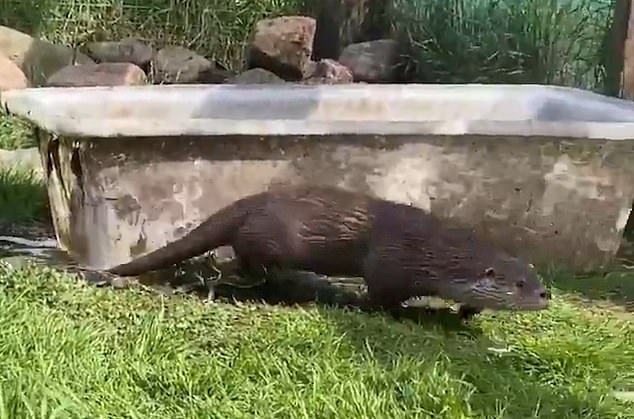 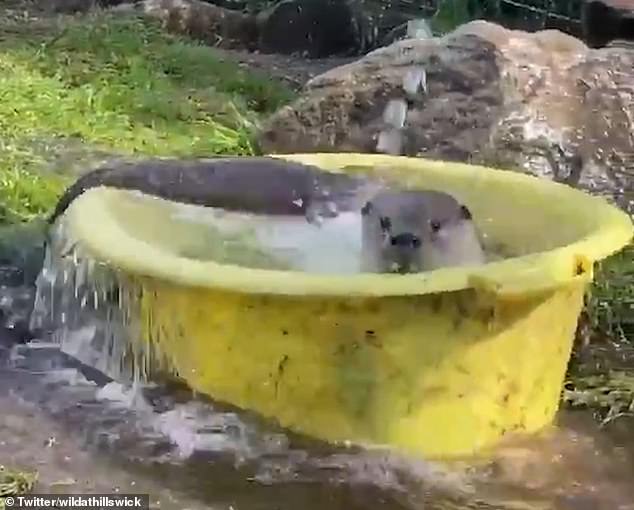 Normally otters will spend a year growing with their mother, but the sanctuary workers have to bottle feed the abandoned pups which makes breaking the bond difficult.

When otters begin feeding on fish they become more aggressive.

Mr Bevington said this is a good way to distance himself from the animals and weaken the bond.

He said: ‘The less they want to know you the better – a hostile, unfriendly otter is a really good sign.’

With help from Siân Bryant from Scottish SPCA, Pete was able to catch Grant to prepare him for release.