Me and my operation: New heart valve that doesn’t need stitching so you recover faster

Mike Adamson photographed at his home in Stokenchurch, Buckinghamshire after the procedure

Living in the beautiful Chiltern Hills, I’ve always enjoyed cycling and jogging. But three years ago I started getting short of breath, and I’d get this dull ache — I’d have to stop for a minute or two before I could complete my usual 10km run.

It was getting gradually worse, so by last spring I couldn’t run 100m without having to rest, and I’d have chest pain, though it cleared quickly.

So last May I saw my GP, who listened to my heart and suggested I might have a valve problem — probably the aortic valve, which controls the blood flow out of the heart to the rest of the body.

Six weeks later tests confirmed it was my aortic valve, which was stiffening as calcium built up, so it wasn’t opening properly and there wasn’t enough oxygenated blood being pumped around my body, which is why I was short of breath.

The cardiologist said although the rest of my heart was healthy, the aortic valve needed replacing as it would only get worse and could lead to heart failure.

That was a shock, since I’d always been so healthy. I was told to stop exercising until the faulty valve could be replaced, since exercise was exacerbating it.

The cardiologist explained that, usually, replacing the aortic valve means cutting through the chest with an incision of up to 30 cm, and a recovery time of up to six months, which was daunting.

But then he said he could refer me to a surgeon who could replace the valve through minimally invasive surgery, with a much faster recovery. I saw the consultant, Toufan Bahrami, in September. 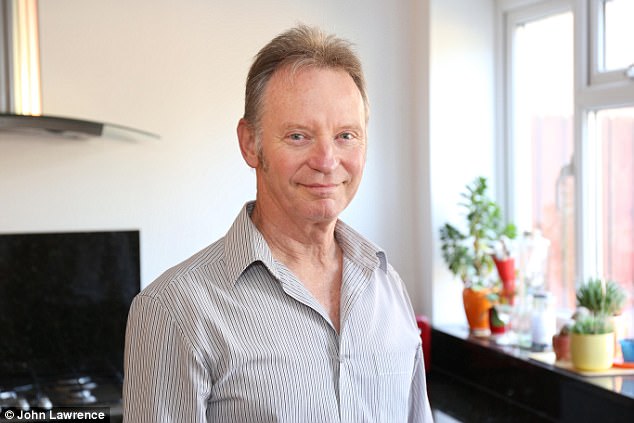 Before he had the implant put in, the teacher said that he couldn’t run 100m without having to rest

He explained that he could replace it through a small incision. Usually the valve is replaced with a mechanical one made of titanium, which means you have to take blood-thinning drugs for life to stop clots forming around it.

But Mr Bahrami said he was also using a new valve made from tissue — from a cow.

Not only does it mean you don’t need blood-thinners, but it also fits neatly into the aorta in the same place as the damaged valve so doesn’t need to be stitched into place — this would mean the recovery time is faster, and I could be back at work within weeks instead of six months.

I had the surgery in December at Harefield Hospital, just outside London. I only needed to stay in hospital for a week, with just some discomfort on the first day, for which I took codeine.

Three weeks after the surgery I could walk 15km and by four weeks, I was able to go for my first gentle jog, which was amazing. Now just three months after the operation I can run 10km non-stop with no ill-effects — and I was back at work after six weeks.

There are around 20,000 heart valve procedures in Britain each year — 15,000 involve aortic valves, usually because the aortic valve, which opens to allow the blood to flow from the heart around the rest of the body, has stiffened and narrowed as a result of a build-up of calcium. This can happen because of damage linked to rheumatic disease in childhood (calcium in the blood can slowly build up on the scar tissue) or simply because calcium builds upon the valve with age.

Other valves such as the mitral valve can become calcified, too, but the aortic valve is more prone to it.

The valve looks like three tissue flaps sitting on a base: these flaps open to allow oxygenated blood to flow through, and close to stop it flowing back. If the flaps become rigid and fail to let enough blood through, patients feel tired and breathless — they may also feel dizzy as the brain isn’t getting enough blood.

Meanwhile, the muscle of the heart has to work harder to compensate and thickens, so the cavity of the heart becomes smaller, making the problem worse.

This valve should open to 1.5 sq cm to let blood flow through: when it becomes calcified and can only open to under 1 sq cm we need to replace it. Mike’s was only opening to around 0.7 sq cm.

The standard way to replace narrowed valves is with a sternotomy, making a 20 to 30cm incision in the chest. We also have to use a heart-lung bypass machine to stop the heart for 45 to 60 minutes. All this means the patient faces a long recovery. 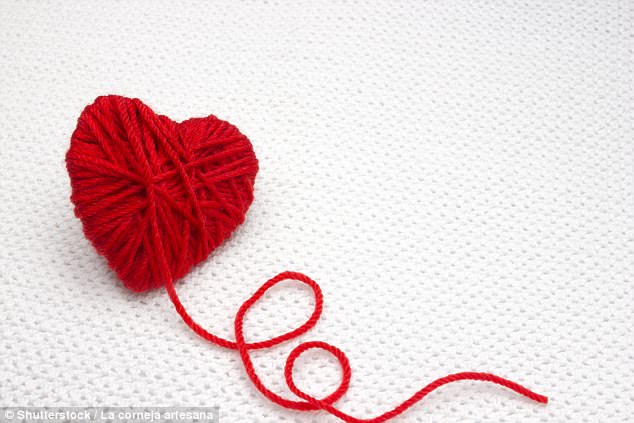 There are around 20,000 heart valve procedures in Britain each year — 15,000 involve aortic valves, like the procedure on Mr Adamson

At Harefield we now implant most valves, including mechanical ones, minimally invasively — usually we only need a 6cm incision. But this goes through the breastbone, which means a recovery time of up to two months. The valves need to be sutured in place, using 30 to 40 stitches.

We’re now using the new Edwards Intuity valve, which doesn’t need stitches as it’s held in place by a fibrous ring at the base of where the original valve was.

And the incision, which is 6cm, goes between the ribs. This means a quicker recovery, with many patients back to work within four weeks. And because it doesn’t need suturing, patients spend just 15 to 20 minutes on a heart-lung machine, so the risks are lower. The difference with the new valve is that it’s fixed to a stent (a tube-like mesh) made of stainless steel. This ‘anchors’ it under the fibrous ring. The operation takes 90 minutes to two hours, around an hour faster than the traditional valve procedure.

Working between the ribs, I open the aorta and expose the aortic valve. I remove all the calcium from around the fibrous ring (called the annulus) at the base of the valve, as well as the damaged flaps themselves. The new valve has three bovine tissue flaps supported by flexible alloy wire.

I then insert the collapsed stent into the left ventricle, the lower left chamber of the heart (the main pumping chamber). When it’s in place, I use a balloon to expand it, like an umbrella, so the new valve won’t shift.

Because it sits above the annulus we can use a much larger valve than with other valves, which is more efficient as it allows more oxygenated blood through — we have a range of sizes depending on the patient’s anatomy, which open to 1.3 to 2 sq cm.

This valve should last around 15 to 20 years — shorter than a mechanical valve, but the risks are lower and the patient doesn’t need to be on warfarin for life, and it can be replaced easily.

The procedure costs the NHS around £20,000 and a similar cost if done privately.

In future, slimming our wobbly bits could be as simple as slapping on a patch, suggest the results of a trial of a new device.

Reported in the journal ACS Nano, a study by researchers in North Carolina used patches covered in tiny needles to inject a substance into the fat under the skin to turn it from so-called ‘bad’ white fat into ‘good’ brown fat. Brown fat — unlike white, the kind laid down around stomach and hips if we over-eat — helps you burn off calories.

However, it is usually found in only small quantities in adults.

So far, the 1 sq cm patch has been tested only on mice, but it showed impressive effects, reducing the amount of fat under the patch, increasing the amount of energy burned and improving the symptoms of type 2 diabetes.

Equipment at the gym carries 362 times more germs than a loo seat on average, according to swab tests by consumer website Fitrated. They found bacteria linked to common skin infections, ear infections and respiratory illnesses. To combat this disinfect your hands and equipment, and don’t go barefoot at the gym.

The way you store your food can have surprising effects for health. This week: Beware of melted ice cream

It might surprise you to learn that re-frozen ice cream can be a source of food poisoning.

‘Ice cream melts at approximately -0.5c, and when it does, harmful bacteria such as Listeria monocytogenes, associated with severe food poisoning, can grow and thrive in the sugary environment,’ says food hygiene specialist Sylvia Anderson, from Anderson Food Hygiene. ‘Refreezing thawed ice cream is safe only if it’s just slightly melted and has been kept under proper refrigeration.’

It’s important the ice cream hasn’t been exposed to the outside environment. So if you’re planning to buy ice cream, take a cool bag to bring it home in and transfer it straight to the freezer.