The number of measles cases in Europe rose by 400 per cent in 2017 compared to the previous year, new figures reveal.

The life-threatening infection affected 21,315 people last year, resulting in 35 fatalities, the figures add. This comes after a record low of just 5,273 incidences in 2016.

Dr Zsuzsanna Jakab, regional director for Europe at the World Health Organization (WHO), said: ‘Every new person affected by measles in Europe reminds us that unvaccinated children and adults, regardless of where they live, remain at risk of catching the disease and spreading it to others who may not be able to get vaccinated.’

Poor vaccination rates are thought to have led to epidemics in Romania, Italy and Ukraine.

As of last month, there were 122 confirmed cases of measles across five regions in England, with West Yorkshire, West Midlands, and Liverpool and Cheshire being most affected.

To prevent an outbreak, 95 per cent of the population should be immunised.

The WHO claims people’s fear of jabs, means many, particularly young children, are unprotected.

This fear could be attributed to disgraced gastroenterologist Andrew Wakefield’s theory in 1995 that the measles, mumps and rubella (MMR) vaccine is linked to bowel disease and autism. His controversial views have since been widely discredited.

MEASLES DECLARED ‘ELIMINATED’ FROM THE UK JUST FIVE MONTHS AGO

This can be verified once a country has sustained ‘interruption of endemic transmission’ for at least 36 months, according to the World Health Organization (WHO).

The surge in measles cases in 2017 included large outbreaks in 15 of the 53 European countries.

Romania was most affected with 5,562 cases, followed by Italy with 5,006 and Ukraine with 4,767 incidences. These regions have experienced a decline in overall routine immunisation rates.

These figures comes after the WHO declared measles ‘eliminated’ from Europe in 2016 after 42 countries successfully disrupted disease transmission.

Yet, it now says, ‘outbreaks will continue to occur until every susceptible child and adult is protected’.

Dr Mary Ramsay, head of immunisation at Public Health England, added: ‘Due to ongoing measles outbreaks within Europe, we will continue to see imported measles cases in the UK in unimmunised individuals.

Ministers of health from 11 countries will meet today to discuss working together to achieve the goals set out in the European Vaccine Action Plan by 2020, including measles and rubella elimination.

Dr Will Welfare, a consultant in health protection at Public Health England, told Manchester Evening News: ‘Measles is a very infectious virus and can spread rapidly among communities, such as schools, if people have not been fully immunised.

‘I would appeal to any parents who have not yet had their children vaccinated to get them protected as soon as possible through their GP.’

Dr David Elliman, paediatrician at the Royal College of Paediatrics and Child Health, added: ‘Although the uptake of the both doses of MMR vaccine is high in UK, because measles is so infectious, it is not yet high enough to stop [the] outbreaks we are seeing’. 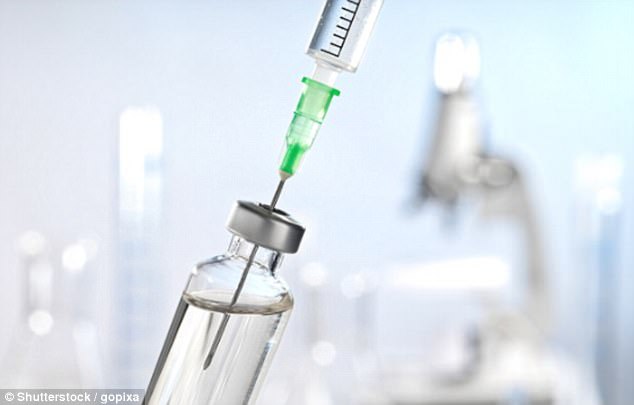 WHAT IS MEASLES AND HOW CAN YOU CATCH IT?

After a 1998 paper further confirmed this finding, Wakefield said: ‘The risk of this particular syndrome [which he termed ‘autistic enterocolitis’] developing is related to the combined vaccine, the MMR, rather than the single vaccines.’