Measles hits a 10-year high as number of cases triples in just 12 months with more than 82,000 taken ill worldwide

The number of people contracting measles in 2018 across Europe was the highest number for a decade, the World Health Organisation (WHO) has said.

While more children in Europe are being vaccinated against measles than ever before, progress has been ‘uneven’ between countries and individual countries have some patches where vaccine take-up is low, it said.

Some 82,596 people in 47 of 53 countries contracted measles, the highest number this decade and three times the figure in 2017.

While record numbers are being vaccinated in Europe, progress in closing gaps ‘will be insufficient to stop measles circulation’, the WHO warned [File photo]

A total of 72 children and adults died in 2018 following infection, the WHO said.

In England and Wales, Public Health England (PHE) data shows there were 913 cases of measles between January and October 2018 – the most recent data available.

Two adults died from measles in 2017 in the UK.

One was an immunosuppressed man who had caught measles abroad three years earlier, while the other was a woman who acquired her infection in the UK.

Ukraine reported the highest number of measles cases last year across Europe, while more than 90% of cases were in 10 countries, including France, Italy and Greece.

Dr Zsuzsanna Jakab, WHO regional director for Europe, said: ‘The picture for 2018 makes it clear that the current pace of progress in raising immunisation rates will be insufficient to stop measles circulation.

‘While data indicate exceptionally high immunisation coverage at regional level, they also reflect a record number affected and killed by the disease. 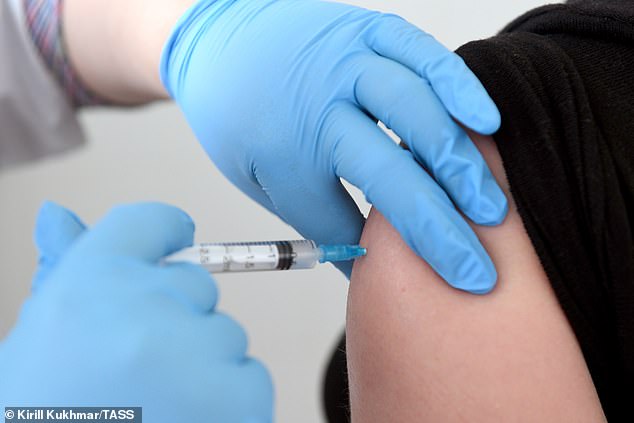 ‘This means that gaps at local level still offer an open door to the virus.’

The 2018 surge in measles cases followed a year when European countries achieved their highest ever estimated coverage for the second dose of the measles vaccination – 90% – the WHO said.

Some 95% of children received the first dose of the vaccine.

Ukraine had the most cases, with a total of 72 dying from the illness across Europe.

The most recent data for England and Wales shows 913 cases between January and October 2018.

While record numbers are being vaccinated in Europe, progress in closing gaps ‘will be insufficient to stop measles circulation’, the WHO warned.