The cost of the coronavirus pandemic on the US healthcare system could be hundreds of billions of dollars in direct medical expenses, a new study suggests.

Researchers say the average cost of the infection alone is $3,045, four times higher than the flu and five times more than a case of whooping cough.

With as much as 80 percent of Americans infected – and factoring in other medical costs such as ventilators, lung damage and other organ damage – the US could be facing a bill as high as $654 billion.

What’s more, the spread of the virus could require resources such as hospital beds and ventilators that may exceed what is currently available.

The team, from the City University of New York (CUNY) Graduate School of Public Health and Health Policy, says its findings show how costs and resources can be cut considerably if the US reduces the spread of the virus. 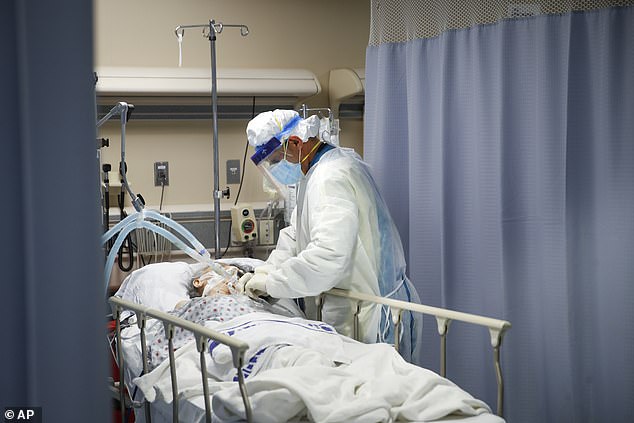 Researchers found that the average cost of coronavirus infection alone is $3,045, which is four times higher than the flu. Pictured: An emergency room staff member tends to a coronavirus patient at St Joseph’s Hospital in Yonkers, New York, April 20 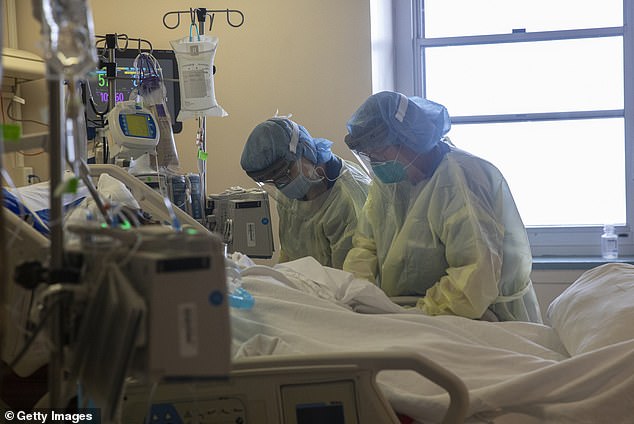 The report also found that we could need up to 44.6 million hospital beds and 6.5 million ventilators, which is significantly less than the US has. Pictured: Two nurses assess the vital signs of a coronavirus patient using a ventilator on the ICU floor at the Veterans Affairs Medical Center in Brooklyn, New York, April 21

‘There is talk of the economic cost of social distancing measures, but not on the other side of the measure which is the impact of the virus and if different percentages of the population were to be infected,’ senior author Dr Bruce Y. Lee, a professor of health policy and management at CUNY School of Public Health, told DailyMail.com.

‘You see pictures [of hospitals], but you are not really hearing about the numbers. There is a need to quantify what these costs will be.’

For the study, published in the journal Health Affairs, the team developed a computer model of what would occur if different proportions of the US population were to be infected.

The simulation had different people developing different symptoms and needing different levels of care from an urgent care clinic to hospitalization.

Then, researchers calculated the resources each patient would need including hospital beds, ventilators, treatment and time with doctors and nurses.

Results showed that one symptomatic case of COVID-19, the disease caused by the virus, is $3,045 in direct medical costs.

When costs from long-term effects were factored in, such as lung damage and other organ damage, the average cost rose to $3,994.

‘Some people are still saying [coronavirus] is like the flu, and some say it’s like a cold,’ Lee said.

‘That’s the complete opposite. It’s significantly higher than the flu in terms of costs.’

He added that ‘the costs extended beyond the acute infection’ and, for a proportion of people, costs will continue after the infection itself is over.

The model showed that, if 20 percent of the US population were to be infected, the average cost would be $163.4 billion in direct medical expenses, with factors pushing it up to $214.5 billion

If 50 percent of the population were to become infected, the average cost would be $408.8 billion in direct medical expenses during the course of the infection.

And, if 80 percent of the population were to be infected, it would cost an average of $654 billion.

Lee says this shows what could occur if social distancing measures are relaxed too quickly and parts of the country begin to reopen.

This could lead to infection rates soaring, which will lead to a rise in healthcare costs. 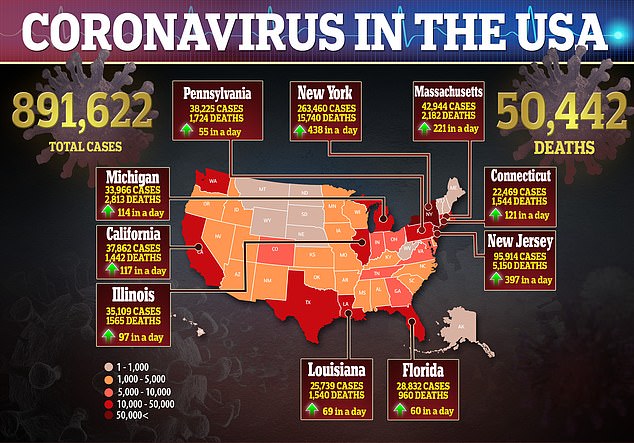 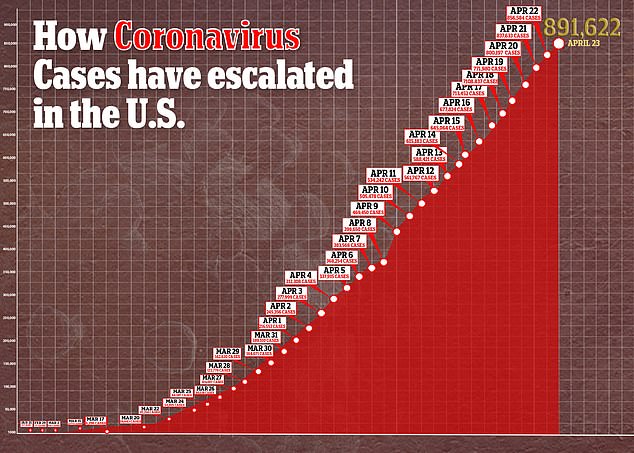 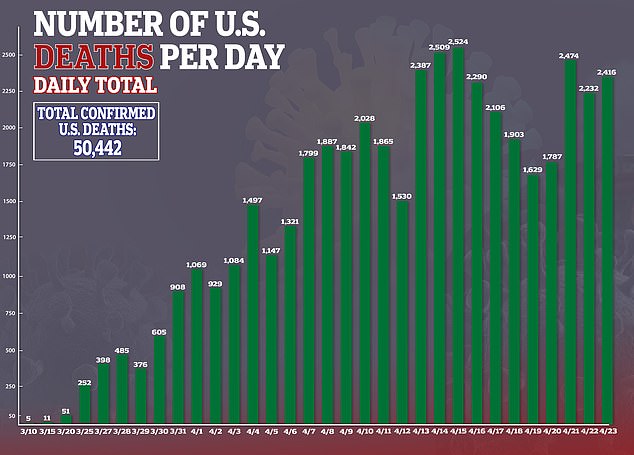 ‘Eventually these costs will have to be paid for by someone,’ Lee said. ‘It will eventually trickle down to business paying for [employees’] health insurance.’

Additionally, the model found that there is a gap between what could be needed and what the US have.

However, according to the Society of Critical Care Medicine, there are only about 100,000 hospital beds and 62,000 mechanical ventilators in the US.

‘Everything during this pandemic has to be driven by science and driven by data and facts,’ Lee said.

‘When you make decisions, or use economic factors of when we should reopen businesses or we should do [a] policy, it needs to include all both sides.

‘You have to say: “Here’s the cost of these businesses being closes, but here’s of healthcare and let’s find a balance.”‘