It was revealed yesterday that Kate Middleton’s brother James had tied the knot with Alizée Thevenet in an intimate ceremony in France. The entrepreneur, 34, who is the younger brother of the Duchess of Cambridge , revealed he had wed the 32-year-old French finance expert on Saturday ‘surrounded by family and friends’. 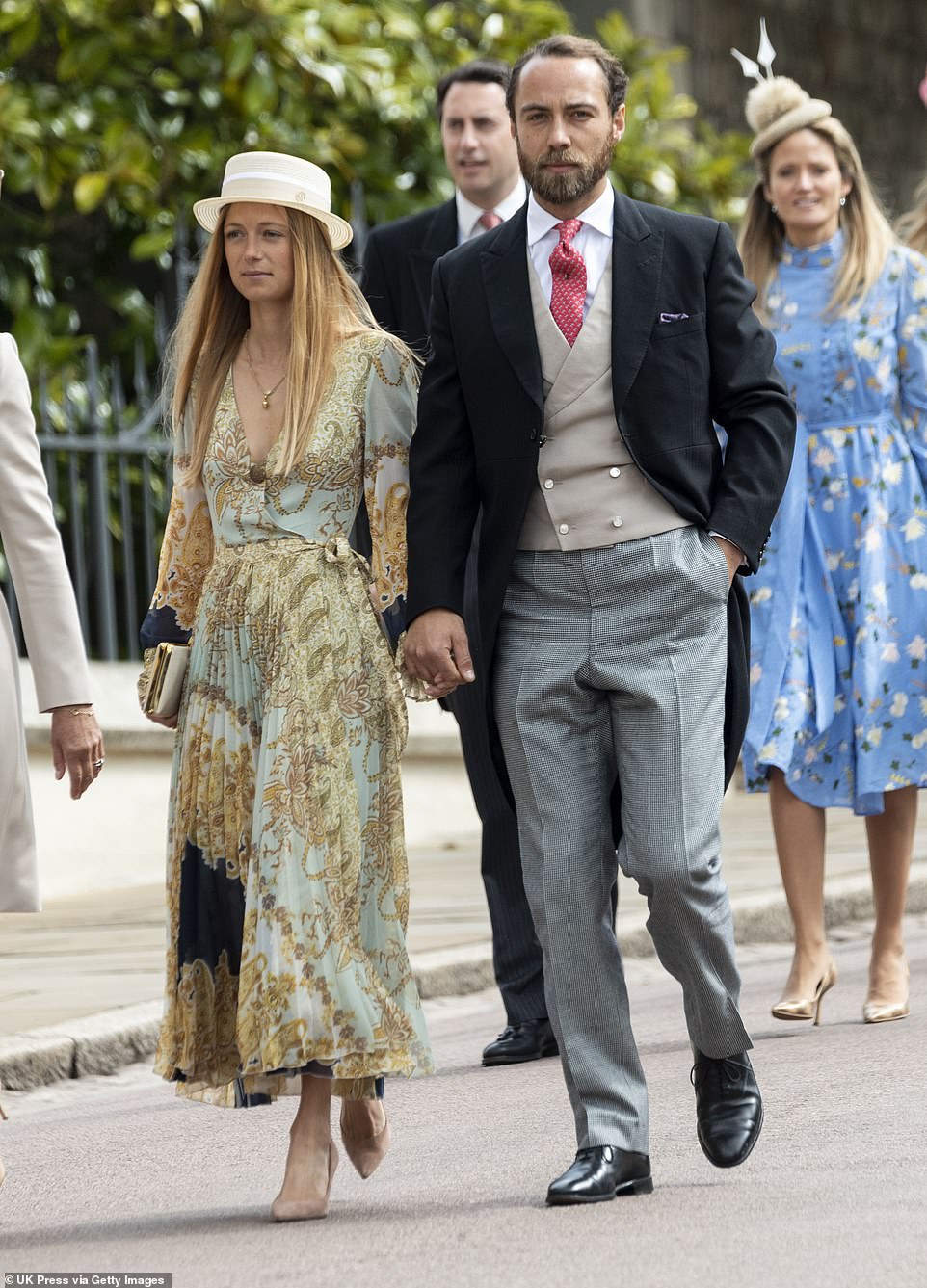 Alizée, who has lived and worked in London for several years, is currently a director at TreasurySpring, a fintech firm that uses digital pipelines to connect cash rich firms to institutional borrowers. 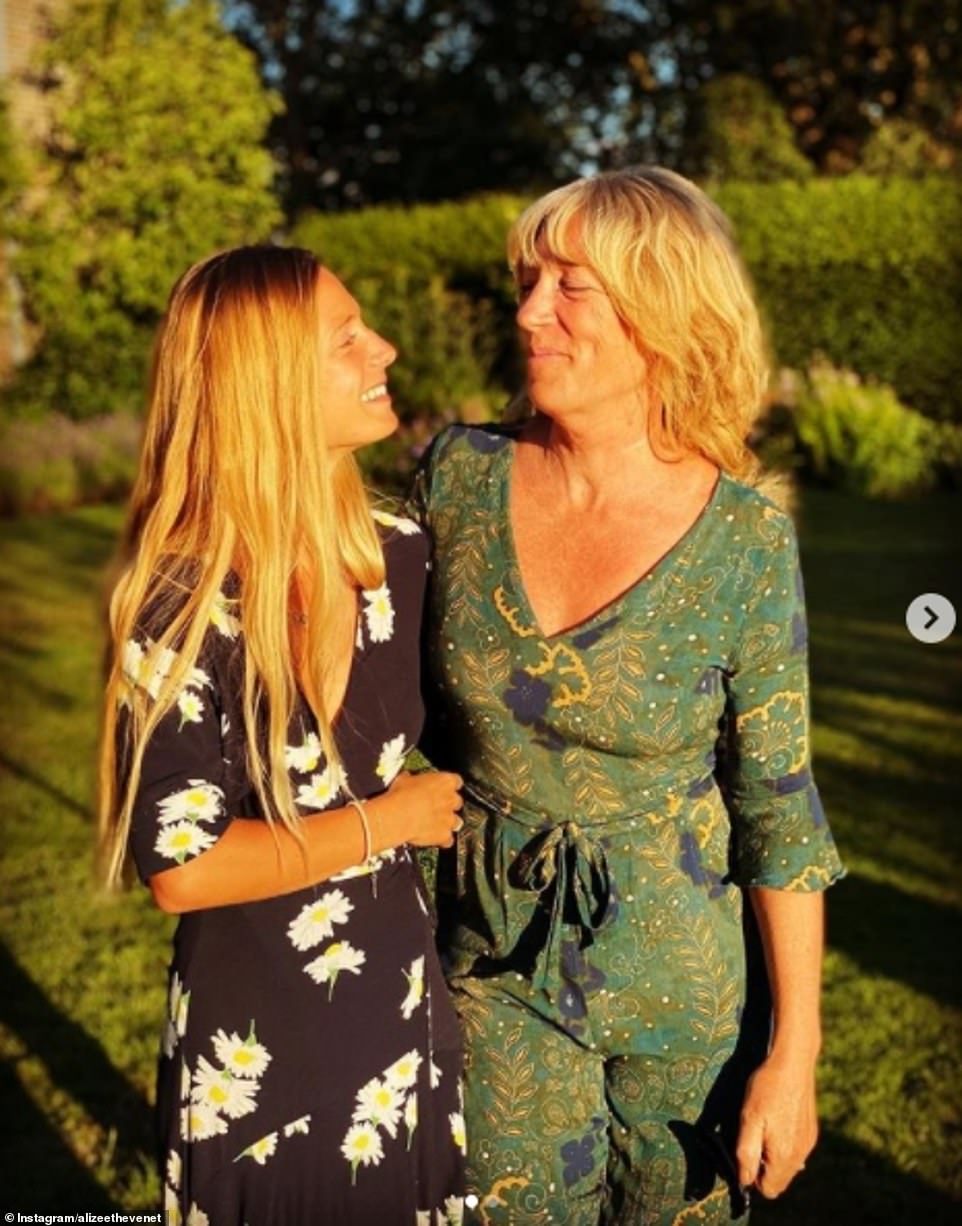 She’s the daughter of retired diplomat Jean-Gabriel Thevenet, who lives in Paris and is currently pursuing a career as a writer and poet, and shared a close relationship with both her mother (pictured right) and her father. Her dad is very fond of his daughter’s new husband, previously describing Alizée as ‘deliriously happy’ with James. 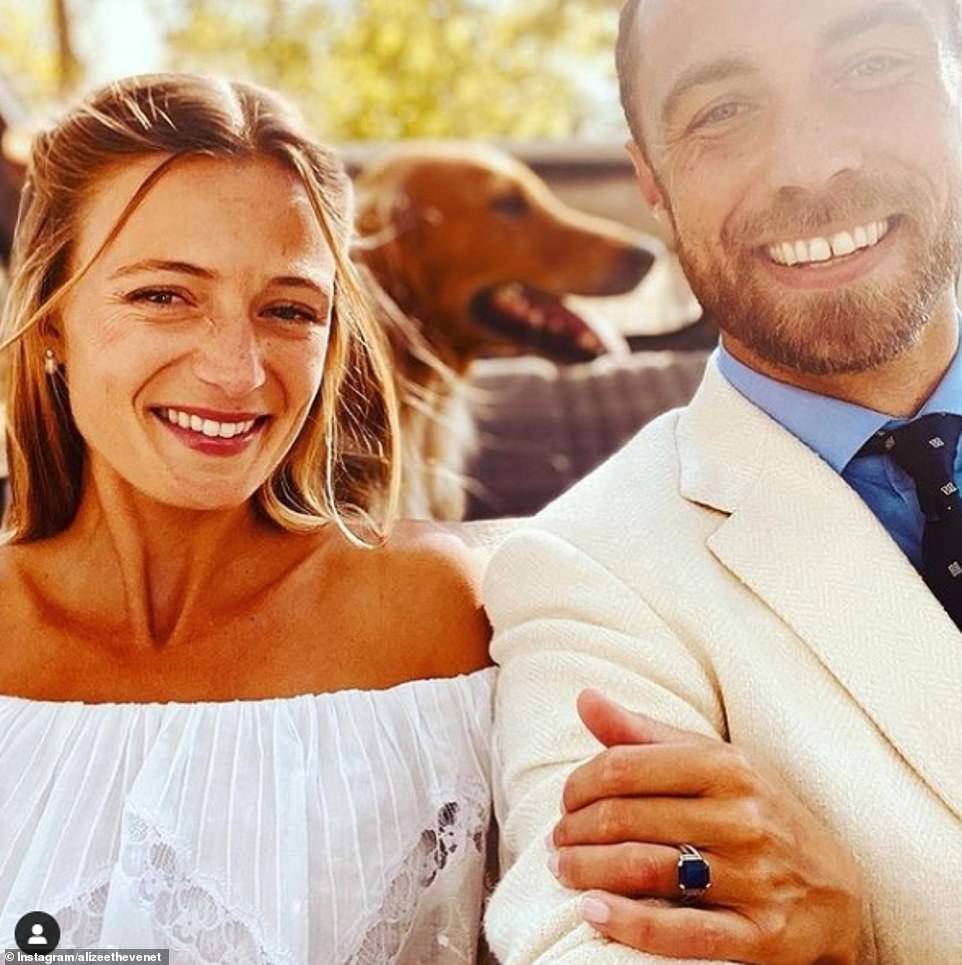 ‘My daughter Alizee is very happy with James, they are very much in love,’ Mr. Thevenet told MailOnline in March 2019 when news of the couple’s relationship first broke. ‘James is a very charming man,’ he said. ‘I am very happy that Alizee is together with James. I know she is very happy. We keep our fingers crossed for them.’ 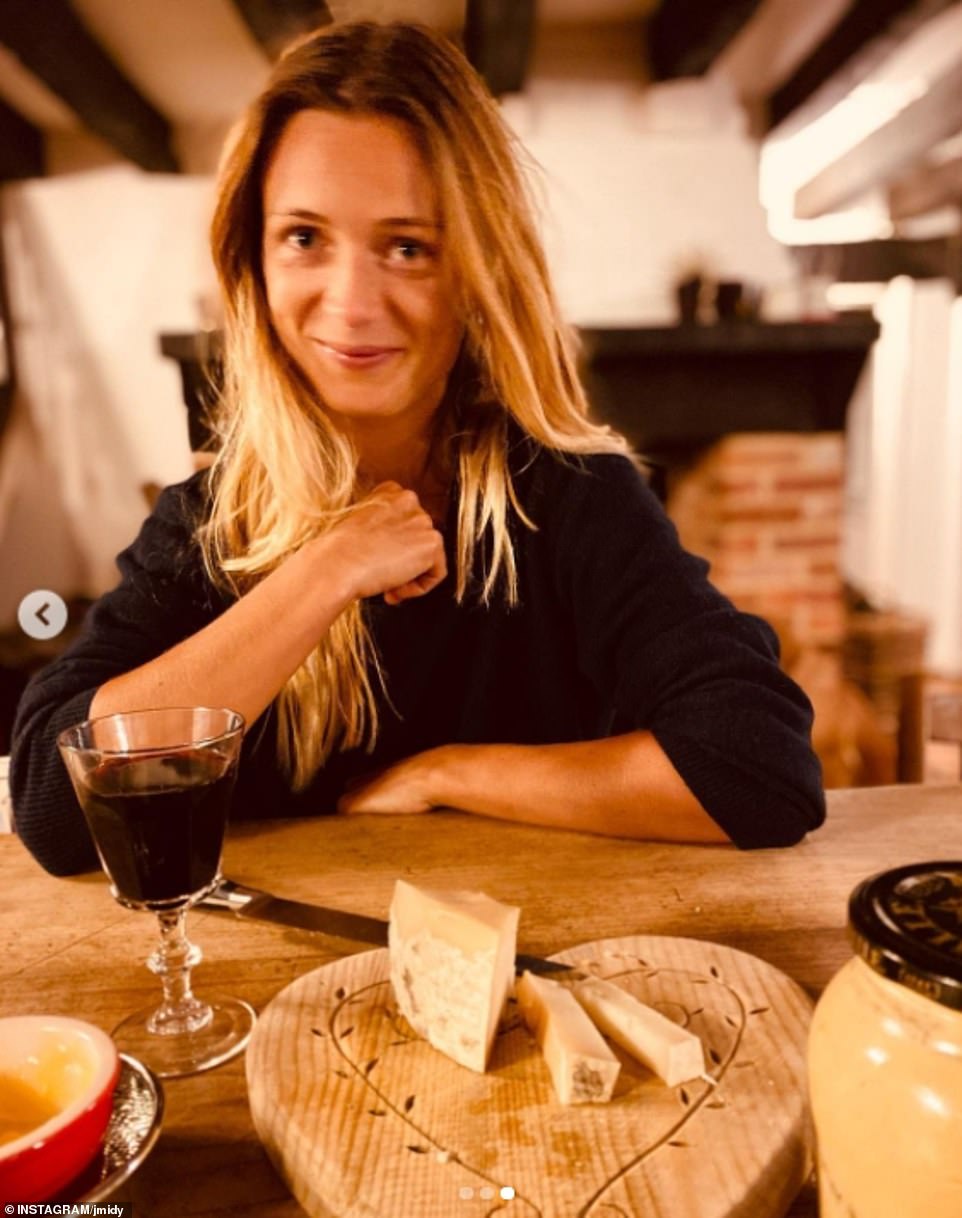 The finance guru is fluent in three languages having lived in six countries – Germany, Indonesia, Chile, France, Belgium and England – as the Thevenets traveled the world. 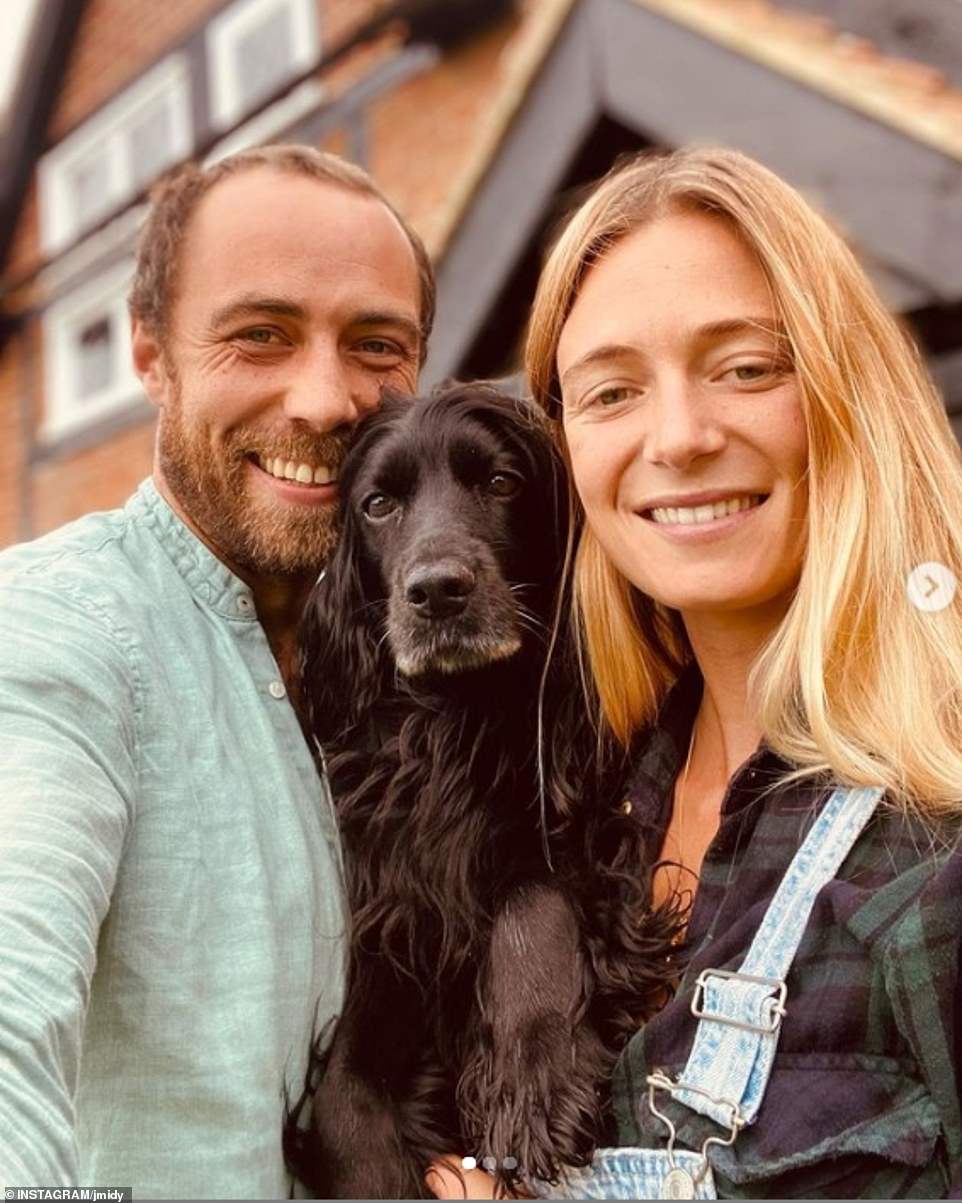 But Alizée has been settled in the UK for several years, graduating with a masters degree in investment and finance from Queen Mary, University of London. 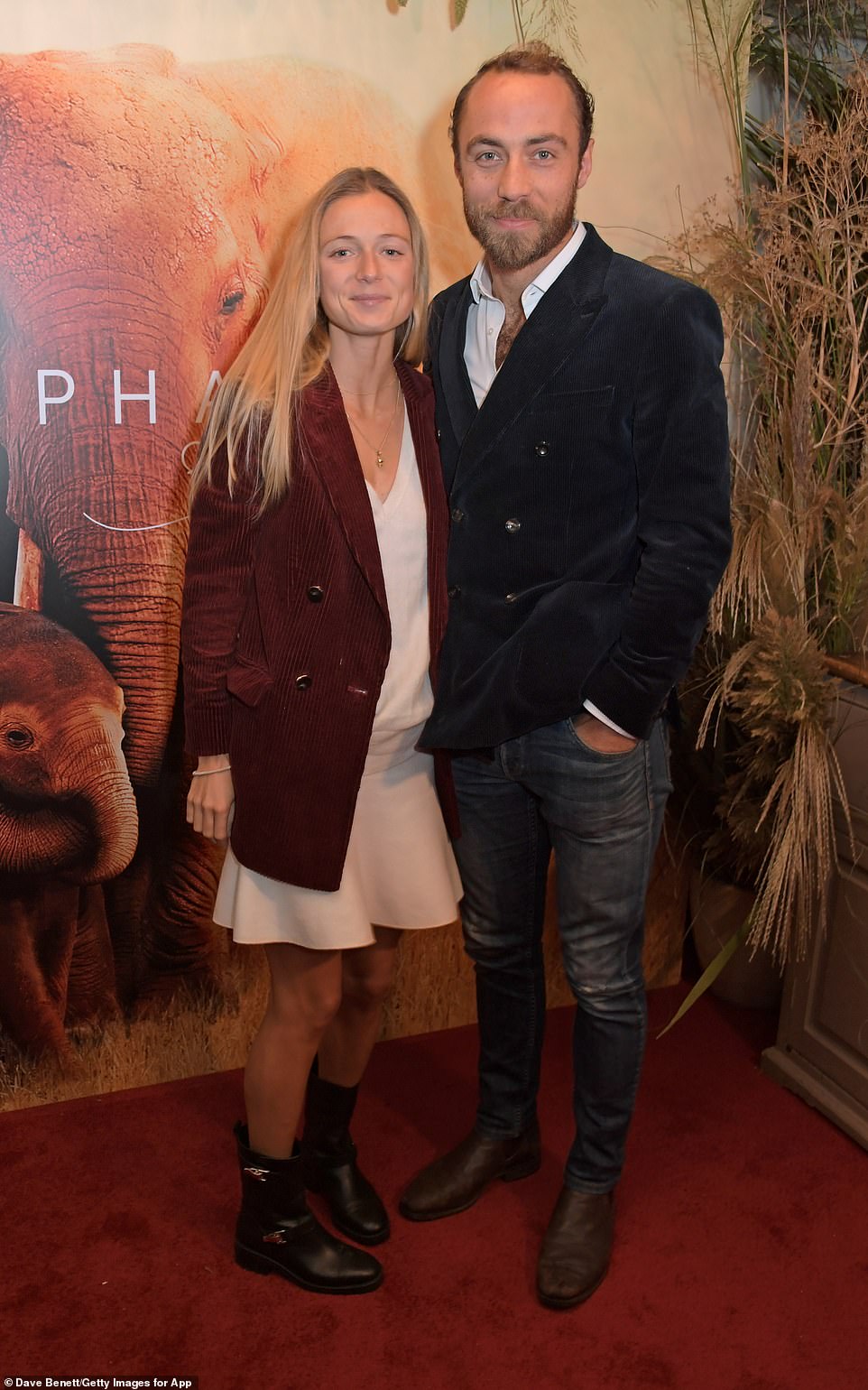 Before then she did her undergraduate degree in accounting and finance in Brussels. On her LinkedIn profile, she describes herself as having a ‘high work ethic and dedication to success’ as well as ‘always being open to new ideas’. 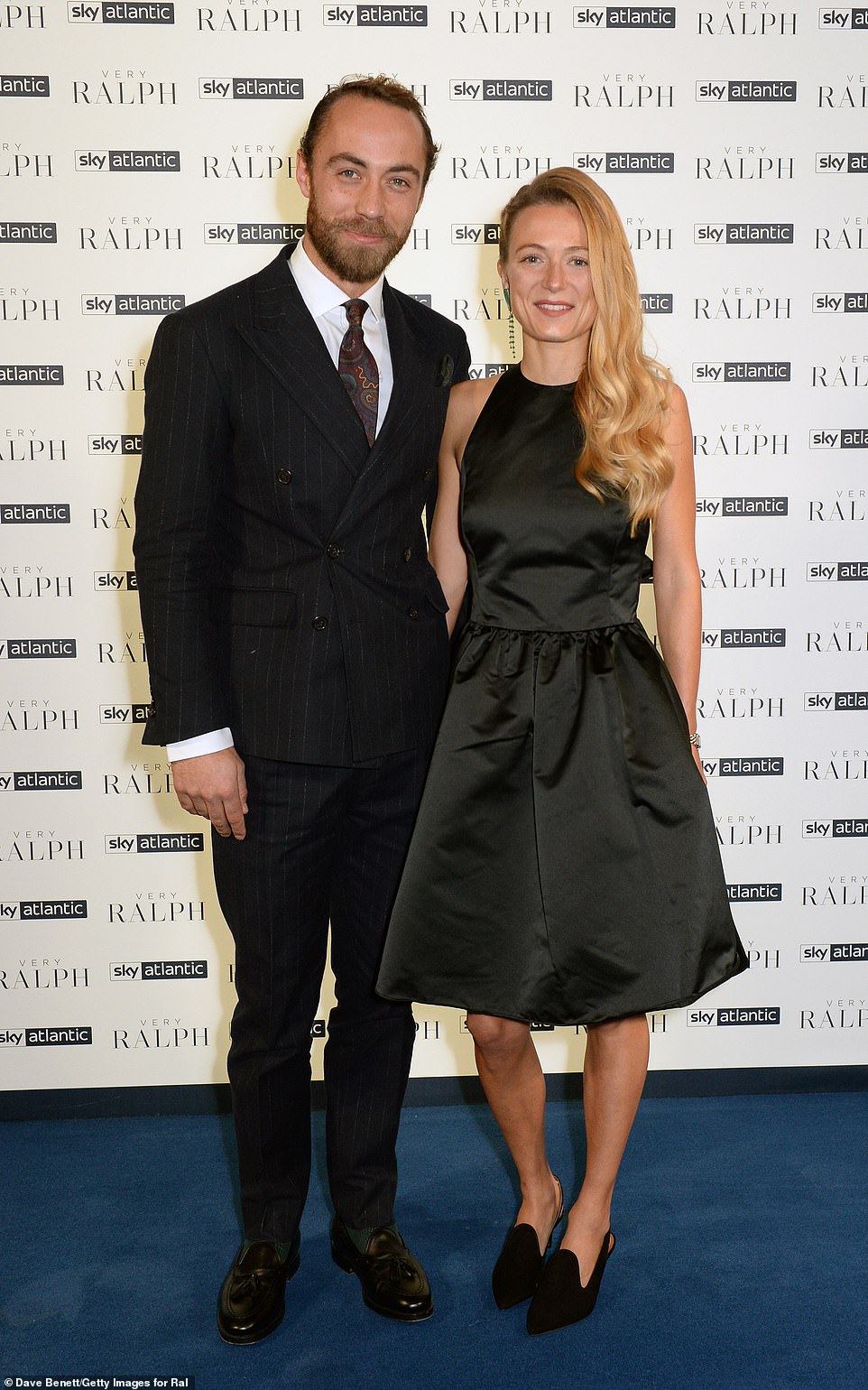 The blonde beauty has worked at London-based fintech startup TreasurySpring for the past two years. 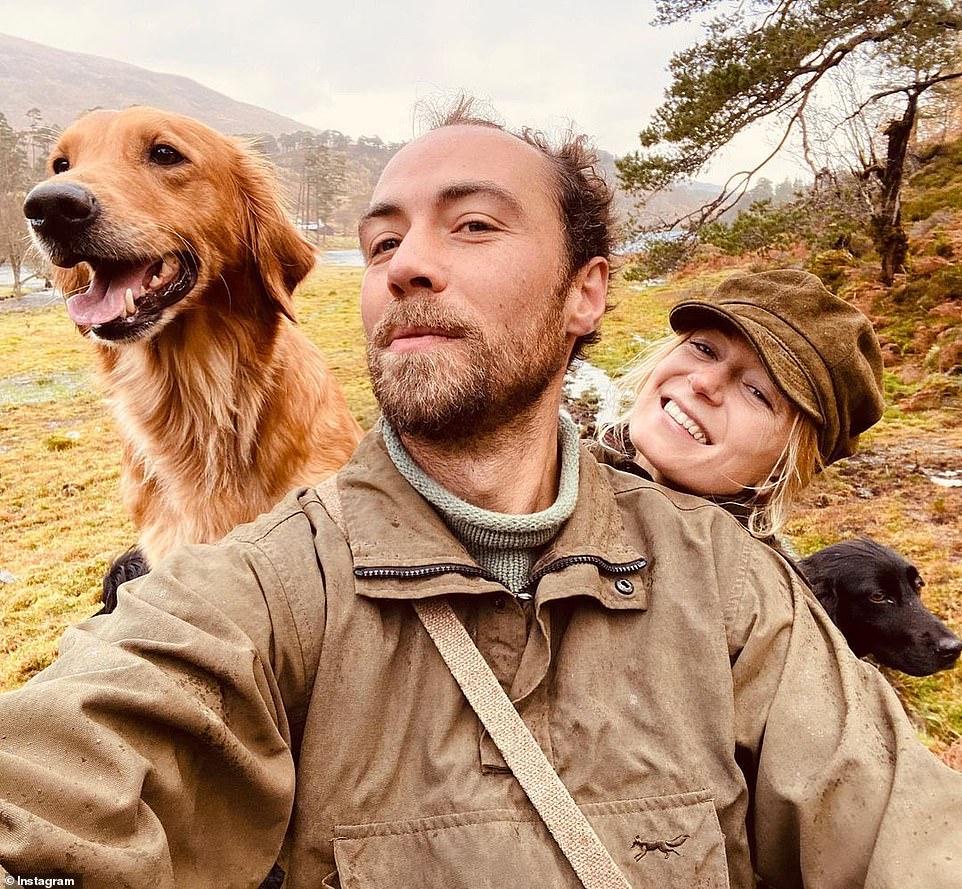 Alizée has a keen interest in sailing and watersports and shares James’s love of dogs, with the pair often sharing snaps of them out and about with the entrepreneur’s beloved pets. 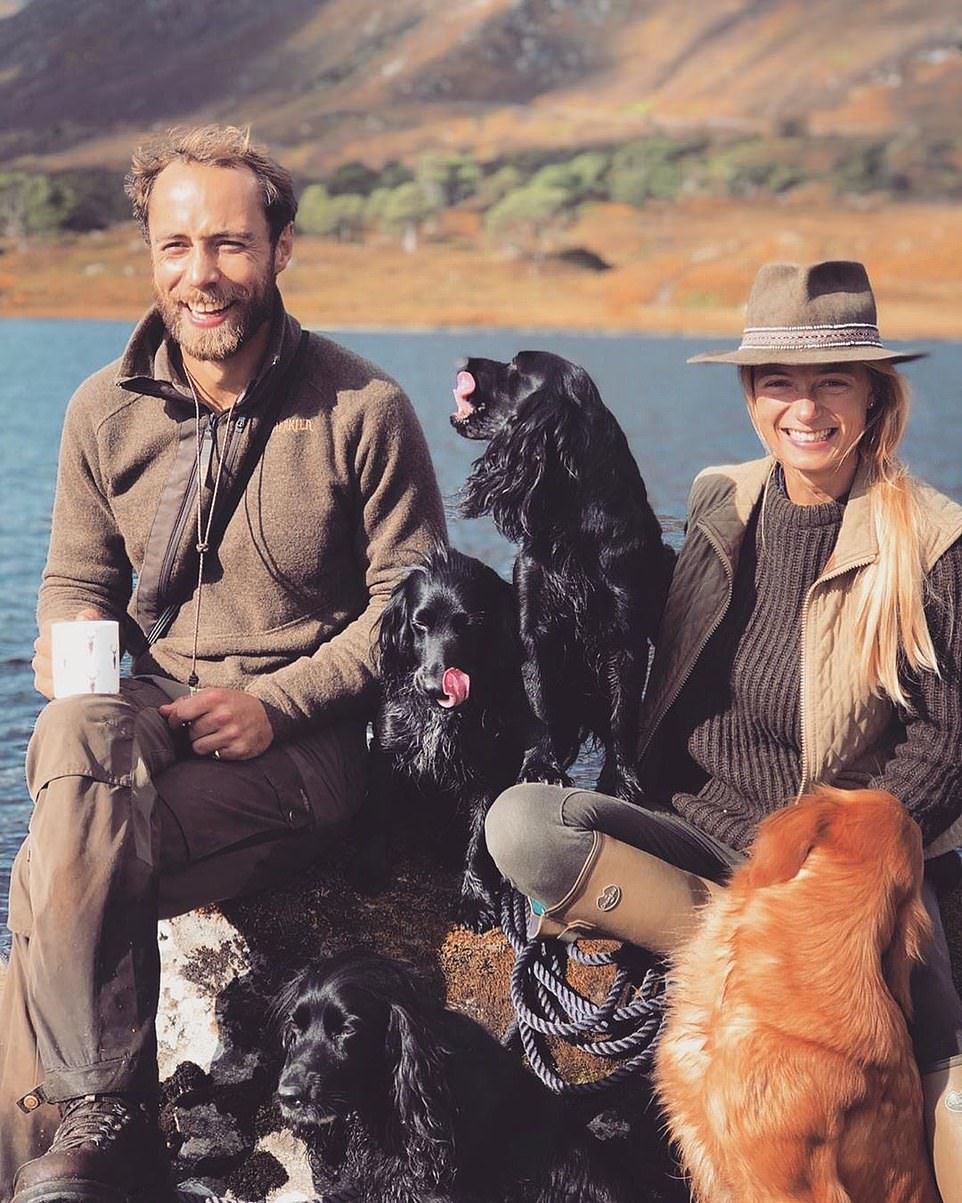 Her father revealed how his daughter Alizee is named after the sub-tropical trade wind – known as the Alize in French. 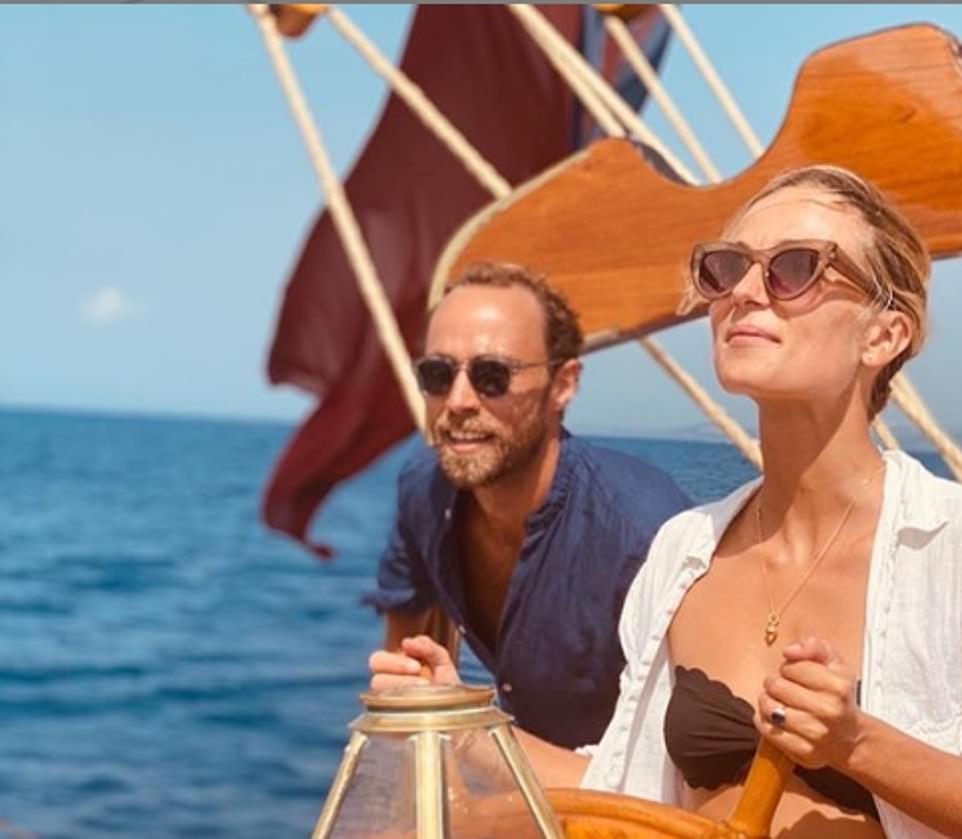 He said: ‘My daughter is named after my first love which is wind-surfing and the Alize wind that fills the sails.’ 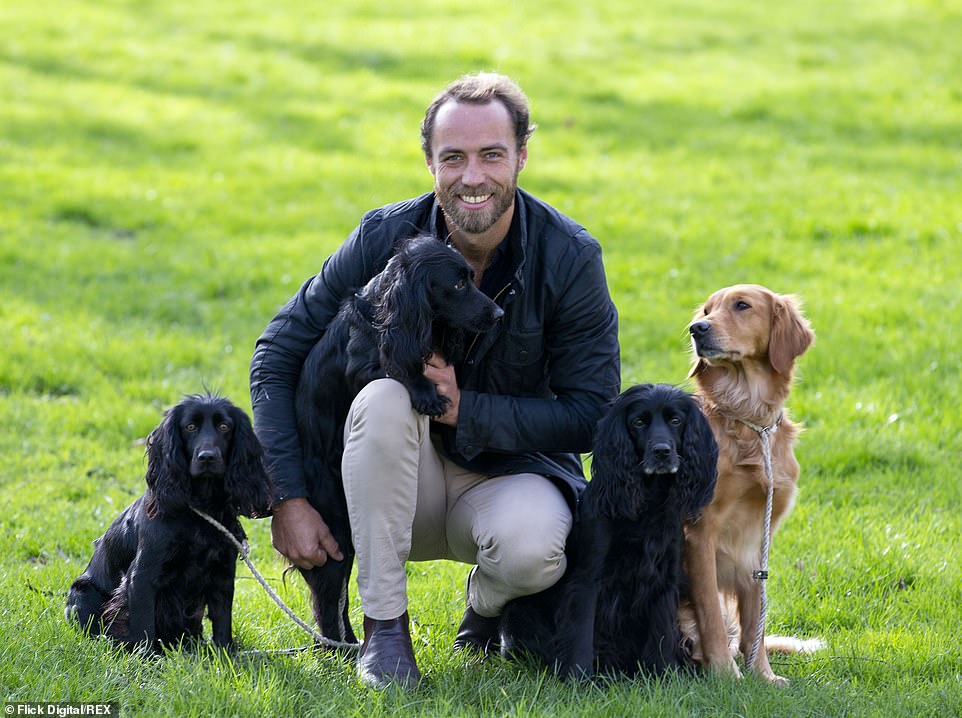 James has previously described how Alizee had helped to transform his life following crippling depression. The couple met at the private South Kensington Club in 2018 when James’s cocker spaniel, Ella, bounded over to Alizee. They were first seen together at the Henry van Straubenzee Memorial Fund’s Christmas Carol Service at St. Luke’s Church 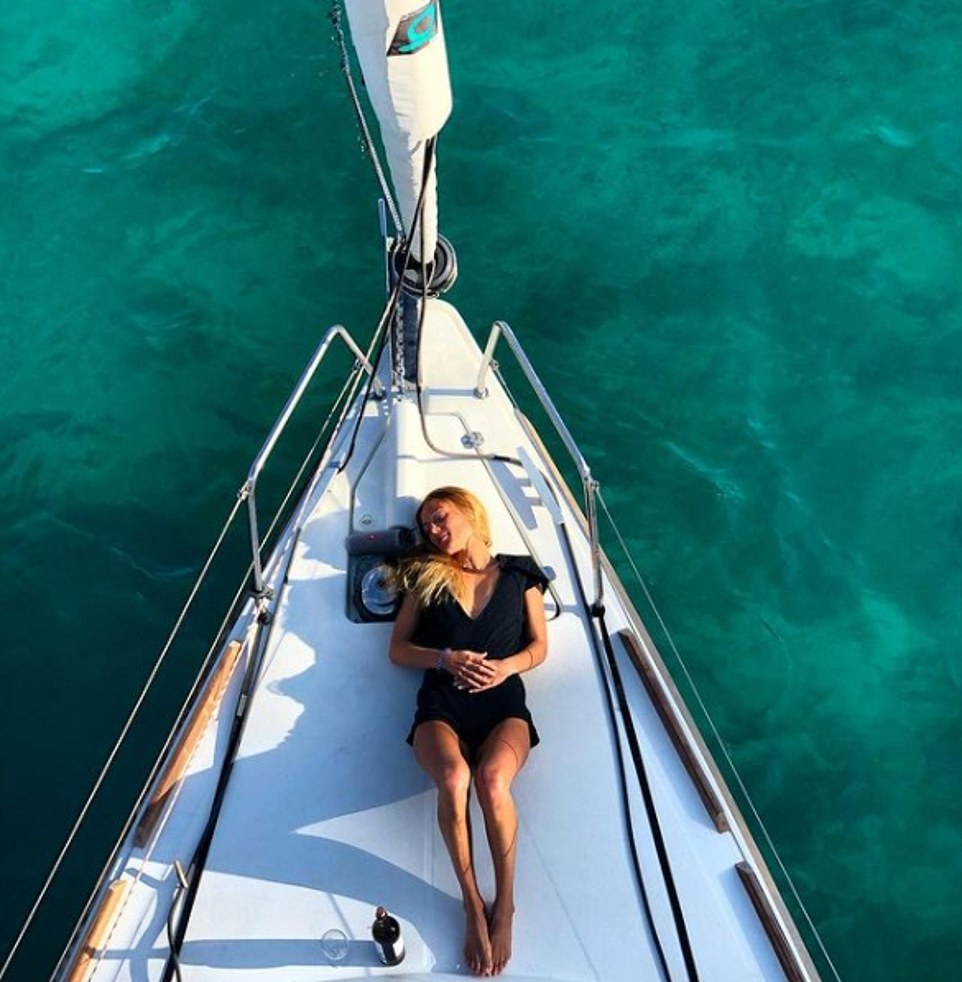 The following month, they were spotted vacationing in St. Barts along with James’s sister Pippa and her husband James Matthews. The couple were last pictured together at the Bvlgari Magnifica Gala dinner at Spencer House in St James’, London, in June. 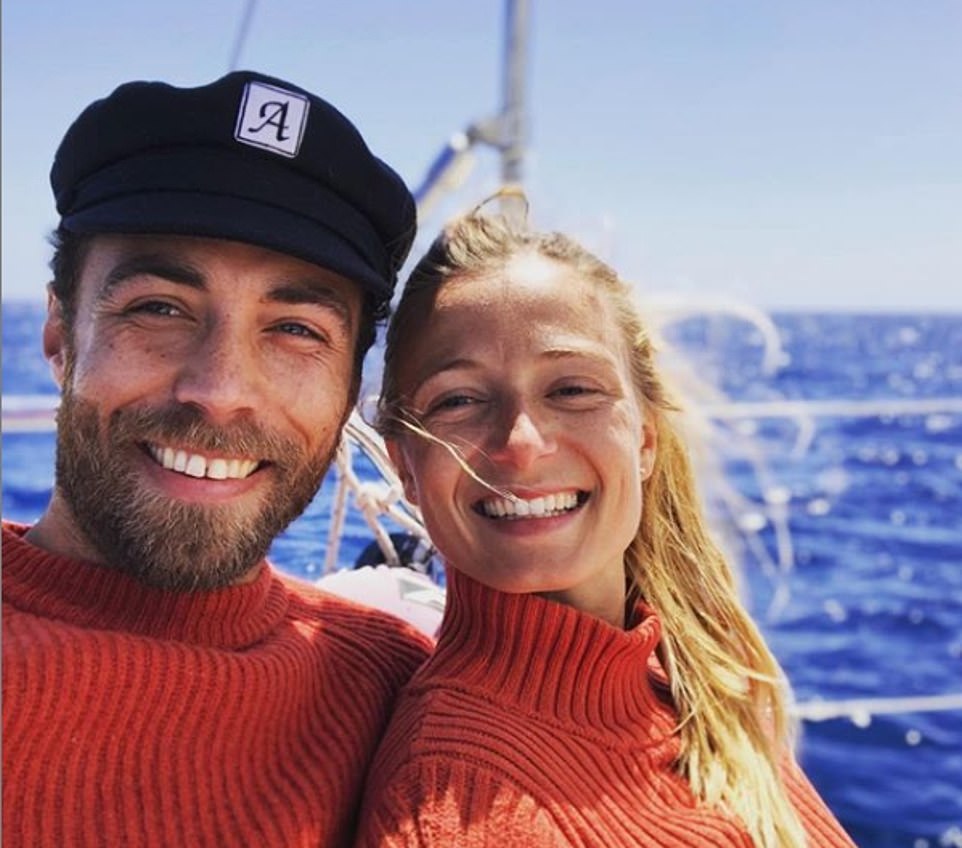 James and Alizee recently snapped up a property in Berkshire village of Bucklebury, for £1.45 million ($2M). It’s a four-bedroom farmhouse with beams and leaded windows in a village on the Bucklebury fringes.

It means Kate’s family are all now near-neighbors, with parents Carole and Michael living in a £4.7 million ($6.5M) Georgian manor house in the village, while her sister Pippa recently bought Bucklebury Farm Park, a petting zoo which is a favorite of Prince George, Princess Charlotte and Prince Louis. 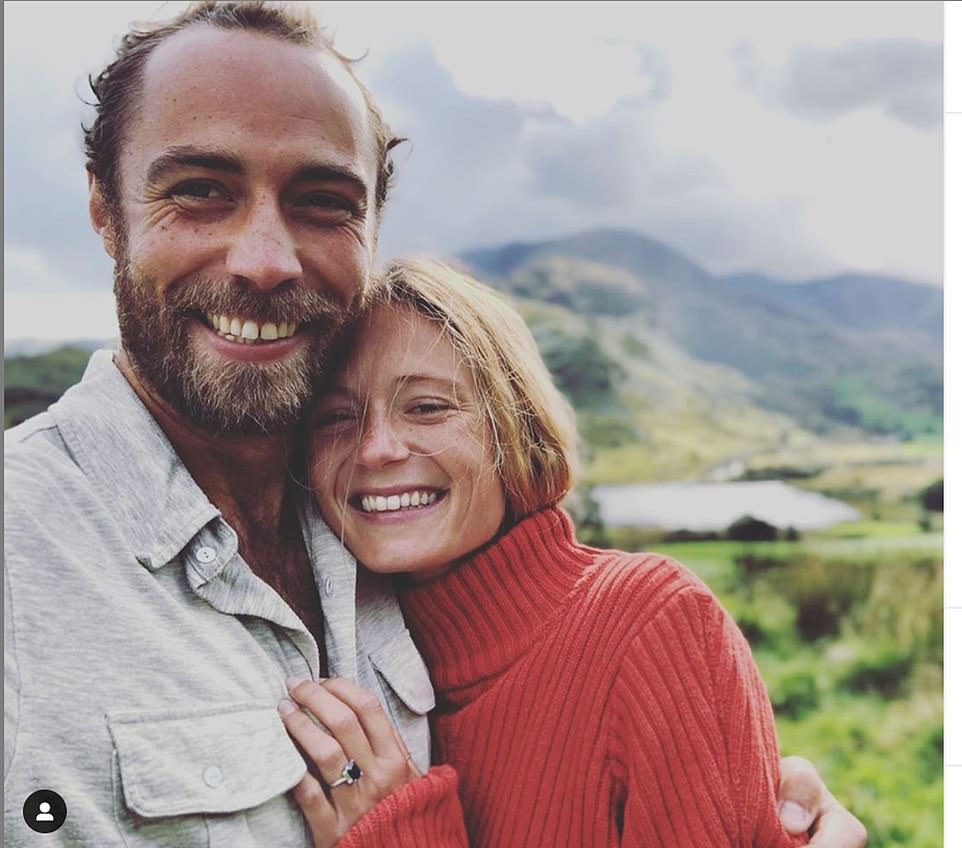 After more than a year of dating, the couple announced their engagement in September 2019. James is believed to have proposed during a trip in the Lake District. Alizée was seen in a picture shared on his Instagram with a stunning sapphire ring on her finger (pictured). 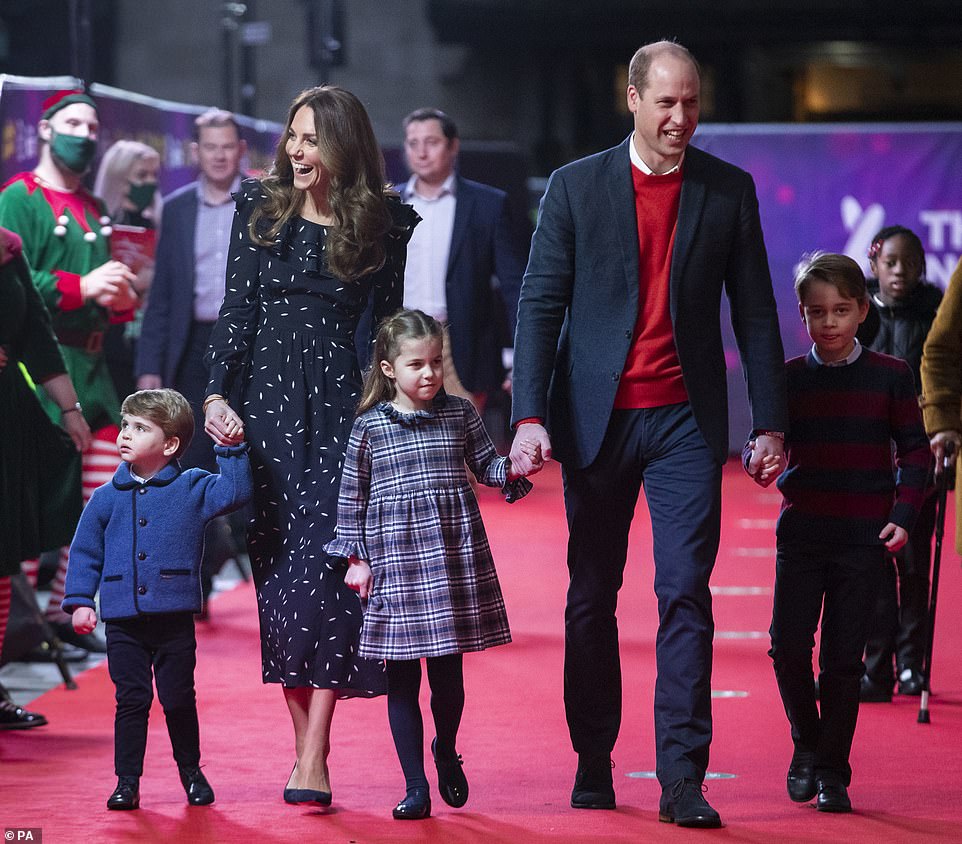 The secret ceremony took place in the French village of Bormes-les-Mimosas on the famous Côte d’Azur. Prince William and Kate both attended the event, along with James’ other sister, socialite Pippa, and her businessman husband James Matthews. 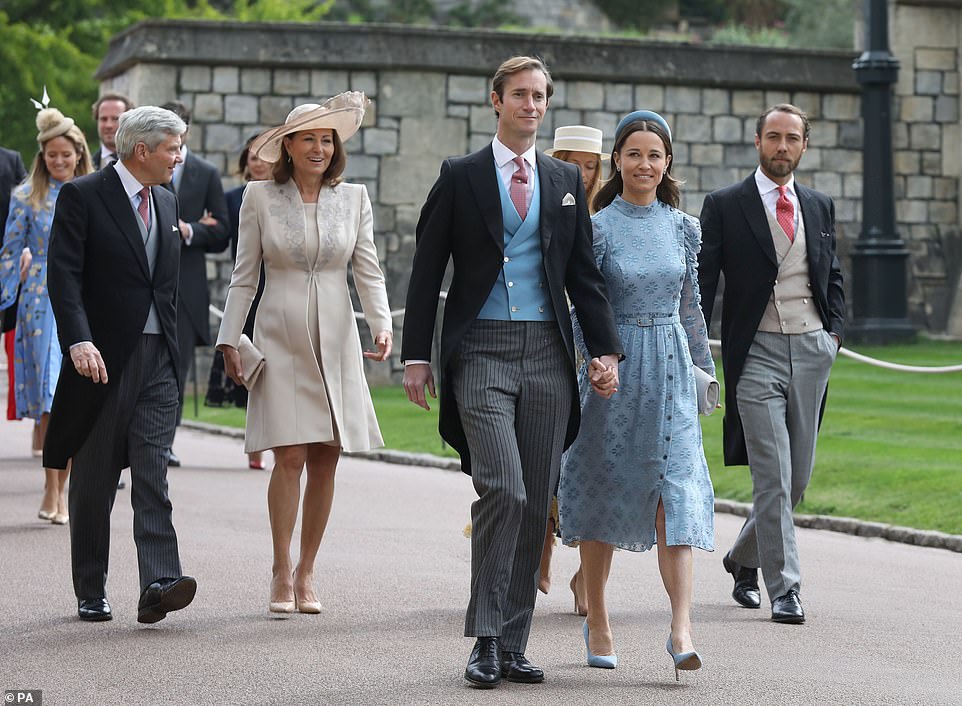 His parents Carole and Michael Middleton, and his beloved dogs, Luna and Mabel, are also thought to have attended. 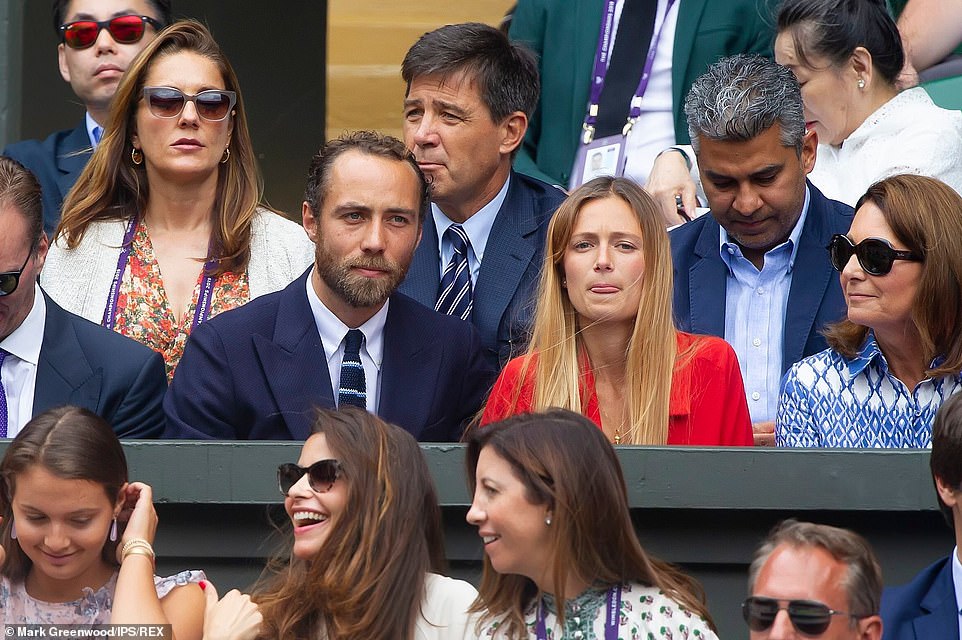 James Middleton and Girlfriend Alizee Thevenet on Centre Court at Wimbledon during the Gentlemen’s Final Wimbledon Championships 2019. It comes after James revealed last year that he and Alizée had been forced to postpone their wedding twice because of the coronavirus pandemic. 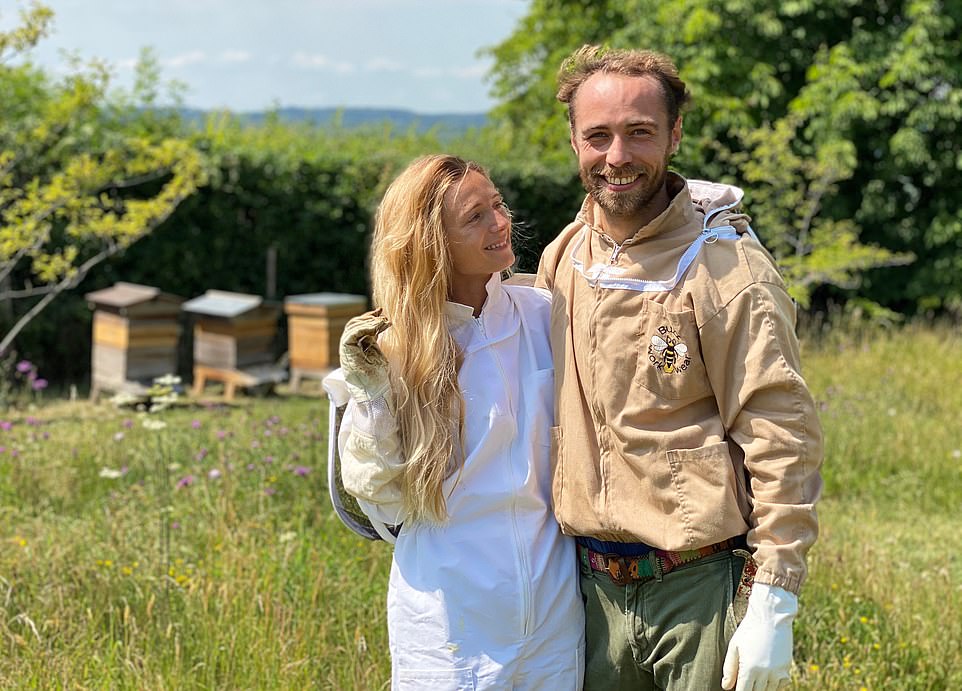 The couple, who met in 2018 and who announced their engagement in 2019, had originally planned to get married in May last year.