Oscar-nominated actor Ryan Gosling has been pictured for the first time as the beloved Mattel Ken doll, as he gears up to star alongside Margot Robbie in the live-action Barbie movie.

On Wednesday, the 41-year-old actor was seen showing off an orange-hued tan and shiny chiseled chest in a revealing double denim ensemble, while also debuting his bleached-white hair for the fictional role.

The first look at Ryan was released by Warner Bros. via a tweet simply with the film title and a release date of July 21, 2023, that was previously revealed when they shared the first image of Margot, 31, as Barbie in April.

Meet Ken! First look at Barbie star Ryan Gosling as he bares his chiseled chest and bleached hair in a double denim ensemble to transform into the beloved doll

It appears as though Ryan is dressed as the ‘Earring Magic Ken’ version of the doll introduced by Mattel in 1993, as a companion to its ‘Earring Magic Barbie’ figure.

This particular version of the Ken doll featured an updated look with the character sporting blonde highlights, instead of his traditional brown hair.

The doll also featured a lavender mesh shirt, a purple leather jacket and jewelry including an earring and a necklace.

Upon release, it became the highest-selling Ken doll in history and caused a stir when some people speculated that designers had taken inspiration from the gay clubbing scene in early nineties New York and Los Angeles. 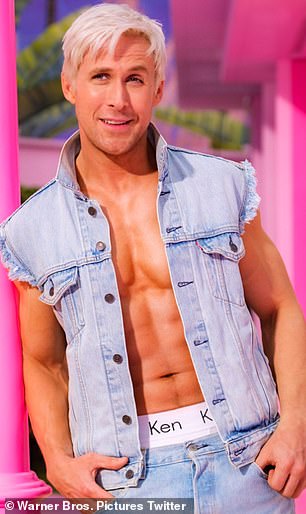 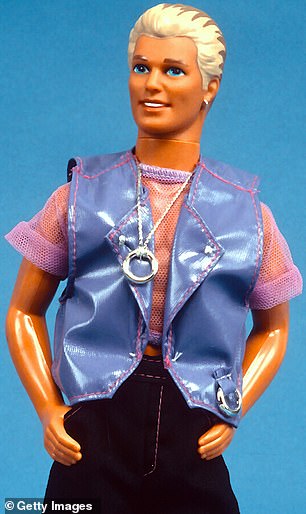 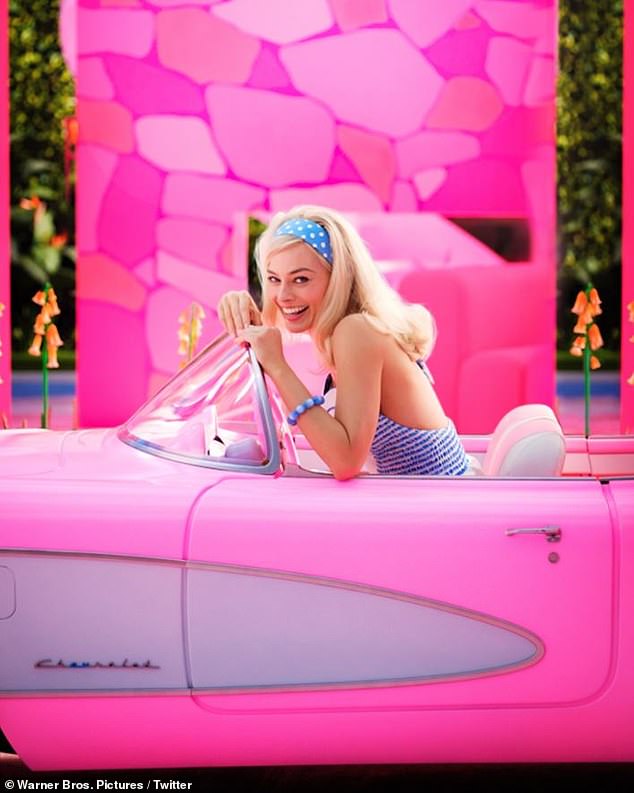 Stunning: The 31-year-old Australian actress looked absolutely iconic behind the wheel of a pink classic Chevrolet Corvette in front of what looked like the Barbie Mansion

Ryan is known for his serious acting work in acclaimed films such as Drive, Blade Runner 2049, Blue Valentine, and Half Nelson.

Sporting a cheesy grin and white underwear branded with his character’s name, the role of Ken certainly appears to be somewhat of a left turn for the thespian.

Certainly, Twitter appeared to agree as film fans took to the micro-blogging site to react to the startling image of Ryan showing off his buff body. 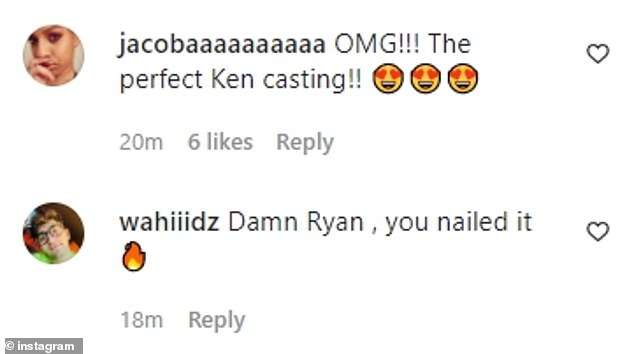 First reactions: Fans flooded social media as they responded to the first look at Ryan

‘Damn Ryan, you nailed it,’ one fan wrote, while another declared, ‘OMG! The perfect Ken casting!’

Others remarked at the ‘camp’ aesthetic of the image, with one Twitter user joking: ‘Brb going back in the closet real quick so I can come out again for this.’

Little Women and Ladybird filmmaker Greta Gerwig is directing the project, and wrote the script for the film with her longtime partner Noah Baumbach. 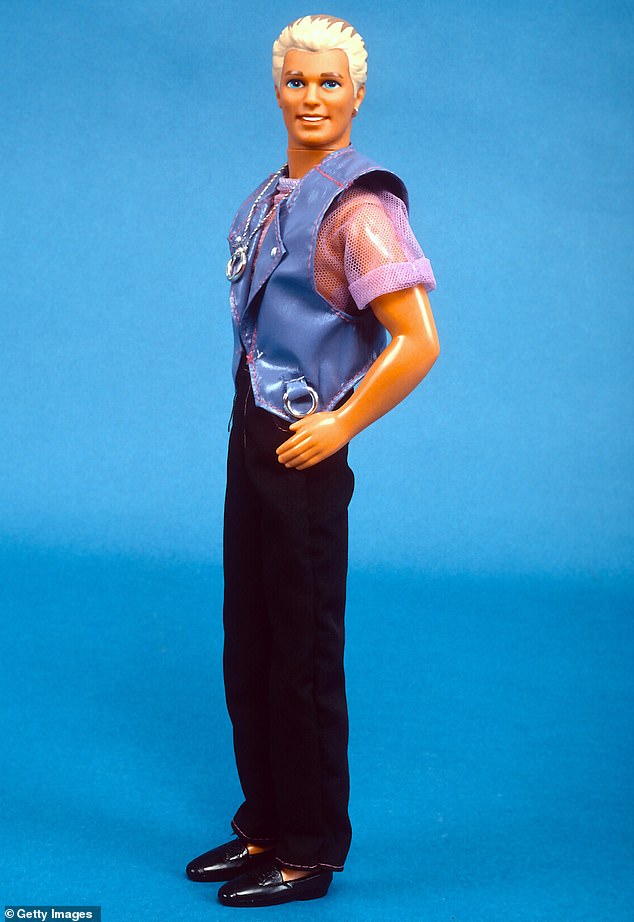 Ryan’s look: This particular version of the Ken doll featured an updated look with the character sporting blonde highlights, instead of his traditional brown hair

A synopsis on IMDB of the upcoming film reads: ‘A doll living in “Barbieland” is expelled for not being perfect enough and sets off on an adventure in the real world. A Live-action feature film based on the popular line of Barbie toys.’

Margot has been long slated to play the world’s most iconic fashion doll in a live-action movie and back in December 2020, she vowed to give audiences ‘something totally different.’ 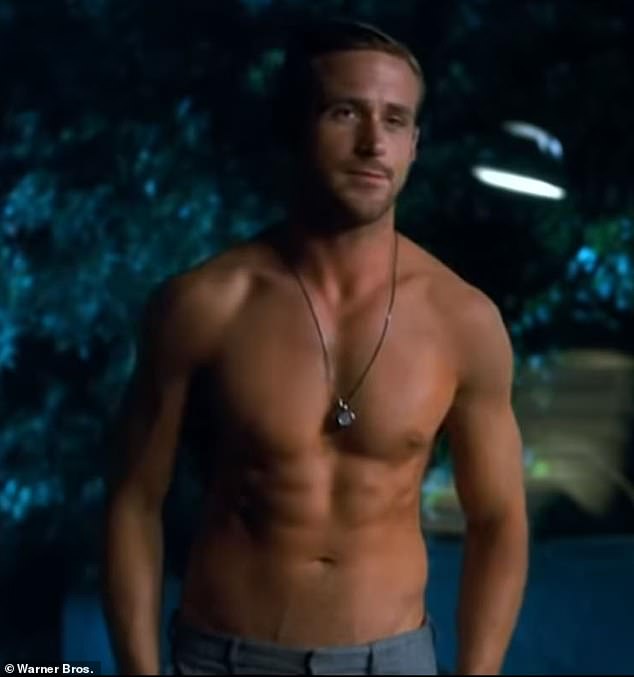 Opting for something ‘a little left center,’ when it comes to her portrayal of the Mattel doll, the project will be produced by her LuckyChap Entertainment Company whose motto is, ‘If it’s not a f**k, yes, it’s a no.’

Speaking to The Hollywood Reporter about the project Robbie said: ‘Something like Barbie where the IP, the name itself, people immediately have an idea of, “Oh Margot is playing Barbie, I know what that is.”

‘But our goal is to be like, “Whatever you’re thinking, we’re going to give you something totally different – the thing you didn’t know you wanted.”‘ 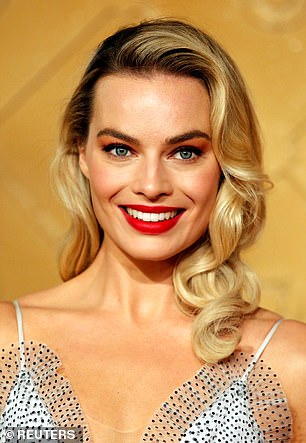 Barbie girl: Margot has been long slated to play the world’s most iconic fashion doll in a live-action movie and back in December 2020, she vowed to give audiences ‘something totally different’ 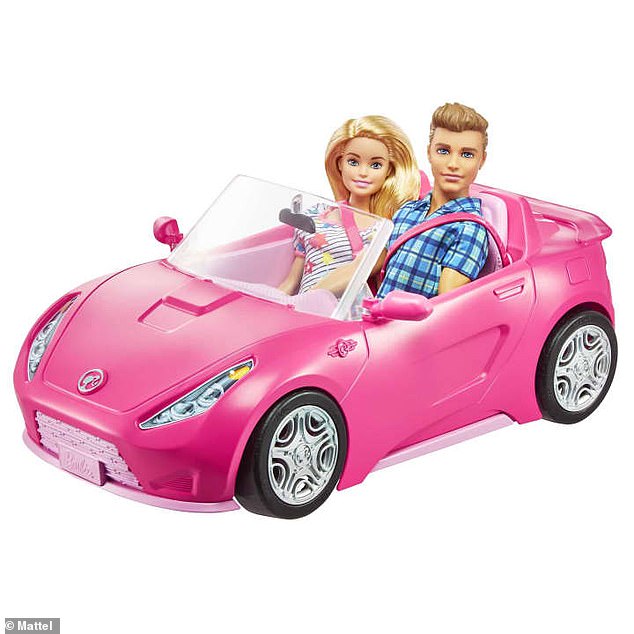 Coming soon: The live-action Barbie flick is set for release on July 21, 2023