A couple have packed up their life and bought a yacht in an attempt to escape to the never-ending cycle of lockdowns on land – and given their top tips for other young Australians wanting to do the same.

Melbourne-based reporter Kristina Costalos and her pilot partner John Tilley started their life on the water in June after suffering through the city’s third Covid-19 lockdown.

The pair have spent three months sailing up the east coast of Australia from Victoria to Airlie Beach in Queensland’s Whitsundays region.

‘I just remember thinking to myself there has to be more to my life right now,’ Ms Costalos told A Current Affair.

Ms Costalos warned others looking for a sea change during the pandemic to do their research as there were so few yachts on the market due to import issues.

‘We found it quite challenging, there were few (boats) on the market and a lot of competition,’ she said.

‘They haven’t been able to import boats through Covid so there’s a massive shortage.’

The couple said it was possible to learn how to sail on the fly, despite having little prior experience between the two of them.

‘And YouTube’s great for just about everything these days.’

The two have had their fair share of hiccups along the way; Mr Tilley was forced to stay at the helm for 17 hours when the auto-pilot failed near the start of their journey. 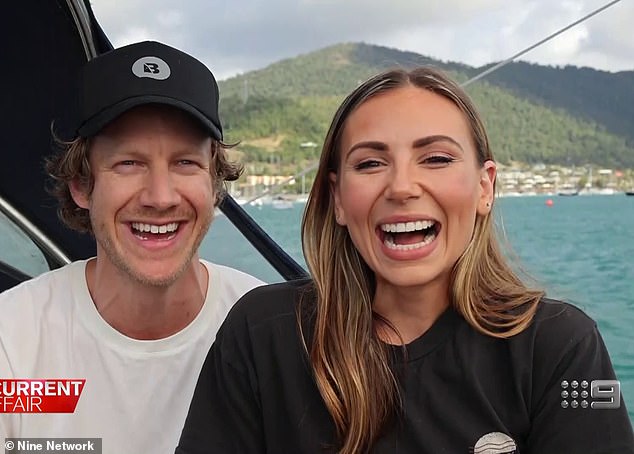 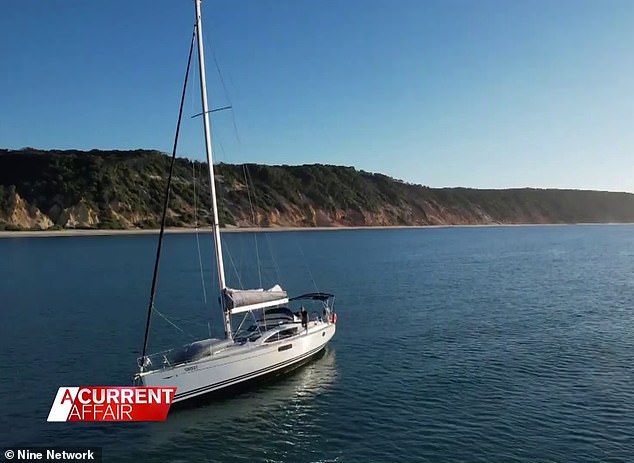 The couple said it was possible to learn how to sail on the fly, despite having little prior sailing experience between the two of them. Pictured is their yacht

They then unknowingly slipped past border authorities upon arriving into Queensland.

‘We arrived about 6am in the morning,’ Ms Costalos said.

‘I don’t think authorities were awake at that stage – they eventually tracked us down at the marina and were calling us up as they wanted to see our documentation.’

Having saved enough money from their old jobs to fund the adventure, the couple now plan on sailing up to Queensland’s far north and beyond.

‘The sea is the limit, or the border quarantine requirements, that’s the limit,’ Mr Tilley joked.