Polly wants a goon bag! Opie the cockatoo loves drinking wine – even if it does makes him act like ‘a flaming idiot’

A cheeky cockatoo has developed a surprising taste for wine, often sneaking a sip from his owner’s glass when he’s looking the other way.

Andrew Griffiths says his pet cocktatoo Opie is so determined to booze he often has to distract him with a packet of salt and vinegar chips when he pours himself a glass of red.

Mr Griffiths, who lives in Palmerston, 20km south of Darwin in the Northern Territory, said Opie’s drinking habit started when he sipped some apple cider by accident and has only got worse since, the NT News reported.

A pet cockatoo has developed a palate for white wine, stealing sips from his owner’s glass when he isn’t looking (stock image)

Several years later Mr Griffiths said he can’t keep the cockatoo away from the booze.

‘You’ll be sitting there and ignoring him and he’ll sneakily crawl up on the table, reach over with his beak, hook on to the glass and pull it over towards him to have a sip. He’s the most Territorian bird I’ve ever come across,’ Mr Griffiths said.

According to Mr Griffiths, Opie can be quite a handful when he’s drunk.

‘When he’s got some wine down him, he’ll start squarking, jumping around and carrying on like a flamin’ idiot,’ he said.

‘He chased me around the swimming pool a couple of times. The only way you can shut him up is if you give him some salt and vinegar chips’. 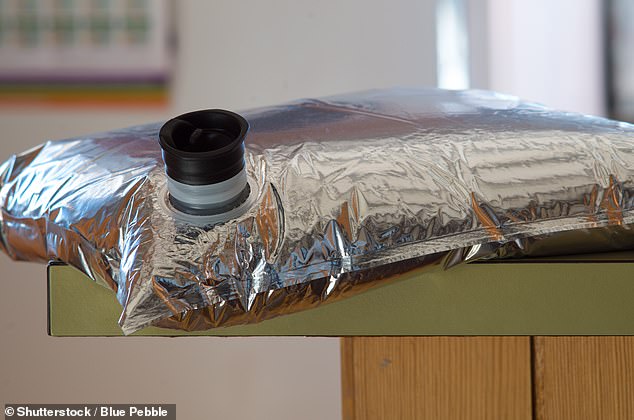