These are the young Australian entrepreneurs who are running successful businesses while juggling schoolwork.

They began raking in money before they were even teenagers, launched their businesses without the help of their parents – and have employed them as staff.

Speaking to Sunday Night, Jack Bloomfield, Ali Kitinas and Morgan Hipworth revealed how they became the bosses of their own company and self-made millionaires.

At just age 17, year 12 student Jack Bloomfield has raked in more than $1million after launching five e-commerce stores – without the help of his parents.

The Brisbane schoolboy buys trending items in bulk, from bow ties in China to iPhone cases from South Korea, before selling them on his online stores.

‘I’m not a school captain, not a prefect, not some special individual … just a normal kid with a dream that got started and made it work,’ he said.

He was barely a teenager when he started his first online business, ‘Next Gifts’, by selling gift cards.

Jack said he had always dreamed of making big money as a kid, revealing he started mowing his next door neighbours’ lawns for $20 as a seven-year-old.

He had also sold lolly bags at his mum and dad’s tennis business as a kid and knew being an entrepreneur had always been in his blood.

‘The idea of going to university, start off with a low-paying job, work your up for 20 years until you’re finally 40 and 50 and living the good life and thought: “I don’t want to wait that long”,’ he said.

Jack’s parents often have to tell others the success of their son’s business was due to his own efforts.

‘Very often people think: ”Oh you must be part of that business, you must be driving it”, we’re not,’ his mum said.

‘I never thought that two years ago, I would be where I am today,’ he said.

‘I’m living proof that you can start with absolutely nothing.’

At just age 17, year 12 student Jack Bloomfield (pictured) has raked in more than $1million after launching five e-commerce stores – without the help of his parents

Ali Kitinas, who has just turned 18, is in her final year of high school and is believed to be Australia’s youngest female CEO.

The HSC student’s employee is also her mother, Lynne, who says she is waiting for her daughter to give her a pay rise.

‘I think I’d always been told growing up that whatever I wanted to do, I could do it,’ she said.

‘Mum and dad would always be there for me and help me figure it out.

‘Your age doesn’t matter and there should never be a barrier.’ 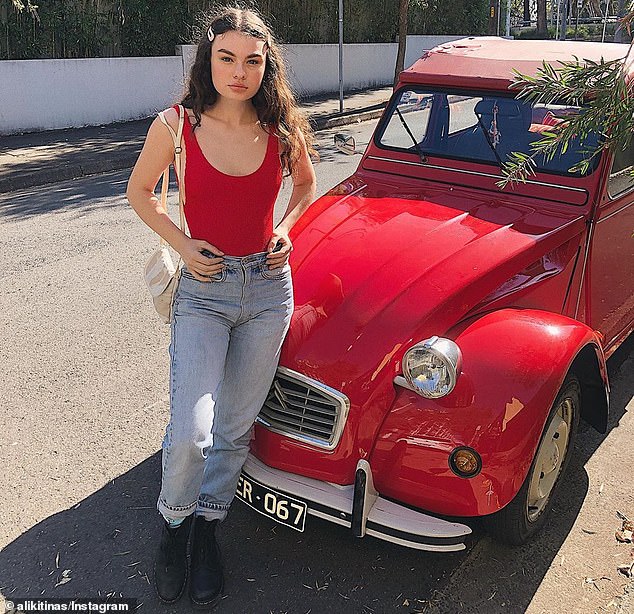 Ali Kitinas (pictured), who has just turned 18, is in her final year of high school and is believed to be Australia’s youngest female CEO

But she admits juggling her booming business with the HSC hasn’t always been easy.

‘The HSC is a very stressful time but I’m using it as an opportunity to see what I can do after school,’ she said.

Part of her business’ profits go towards helping to relieve poverty in war-stricken countries in Rwanda and Kolkata.

Morgan Hipworth is an 18-year-old chef and began running his first business when he was just in Year Nine.

He became an aspiring restaurateur when he was just seven, after watching popular cooking show MasterChef.

And when Morgan is not at school, he is running Bistro Morgan – a trendy doughnut store in Windsor, Melbourne where has pocketed half a million dollars in a year. 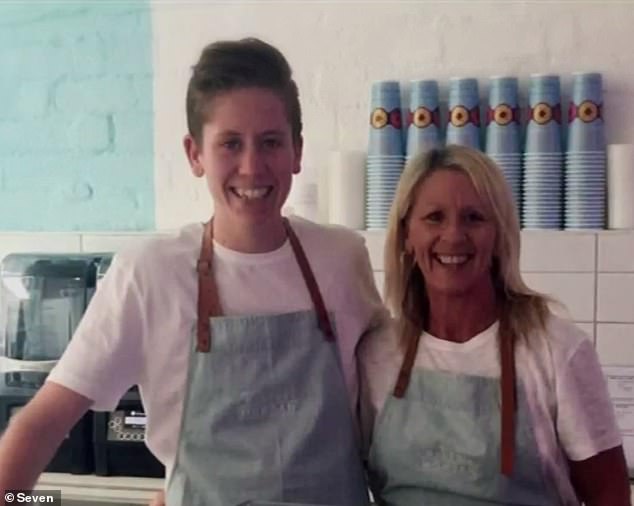 ‘I can choose my own hours, 100 per cent my dream and looking forward to what’s going to happen next,’ he said.

‘I can’t say school taught me how to make doughnuts.’

Morgan’s path to success started when he made three course meals every weekend for two to three years for his friends and family to judge.

At age 11, he began making cakes for friends and family every weekend.

A trip to the local cafe, landed him a job as a cake supplier at age 13 and spent his nights and weekends baking.

Eventually, Morgan approached a real estate agent when he was in year nine to start a bakery, costing him $6,000.

He then opened Bistro Morgan, where the young teen found himself closing the store at 2am and reopening at 4am.

Currently, his store has hired 20 employees, one of which is his mum, Ellie. 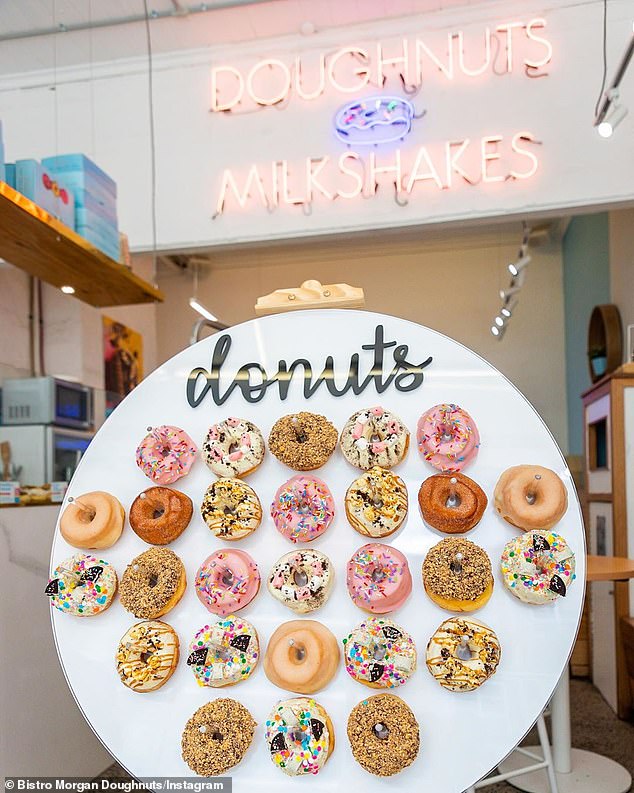 He then opened Bistro Morgan, where the launch saw the business sell $10,000 in 10 days

One of world’s most well-known entrepreneurs, Gary Vaynerchuk, said the school system is ‘outdated’ and does not always equip students for future success.

‘Every company is not requiring a degree to get hired anyway,’ he said.

‘The greatest companies in the world – Amazon, Google – are no longer requiring degrees anyway, so what you falling back on?’