‘The players don’t treat me any differently’: Meet the petite blonde woman who will make history as the NRL’s first female referee in 111 years

Belinda Sharpe will become the first top flight female rugby league referee in Australia when she officiates the NRL match between Canterbury and Brisbane at Suncorp Stadium on Thursday night.

The 31-year-old former newspaper sub-editor’s appointment marks a breakthrough in the code which has never had a woman referee in 111 years of the professional game.

Sharpe became an NRL touch judge in 2014 and officiated in that capacity at the 2017 World Cup. 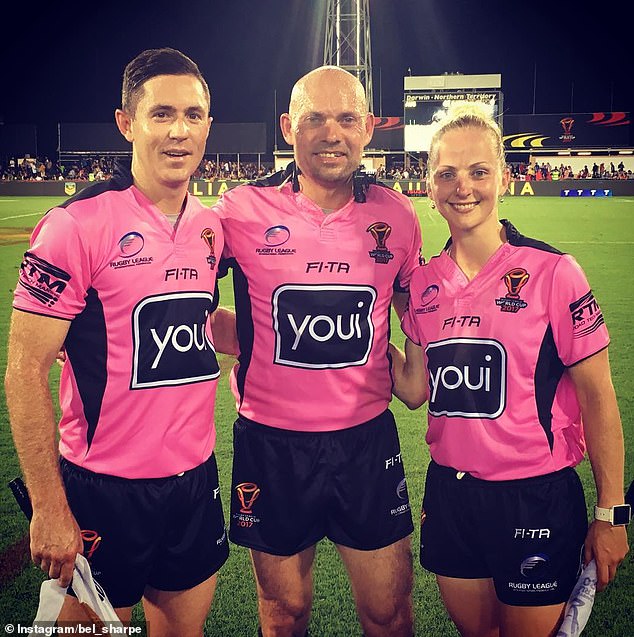 She began refereeing Queensland Cup matches in 2015 and handled a Broncos’ trial match against Wynnum-Manly in February this year.

In May, Sharpe and Kasey Badger were upgraded to full-time referee contracts, suggesting the significant appointment wasn’t too far away.

‘At that stage I was just focused on coming down to Sydney and joining the full-time squad and getting my feet into that environment,’ Sharpe told NRL.com.

‘That was the first and foremost thing for me. Certainly it’s been a whirlwind couple of months for me, and that appointment was a stepping stone to this Thursday for sure.

Sharpe described the refereeing environment as ‘high pressure’ but said her gender was irrelevant in a lot of ways.

Mrs Sharpe developed a true passion and love for the game of rugby league from a young age but her dad didn’t want her playing the physical game.

Instead a family friend told Mrs Sharpe if she really loved the game and wanted to take part she could always take on refereeing, the NRL.com reported.

The AFL appointed its first female on-field umpire in May 2017, Eleni Glouftis, whom Mrs Sharpe approached for some advice. 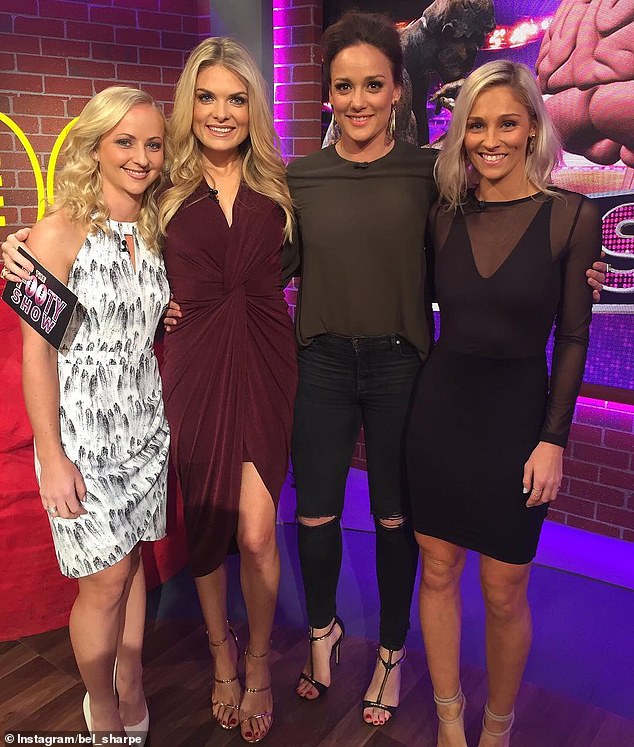 ‘I’ve not met her yet but I’ve spoken to her on the phone. She’s made some great strides in AFL and is travelling along really well,’ she said.

‘Certainly I’ll look forward to comparing notes with her in future conversations.’

‘This is an historic moment for the game and I’m so happy for Belinda, she has worked extremely hard, served her apprenticeship, and earned her elevation on merit,’ he said.

The NRL announced Mrs Sharpe’s appointment on its Facebook page and a number of fans were quick to praise the move.

‘Congratulations. You have worked hard to get to this point. Well deserved. Hope more woman follow suit,’ one fan wrote.

‘I have two daughters that watch the game. Great to see the ladies smashing it. Well deserved!!’ another added.

‘Fantastic. We have followed her progress in the QLD Cup and this appointment is warranted,’ a third replied. 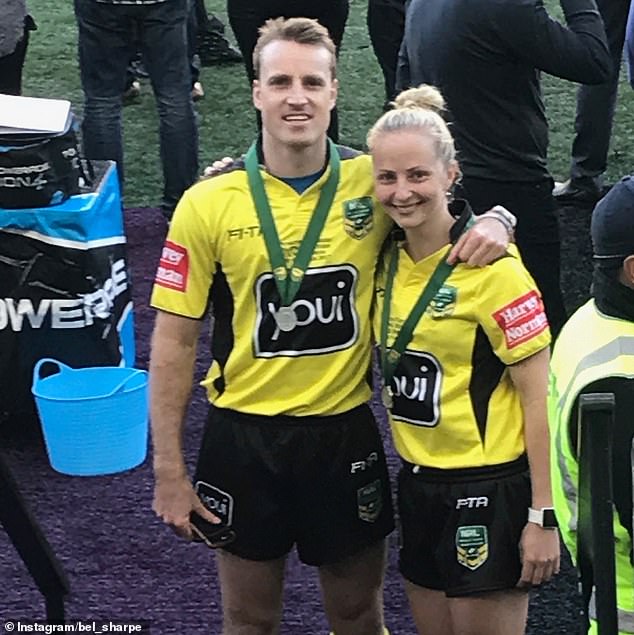