Meet the Grime Gran! Margaret, 80, is on tea-drinking terms with Skepta and Lethal Bizzle

If you’ve ever wanted to make it big in the music industry then making a decent cup of Yorkshire tea might just be your key to success.

The UK grime scene has exploded in recent years and is only continuing to get bigger – following Stormzy’s headline set at Glastonbury last month.

Now the woman socialising with the biggest grime stars such as Ghetts and Lethal Bizzle, has been revealed as 80-year-old ‘Grime Gran’ Margaret Keefe.

If you’re an upcoming star it’s important to bring a ‘proper’ tea to the table when appearing on Margaret’s YouTube channel.

She claims she doesn’t like herbal tea, and after being offered a cup of such variety said: ‘That’s the s*** Skepta drinks, can’t touch it.’

Margaret is an east Londoner and doesn’t find it strange that she is on tea-drinking terms with some of the biggest music stars of today including enchinacea fan Skepta from Tottenham.

The award nominated YouTuber also recently went for a ride in the Rolls-Royce belonging to Lethal Bizzle, before settling down for a cuppa.

Speaking to The Times, the YouTube sensation described one grime artist Lethal B as a ‘gentleman’ and said ‘they all are’. 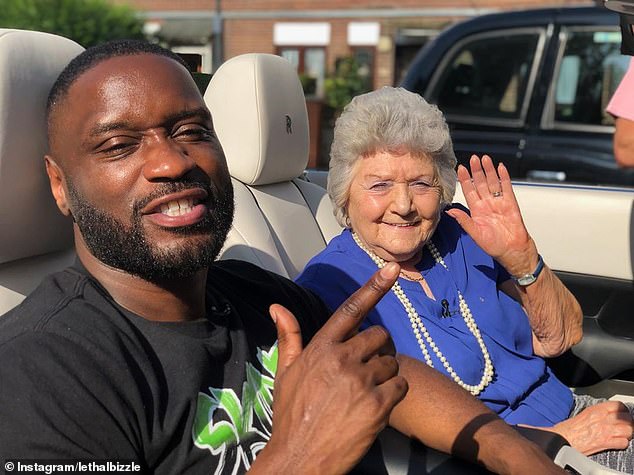 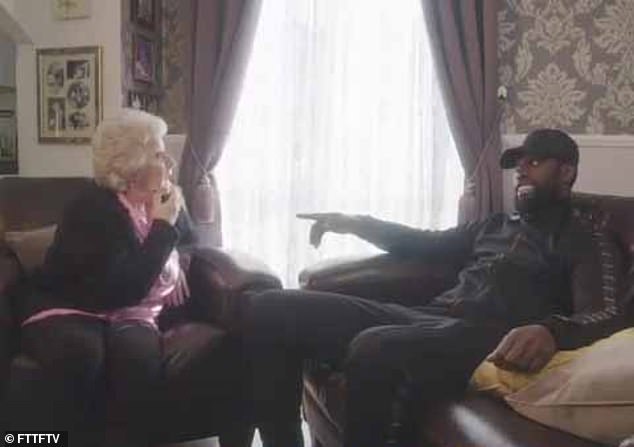 Her notoriety started through her grandson Roony Keefe who is known in the industry as Risky Roadz.

In the early 2000s he was filming grime artists, charting their rise to fame.

Many of the names which stand tall in the industry today cut their teeth by answering questions from Margaret on her sofa.

Keefe noticed his grandmother was easily able to build a rapport with the rappers, despite the genre which is similar to US hip hop and takes odes from UK electronica, having been a relatively recent phenomena on the UK music scene.

He said: ‘She’s been encouraging and supporting all of us right from the beginning.

Keefe would film the chats with the stars in which they would often discuss their career ambitions, to which Margaret would offer her candid opinions.

She once told the rapper Devlin to ‘take a couple of birds’ on holiday with him reassuring him that they ‘make a holiday’. While she has also previously described Skepta as the ‘greatest MC of all time’.

The niche YouTube clips have been viewed hundreds of thousands of times and Margaret has now managed to catch the eye of Channel 4 who have commissioned her and Keefe for their very own online series.

Three days ago she posted on her Instagram page, which features snaps of her with the stars, that she would joining E4’s YouTube channel.

She had also previously been nominated for a UK Entertainment Award for best online show, the results of which will be announced later this year.

Margaret says she enjoys the music and has been keen to show it in another light, as she believes artists in the space are misrepresented.

She said: ‘Some of the beats in it are really good, and it’s something different.

‘A lot of these young fellas though, because they’re grime artists, people are saying, ‘Oh they’re this,’ or ‘Oh they’re that,’ and it’s totally wrong.’

She continued to say she was ‘cross’ about the perception of such music outside the industry after culture minister Kim Howells described the artists as ‘boasting macho idiot rappers’ back in 2003.

Margaret disagreed with the label and praised the artists in the space.

She added: ‘We’ve had five or six of them in this house at a time and they’ve never caused us any problems whatsoever.

‘They’ve always referred to me as ‘Nan’ and Roony’s mum as ‘Aunty’.

‘They’ve always all removed their shoes when they come in the house, which is very respectful.’