Meet the refugees moving to the Outback instead of crowded cities

One refugee is living the ‘Australian Dream’ after he moved to a regional town and opened his own restaurant inspired by his Afghani heritage.

Ali, 44, is one of many refugees who have taken the plunge and moved to the outback instead of trying their luck in Sydney and Melbourne which are becoming increasingly overpopulated and expensive to live in.

The former refugee from Hazara, Afghanistan opened his restaurant in Griffith, about 480km west of Sydney in April and hasn’t looked back.

One refugee Ali, 44, (pictured) is living the ‘Australian Dream’ after he chose to move to a regional town and open up his own restaurant inspired by his Afghani heritage

Ali told Daily Mail Australia that it was his ‘dream’ to setup his own business in Australia.

He said his restaurant fittingly named Afghan Friendships Restaurant has allowed him to better integrate into the Griffith community and share apart of his culture through food.

‘Before there was no Afghani restaurant in this area.

‘I wanted to share my culture so the people could know more about me,’ he said. 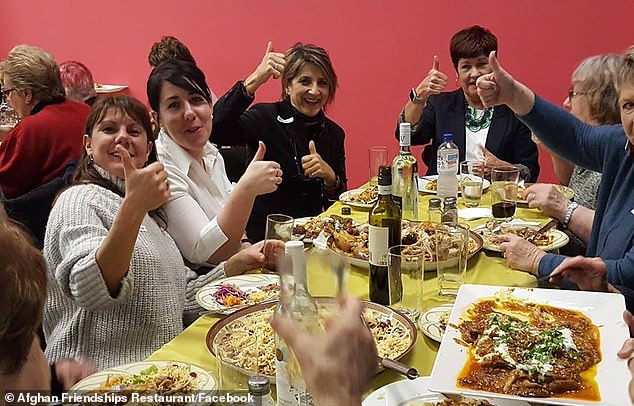 And members of the regional community have been warmly supporting Ali’s venture.

Will Mead from Rural Australians for Refugees advocacy group told AFP, ‘I get involved with refugees in Griffith because they’re such wonderful people with such big hearts. They’ve done it really tough and are obviously doing it pretty tough most of the time.’ 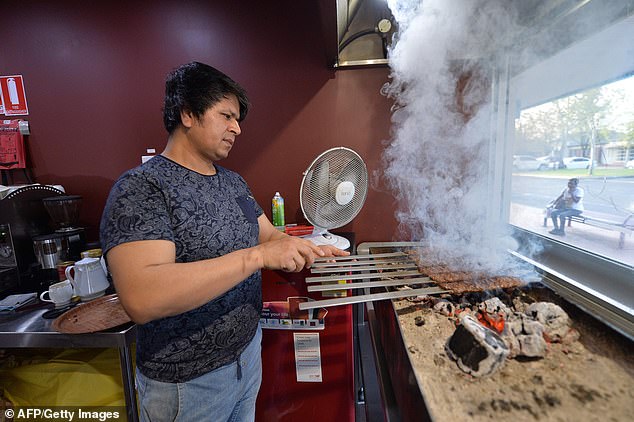 ‘I wanted to share my culture so the people could know more about me,’Ali said

Ali, who arrived in Australia in 2013, has only every lived regionally. He first arrived in Wagga but moved to Griffith after just one month.

Ali said he recommended many other friends and refugees to consider moving to regional towns like Griffith.

‘I suggest to all of my friends, especially Afghan people, to come to Griffith, because they’re [sic] very friendly.

‘We can find a job as well, because the population is not too much,’ he told AFP.

Ali is part of a minority of migrants who have moved outside the capital cities. 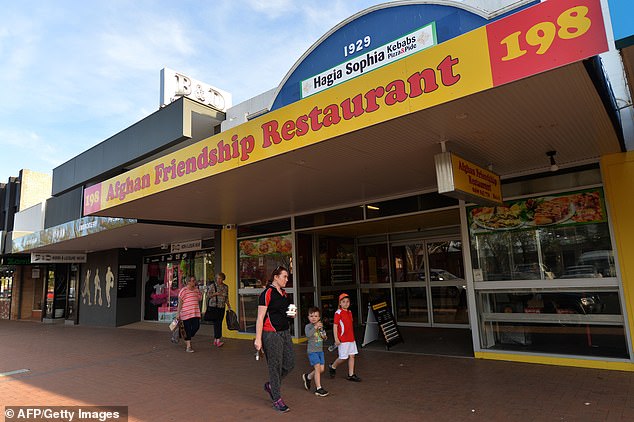 He said his restaurant, fittingly named Afghan Friendships Restaurant (pictured) has allowed him to better integrate in the Griffith community

New statistics released by the Department of Home Affairs show a staggering 87 per cent of new migrants are currently settling in Sydney and Melbourne.

While the Griffith community have been very welcoming to Ali, they don’t share the same views as the majority of Australians towards immigration.

A recent poll by think tank Lowy Institute found 54 per cent of Australians thought the total number of migrants coming to Australia each year was ‘too high,’ which is a 14-point jump from the results in 2017. 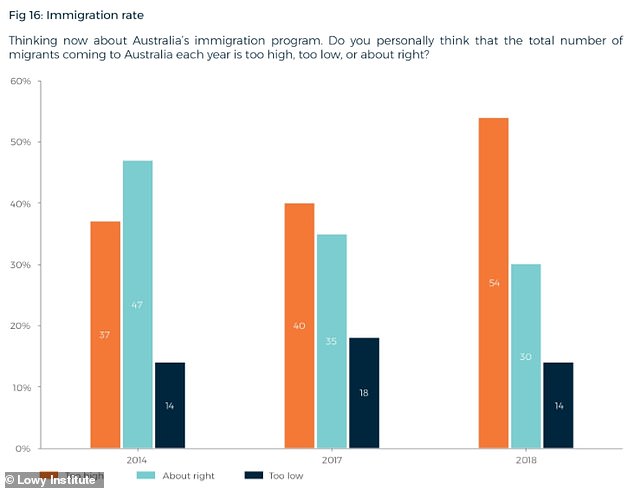 Four in ten Australians believed ‘large numbers of immigrants and refugees coming into Australia’ was a critical threat to the nation, according to the Lowy Institute Poll.

In a speech on Monday night the prime minister suggested he would reduce the current migration intake cap following concerns of overpopulation in capital cities.

‘They are saying: enough, enough, enough. The roads are clogged, the buses and trains are full. The schools are taking no more enrolments,’ he said. 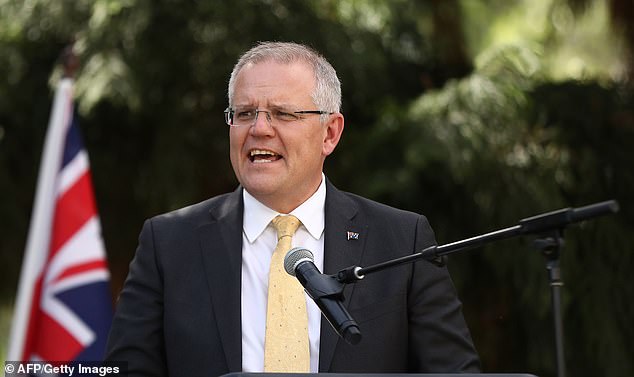