Many businesses are choosing to stay closed and miss out on weeks of revenue as lockdown ends rather than ‘discriminate’ against Covid-unvaccinated customers.

After 106 days, Sydney’s strict lockdown will lift at 12.01am on Monday allowing pubs, cafes, hairdressers and gyms to welcome vaccinated patrons.

Among the venues that won’t be welcoming back customers just yet are Hardcore Gym in Carlton in the city’s south which said the notion of a vaccine passport did not align with their values.

Some yoga studios are also choosing to remain shut including Sydney Yoga Collective in Bondi Junction, which claimed it had ‘no intention of breaching your human rights’.

These businesses will instead wait until December 1, when restrictions are controversially removed for unvaccinated people.

Some businesses are also choosing to not fully re-open in the short term for other reasons.

Sarah O’Brien from Best Bagel co. at Cremorne on the Lower North Shore said she is choosing to keep her business as a takeaway because she feels unprepared to police the vaccine rules.

‘I’m quite concerned there could be a blow-up in the store from a customer who thinks we haven’t checked someone’s vaccine credentials,’ Ms O’Brien told The Sydney Morning Herald. 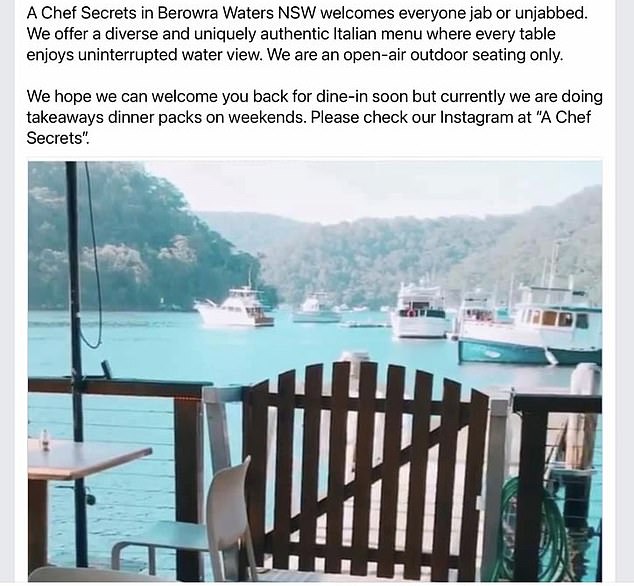 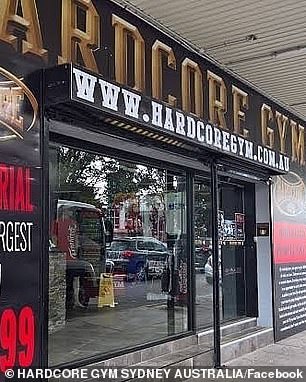 ‘We’re busy cafe owners three months into our business, with a lean team. It will be difficult to enforce this.’

And others are worried the prospect of targeted snap lockdowns and restrictions.

Cameron Elder, who runs The Angry Gnome cafe in Rockdale with his partner Krystyna Hulewicz, said they were being cautious because they didn’t have the cash to reopen only to have to close again.

‘With the change of the [state] government and everything that’s happening we’re really scared to just reopen our doors and trade as normal. If it doesn’t work out, we’re kind of screwed.’

He explained the couple had thrown out the majority of their stock at the start of Sydney’s strict lockdown only to have the rules change that they could remain open for takeaway shortly after.

To restock the cafe would cost about $5,000, he estimated. 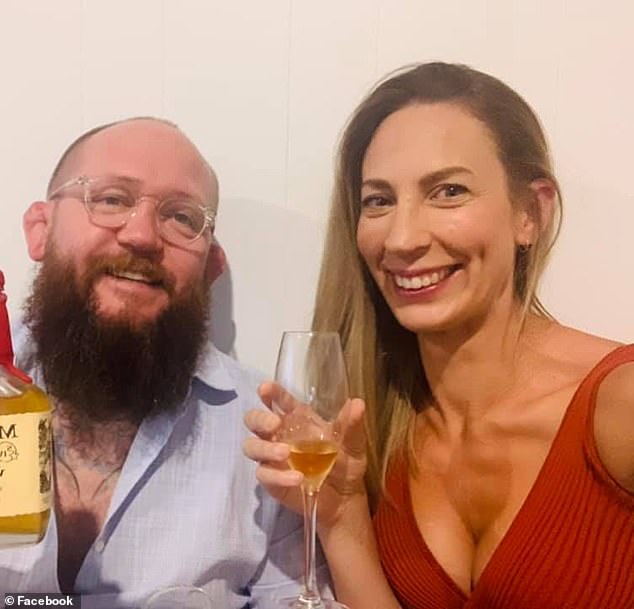 Cameron Elder who runs The Angry Gnome cafe in Rockdale with his partner Krystyna Hulewicz (pictured) said they had different reasons for not opening on Freedom Day, saying they couldn’t afford another snap lockdown

On top of this the pair owe about $12,000 in rent and while they received a $10,000 grant from the NSW government they are still barely keeping their business afloat.

‘I don’t think we’d be able to reopen if we have to close again,’ Mr Elder said.

He too was concerned about the idea of policing unvaccinated customers.

On top of the difficulty doing this while trying to run a cafe, turning regular customers away because of their vaccine status would would decimate his business, he claims.

Carla Filipakis, who runs children’s activity workshop Decorati is in a similar situation.

She said because of the complex scope of maintaining the vaccine rules – especially working with children and concerned parents – she would not re-open until lockdown is completely lifted on December 1.

She has moved her business online by conducting activity classes over Zoom, which she plans to continue. 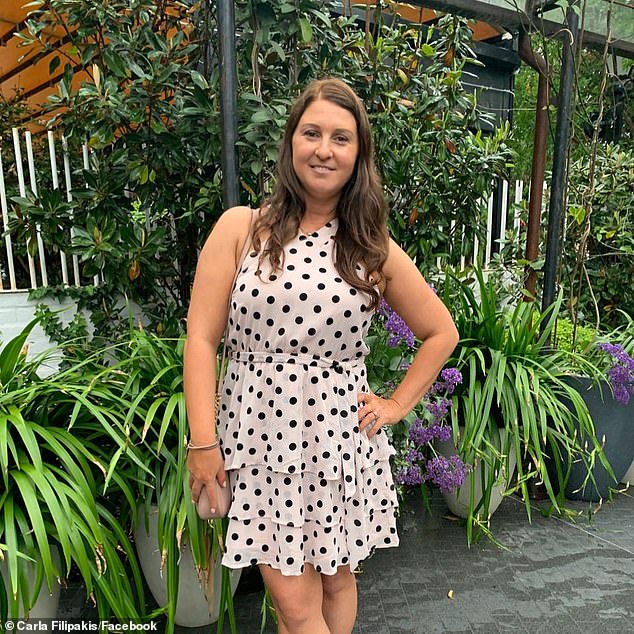 Gabriele Moretti from Amoretti’s restaurant said for businesses that have struggled through months of lockdown, they couldn’t afford to turn away customers .

‘There’s a lot of uncertainty and it’s all unclear for us,’ he told Sky News.

‘What are the fines, what are the punishments for restaurateurs? Are we going to get sued by unvaccinated people for not letting them into our location?’ he said.

He said turning people away based on a medical decision is an issue he doesn’t think businesses should have to deal with. 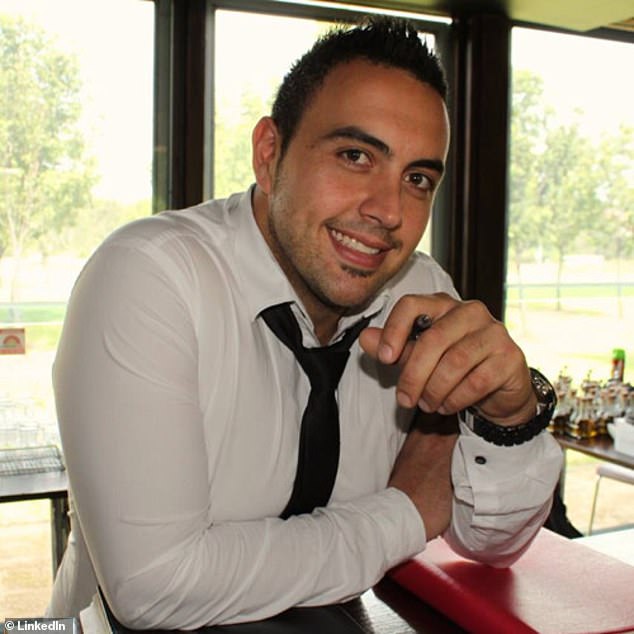 Chef Secrets restaurant in Berowra posted to social media theyalso did not want to discriminate and would ‘welcome everyone, jab[bed] or unjabbed’.

The lessee later clarified they had not yet made a decision on when they would open their sit-down dining and would follow government rules which would allow unvaccinated people at restaurants from December 1.

Brighton Le Sands Ice Creamery – which is predominately takeaway even outside of lockdown – made a similar post on social media saying they would welcome all customers ‘vaccinated or not’.

But for other businesses it’s more about the principal.

Orchard St which sells herbal tonics and juices in the eastern suburbs declared on on social media they would that: ‘Until all are welcome on Dec 1st, Orchard St. will choose to prioritise inclusivity’. 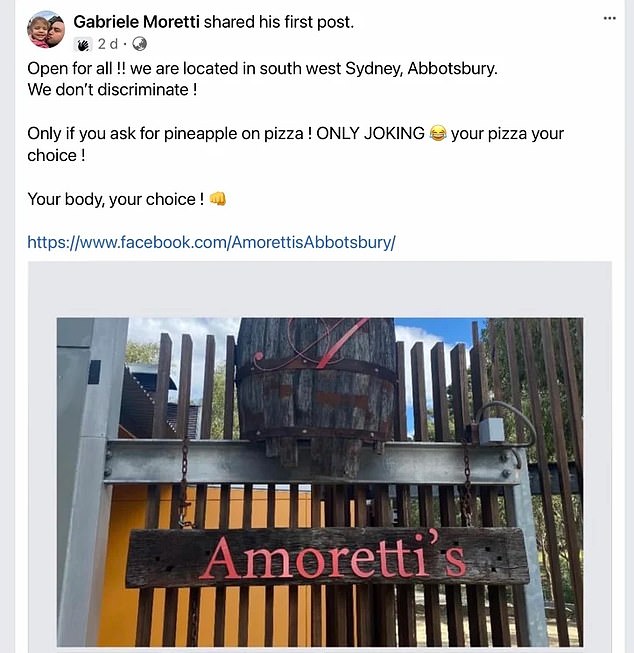 Hardcore Gym in Carlton posted on it’s website that: ‘The vaccination passport goes against our values, not only as business owners but also as humans that are part of a free society.’

The gym will reopen on December 1 as both unvaccinated and vaccinated members can use gym facilities.

Sydney Yoga Collective at Bondi Junction has not confirmed a re-open date but posted last month they would ‘look forward to welcoming ALL yogis, when we reopen the studio.’

Similarly Maria’s Beauty Bar in Kogerah said they support ‘freedom of choice’ and would wait until unvaccinated clients were allowed in the business before re-opening.

A number of directories listing businesses who welcome the unvaccinated have sprung up on Facebook in recent weeks including Unvaccinated Friendly Businesses and NSW Business United Directory.