Meet the trainee astronaut, 18, who is the world’s most likely candidate to land on Mars in 2030

When Alyssa Carson was three-years-old, she turned to her father and told him she wanted to be an astronaut.

While it’s a dream of many young children, the plucky teenager is fast making hers a reality – having been dubbed the world’s most likely candidate to land on Mars in 2030; and Alyssa is more than up to the challenge.

The 18-year-old is an ambassador of Mars One 2030, a mission to establish a human colony on the planet, and is as advanced in her training as astronauts a decade senior than her.

‘I know that when I was three-years-old, saying I wanted to become an astronaut and eventually go to Mars was definitely the craziest dream I could have picked – and one of the hardest,’ Alyssa told FEMAIL.

Alyssa Carson, 18, from Louisiana has wanted to be an astronaut from the age of three, and her dream is fast becoming a reality

‘But the more I work towards it, it’s becoming more and more of a reality.’

Alyssa has qualified at seven space camps across the world, making her the first person to attend all three NASA Space Camps worldwide.

At the age of 12 she became the first person to complete the NASA Passport Programme in November 2013, having trained at all 14 NASA sites across nine states.

Having already become certified for suborbital flight, she is now waiting to start a university course in astrobiology, with a view to becoming a fully fledged astronaut afterwards.

Back in 2016, Space X CEO Elon Musk warned the first journeys to the Red Planet will be ‘very dangerous’ with a high risk of fatality. 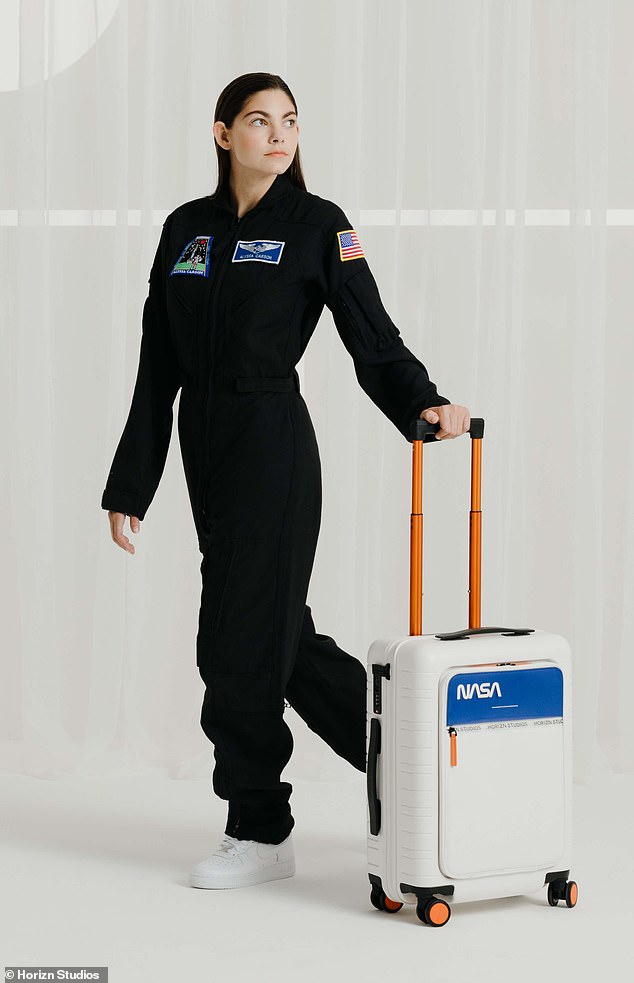 Having already become certified for suborbital flight, she is now waiting to start a university course in astrobiology, with a view to becoming a fully fledged astronaut afterwards. Pictured with NASA approved space tourism luggage, which she designed in collaboration with Horizn Studios

But in Alyssa’s mind, the benefits and experience far outweigh the potential risks.

‘I wouldn’t say I’d necessarily be scared,’ she said. ‘There’s always a risk with a mission, whether it’s something that goes up now or whether we wait another 50 years for technology to develop even further.

‘It’s just part of the mission to accept; you obviously hope for the mission to go well, you put your trust in those people who have come about it, but there’s no way to ever guarantee that a mission to space or to Mars will never be without any risk.

‘A lot of the risks that come about because of space travel I’ve learned for so long they aren’t necessarily scary to me now.’

Alyssa recently teamed up with Horizn Studios to design a special NASA-approved limited edition ‘smart’ suitcase to celebrate the 50th anniversary of the moon landing next week. 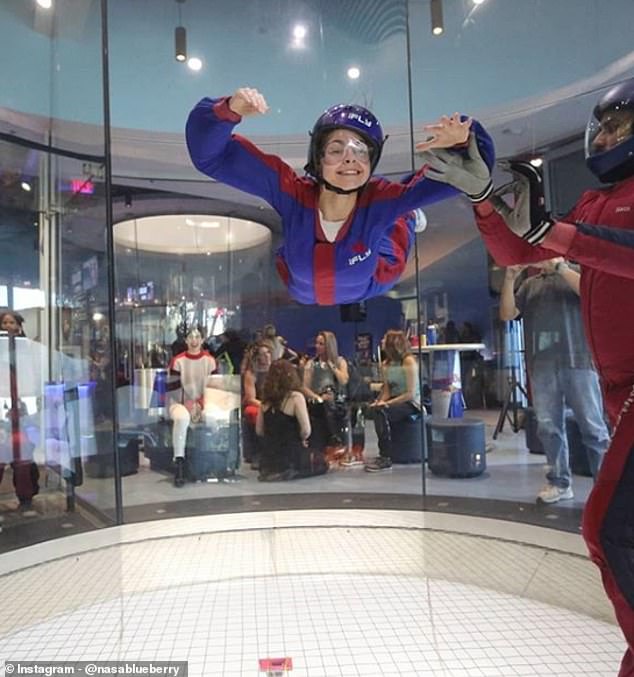 In Alyssa’s mind, the benefits and experience of space travel – especially a mission to Mars – far outweigh the potential risks. Pictured during her PoSSUM training

The futuristic luggage, which costs £40,000, can fold up, clean laundry and let you stream the galaxy to people back home.

Should Alyssa be selected to be part of the crew for the Mars mission, it would involve her leaving her friends and family for up to three years – possibly longer.

But while she admits that would be the ‘hardest part’ about the mission, it’s a sacrifice she’s willing to make.

‘I feel that many people already do that here on Earth,’ she reasoned. 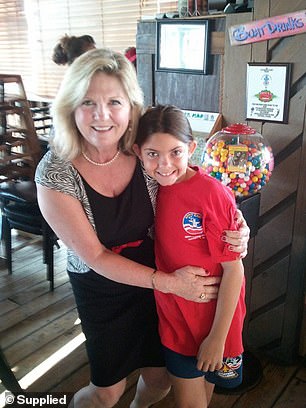 Alyssa attended space camps from the age of seven, and has qualified at seven

‘People who are in the military will leave their family for months and go and serve, or people work in a different country.

‘But because we’re talking about a mission to Mars, it’s something we’ve never done before so it sounds super extreme and crazy. But I definitely think humans have already battled that and I wouldn’t be unique in that sense.’

Alyssa said travelling to Mars would be like going ‘full circle’, as she’d finally be completing something she’s been working towards for so long.

‘I would feel very honoured to even be selected and be able to put everything that I’ve studied, my scientific background, and be able to apply that to a mission and potentially help and be a part of it in some way,’ she said.

‘That’s the ultimate goal, really, to just be a part of it and make a difference.’

Alyssa admitted people often underestimate her knowledge and the amount of training she’s done due to her age.

‘They’ll try to speak like a dumber version of space talk to me,’ she admitted.

‘While the mission to Mars is the ultimate goal, a big part of my life right now is speaking and inspiring kids, and doing as much as I can to get the general public more aware of a mission to Mars.’ 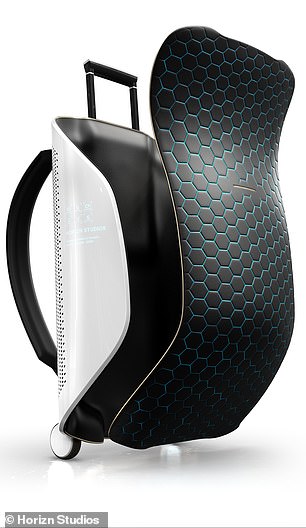 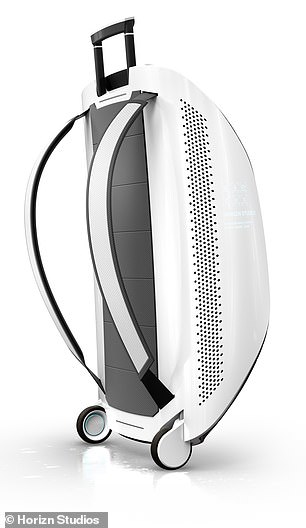 The futuristic Horizn luggage, which costs £40,000, can fold up, clean laundry and let you stream the galaxy to people back home 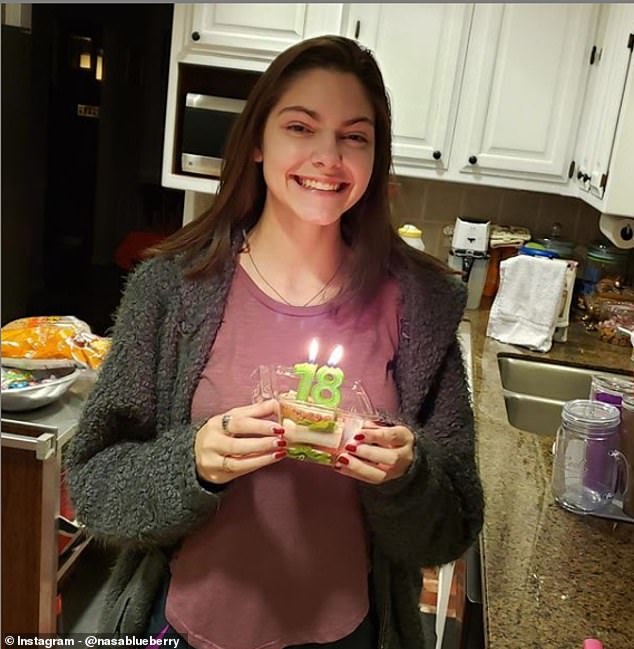 Although there’s no age limit when applying to become an astronaut, Alyssa needs a bachelor’s degree under her belt – which she’s about to begin studying for in Florida

Alyssa remembers her interest in space stemmed from watching an episode of the cartoon The Backyardigans called Mission to Mars.

‘I had the poster for that TV show hung up in my room, and I went and asked my dad loads of questions about space and about Mars, and if there were people there,’ she recalled.

‘No one in my family had a science or space background, so he basically just told me what he knew of the moon landings. That sparked it all and my passion continued from there.’

She admitted she was much better at science and maths at school than she was at English – grammar ‘made her angry’ – but she always strived to keep on top of her school work.

‘I didn’t want to not be able to go and do something space related because I’d forgotten to do my homework,’ she said. 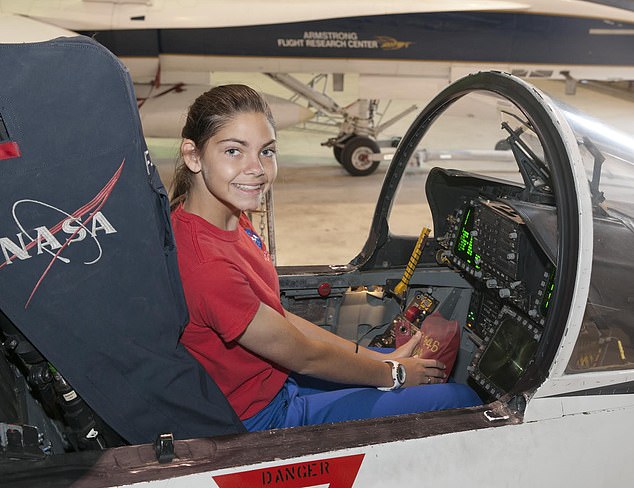 Alyssa remembers her interest in space stemmed from watching an episode of the cartoon The Backyardigans called Mission to Mars. Pictured at space camp in her early teens

‘I did a lot of school work while travelling, and just kept a balanced life, still hanging out with my friends. We try to fit in as much as possible.’

Alyssa’s passion for the universe was nourished through attending space camps from the age of seven, which led to her completing the NASA Passport Program.

She was determined for her ‘resume’ to stand out – a tip given to her by Bill Parsons, former director of NASA’s Kennedy Space Centre – and she hopes this impressive acolade, along with a scuba diving, sky diving and pilot license, will help her in her quest to become an astronaut. 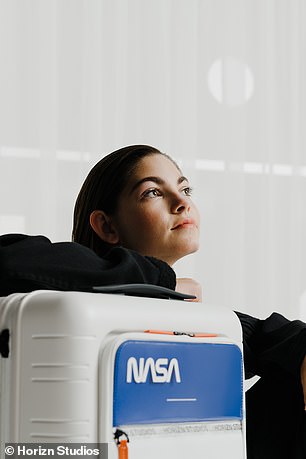 Although there’s no age limit when applying to become an astronaut, Alyssa needs a bachelor’s degree under her belt

This achievement saw her be invited by NASA two months later in January 2013 to sit on the MER 10 panel in Washington DC to discuss future missions to Mars live on NASA TV.

When she turned 15, Alyssa began her more ‘realistic’ training and was the youngest person to ever be accepted into the prestigious PoSSUM Academy in 2016.

This led to her becoming certified to venture into space, to a point.

‘Project PoSSUM’s goal is studying the Earth’s upper atmosphere, however they do have a plan to so a suborbital mission to collect a sample of a cloud which is one of their main areas of interest,’ Alyssa explained.

‘With them I am able to do sub-orbital space flight training; we do micro-gravity flights, test space suits, survival and decompression training, and we also work with the spaceship company, helping them with their development.

‘These trainings will eventually apply when I apply to become an astronaut because they relate similarly to the training for space.’

Although there’s no age limit when applying to become an astronaut, Alyssa needs a bachelor’s degree under her belt – which she’s about to begin studying for in Florida.

She is doing an astrobiology course and hopes she will eventually be able to apply this knowledge to a mission to Mars. 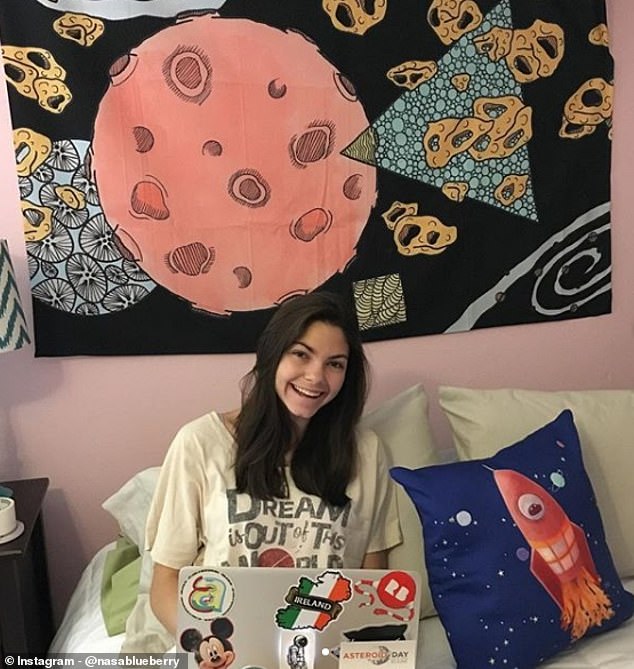 Alyssa said the idea of having prophylactic surgery doesn’t faze her, as they wouldn’t remove anything she needed

For any astronaut intending to travel to the Red Planet, there is a possibility that she will have to undergo prophylactic surgical procedures, such as the removal of her tonsils, as a preventative measure.

But this doesn’t faze brave Alyssa, as she said they wouldn’t take out anything that was ‘important’.

‘If something went wrong on the mission to Mars – for example, your appendix ruptured – that wouldn’t be too great, but if you didn’t have it in the first place, you’re avoiding this issue,’ she explained.

‘The idea of surgery isn’t that terrifying for me. At this point I feel like I’ve had a bad throat so many times my tonsils probably should have been taken out anyway!’

Alyssa has already met a number of astronauts that inspired her, one of which was American NASA astronaut Sandra Magnus when she was nine. 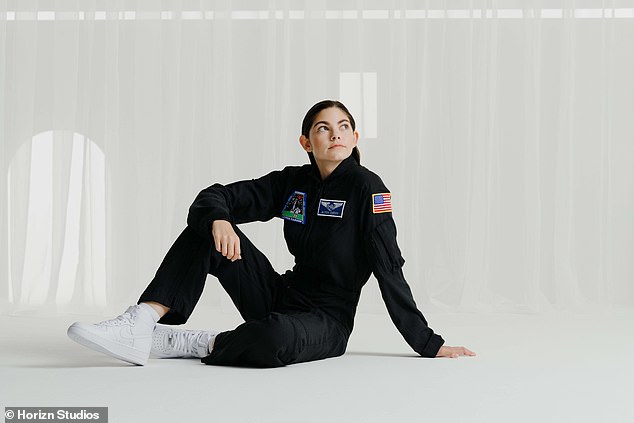 Alyssa has already met a number of astronauts that inspired her, but would love to meet Elon Musk

‘I asked her when she decided to become an astronaut and she told me that she was around nine herself,’ Alyssa revealed.

‘Just speaking with her really inspired me and showed me that you can decide what you want to do when you’re young and work hard and eventually it can actually come true.

‘Any astronauts I meet obviously they’ve paved the way for any future astronauts so it’s really awesome to hear from them.

‘I’d love to meet Elon Musk, we always kind of miss each other and go in different places, as well as Neil deGrasse Tyson. I’ve heard him speak, I spoke with him but actually meeting him in person would be really awesome, he’s an astrophysicist.’

While landing in space would be the ultimate achievement, Alyssa said it’s equally important to her to inspire kids of her generation and show them they really can follow their childhood dreams.

‘You don’t have to wait to start studying what you’re passionate about,’ she said.