These twins were born just 20 minutes apart – but in different years, months and days.

Joaquin and Aitana de Jesus Ontiveros were both due to arrive January 27, 2018.

But at 7pm on New Year’s Eve, their mother Maria went into labor prematurely, and the babies arrived naturally either side of midnight in California’s Delano Regional Medical Center.

It means that while they share everything from genes to mealtimes, they will not share a birthday, birth month, or even a birth year. 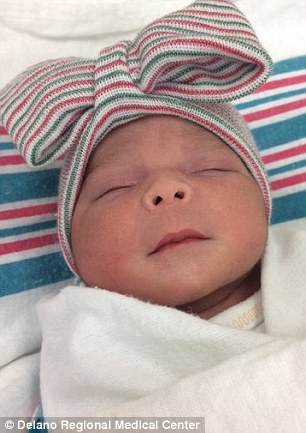 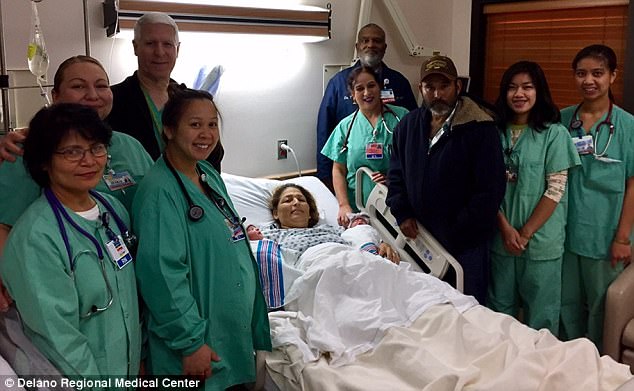 Mother Maria pictured with her newborn twins on New Year’s Day. Her husband Joaquin, with whom she has three other daughters, is stood beside her in black alongside the medical team

Due to the unlikely timing, Maria and her husband Joaquin, both farm laborers who have three other daughters together, will also take home more than $3,000 worth of baby supplies, donated to the hospital by local community groups.

Speaking to Daily Mail Online on Monday afternoon, a spokesman said both babies and their mother are healthy and ready to go home to Earlimart, a small neighborhood between Fresno and Santa Barbara, after an emotional night.

‘It was definitely a surprise! The whole family feels humbled and blessed and excited,’ the spokesman said.

‘When they realized they were going to be in the hospital over New Year’s Eve, the family planned to celebrate at midnight in the break room.

‘But then it turned out Maria was in labor, which was a surprise.’

Their births dates are incredibly uncommon, but 12 months ago four such twin births were recorded in the US – in Georgia, Utah, Arizona and San Diego in California.

The year before, there was just one, also in San Diego. 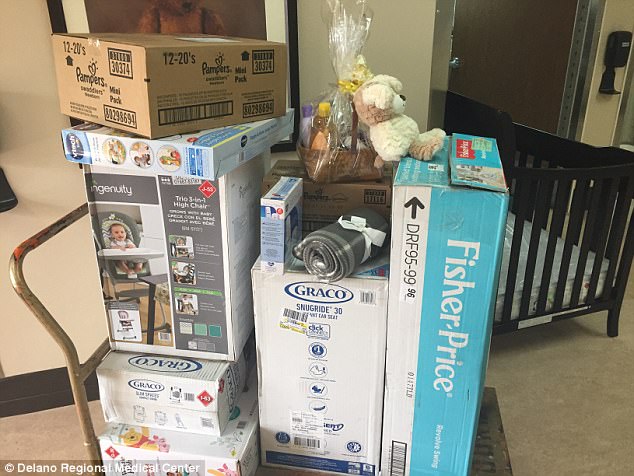