The players won’t be only ones in the spotlight on AFL’s night of nights.

Monday night’s Brownlow Medal is just as much about the wives and girlfriends on the red carpet as it is about their other halves.

Richmond Tigers star Dustin Martin is in the running to win a back to back Brownlow Medal, awarded to the best and fairest player during the home-and-away season.

Patrick and Mardi Dangerfield are the proud parents of son George 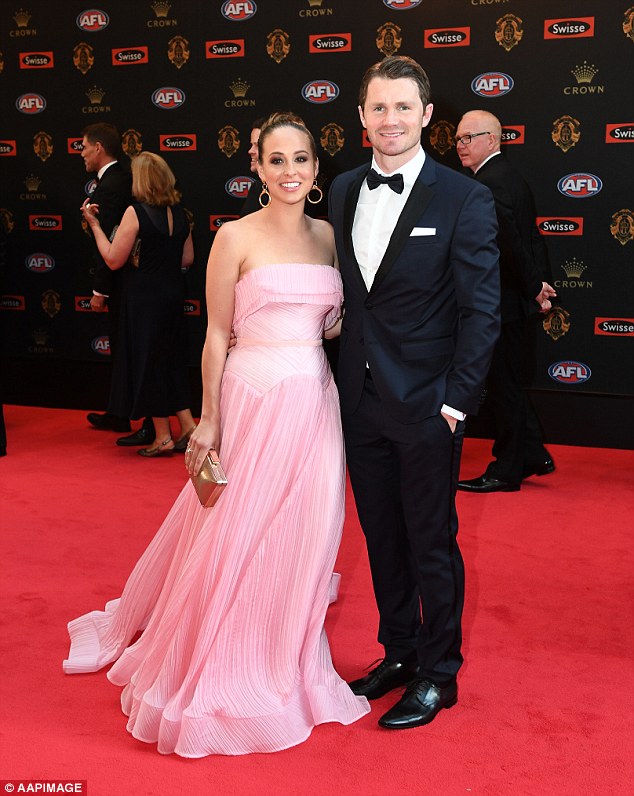 It’s unknown whether Martin will be accompanied by model Elissa Burns, who he was rumoured to be dating.

Mardi Dangerfield, the wife Geelong star Patrick Dangerfield is sure to turn heads when the pair arrive on the red carpet.

The couple are high school sweethearts who have together for 10 years and married on Victoria’s Bellarine Peninsula in 2016.

An occupational therapist, Mardi posted a throwback pic from the 2017 Brownlow of her stunning pale pink gown from Melbourne couture designer Georgia Young.

‘This year she’s giving away EVERY dress she’s made for the red carpet. Get onto her page and follow to find out how to get your hands on one of these masterpiece,’ she posted to her 30,800 Instagram followers on Sunday. 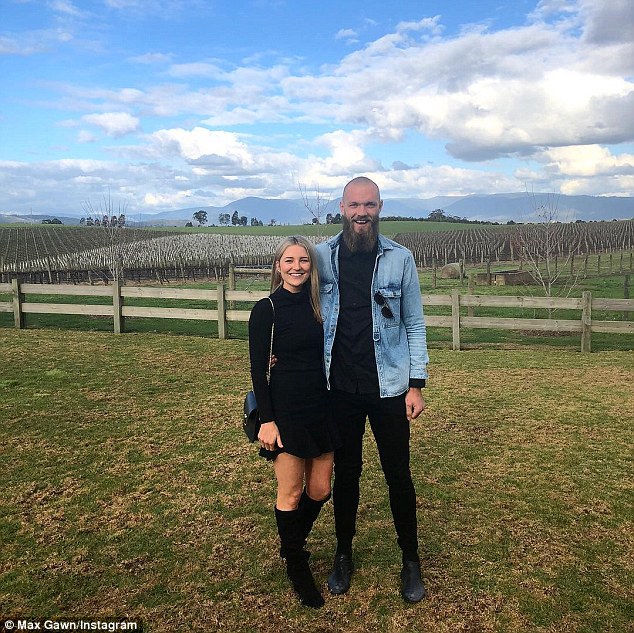 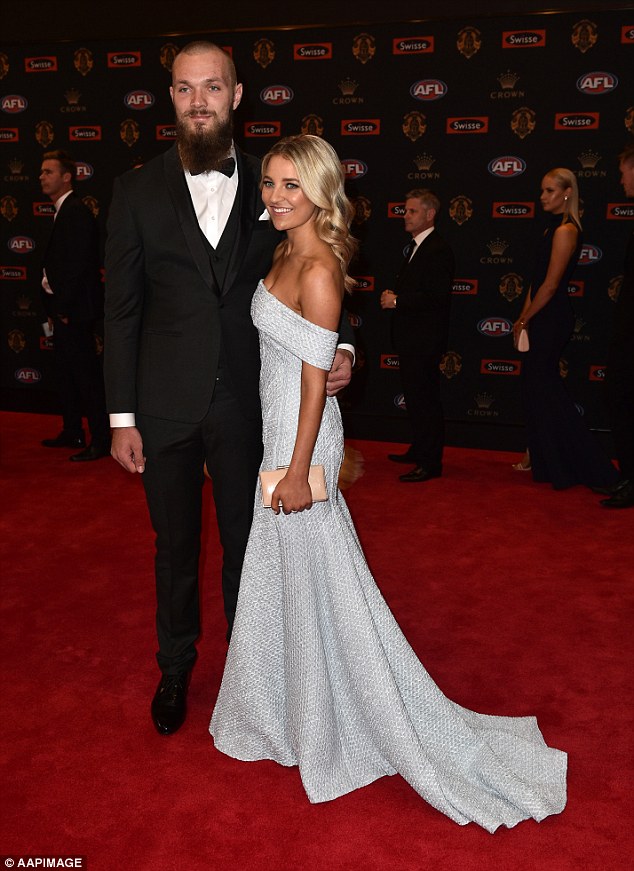 ‘I definitely get a bit nervous on Brownlow night because it not my normal life,’ the the blonde physiotherapist, 27, told The Herald Sun.

‘I just try to have fun and it’s all to support Max … plus you can’t really complain about having an excuse to have someone do your hair and makeup.

She admitted Gawn has a has ‘a good chance’ of winning, but that the night will be about ‘celebrating his year whether he wins or not.’

Ms Todd will also be wearing a gown by Georgia Young. 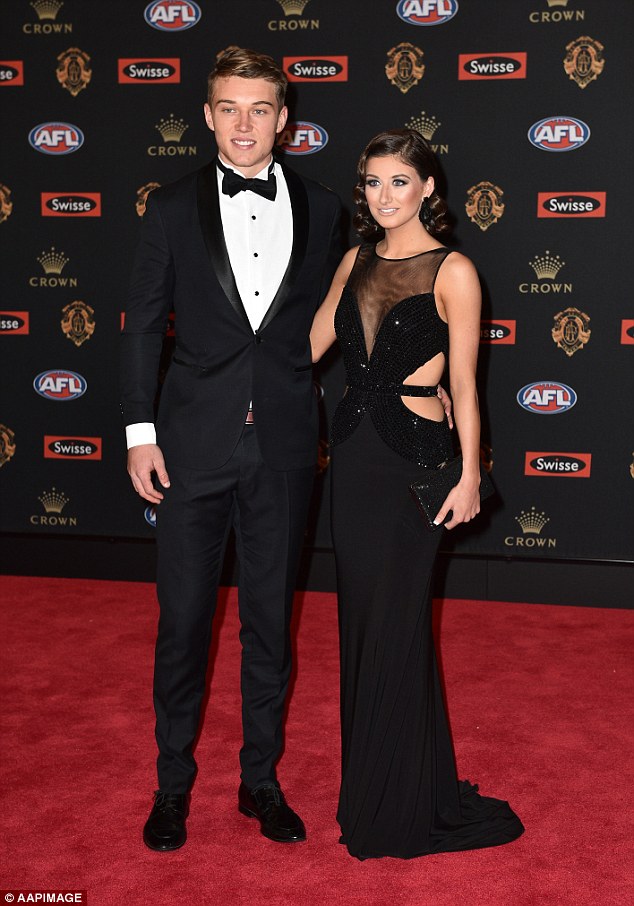 Monique Fontana, the better half of Patrick Cripps also isn’t a stranger to the Brownlow red carpet.

Hawks star Tom Mitchell will joined by his better half Hannah Davis, who is attending the Brownlow Medal for the first time.

‘I’m not entirely sure what to expect,’ she told Seven’s Game Day.

She also revealed that Mitchell doesn’t have a speech prepared. 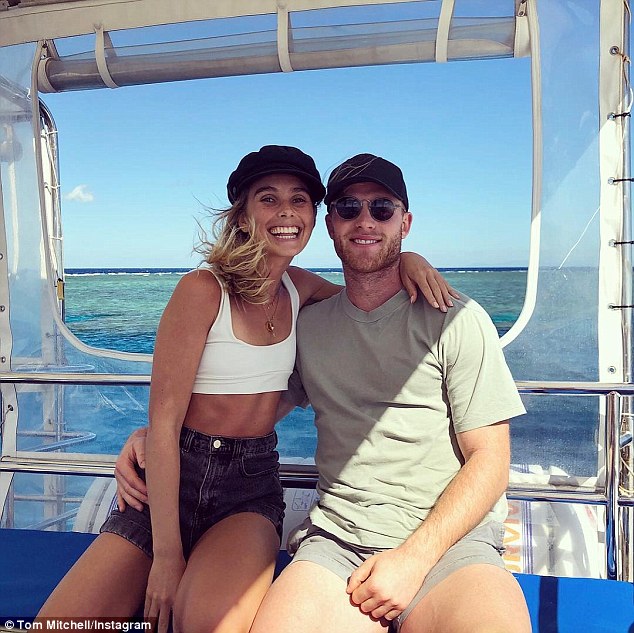 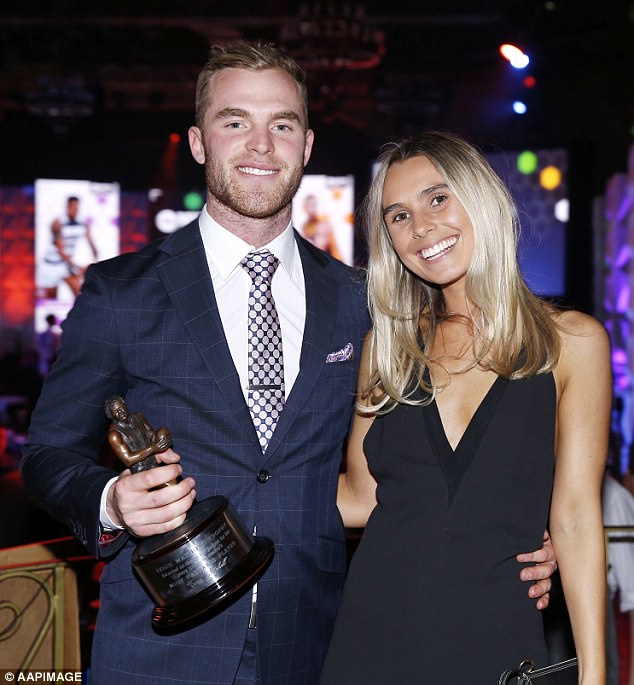 Jessie Murphy (nee Haberman), the glamorous wife of Carlton skipper Marc Murphy has stolen the spotlight at previous Brownlows with her stunning gowns.

She rocked a baby bump on the red carpet last year.

‘It was a bit stressful, actually. Once I got there the nerves went, but this year is a lot better,’ Ms Murphy told The Herald Sun.

‘I don’t have to worry if my dress is going to explode; the pressure is off. It’s always a great time of year to get dressed up and collaborate with some of Australia’s best designers and stylists.’

The mum to eight-month-old Max will be dressed by stylist Lana Wilkinson. 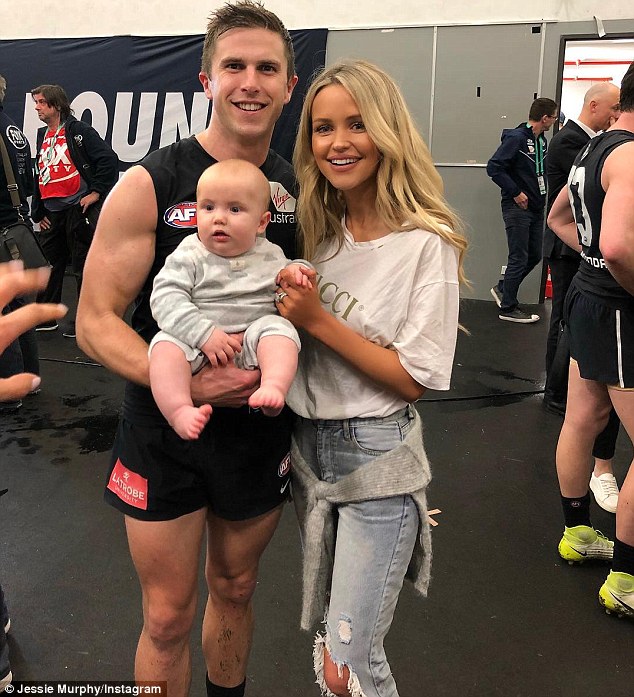 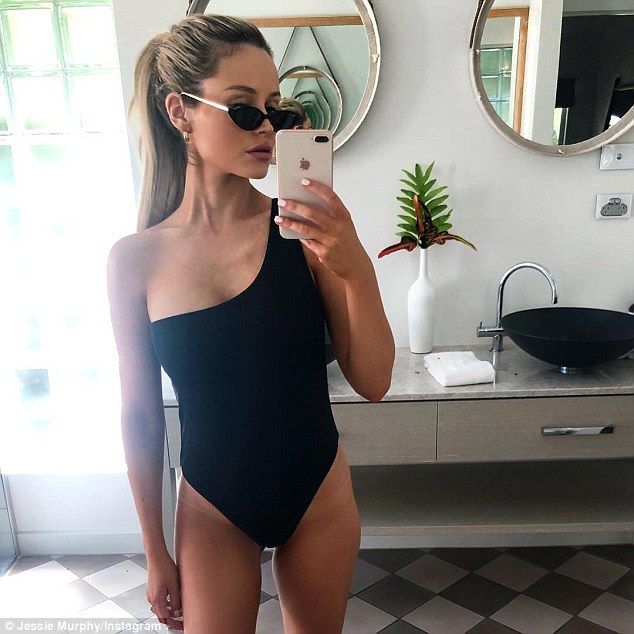 Jessie Murphy, the wife of Carlton skipper Marc is prolific on social media 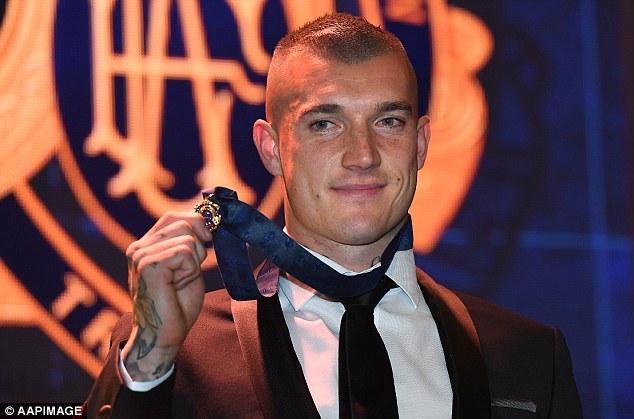 Will Dustin Martin (pictured) win back to back Brownlow Medals?