They struck up a romance on Celebs Go Dating, but later split with Megan Barton Hanson claiming they had ‘no sexual chemistry’.

But the Love Island star and TOWIE’s Demi Sims proved to be the friendliest of exes as they discussed the beginnings of their failed relationship and sexuality in Megan’s You Come First podcast, which is released on Friday.

Megan, 26, told Demi, 24, she has ‘done a lot for her’ and admitted to developing a crush on her way before they met, after watching her come out as bisexual on TOWIE. 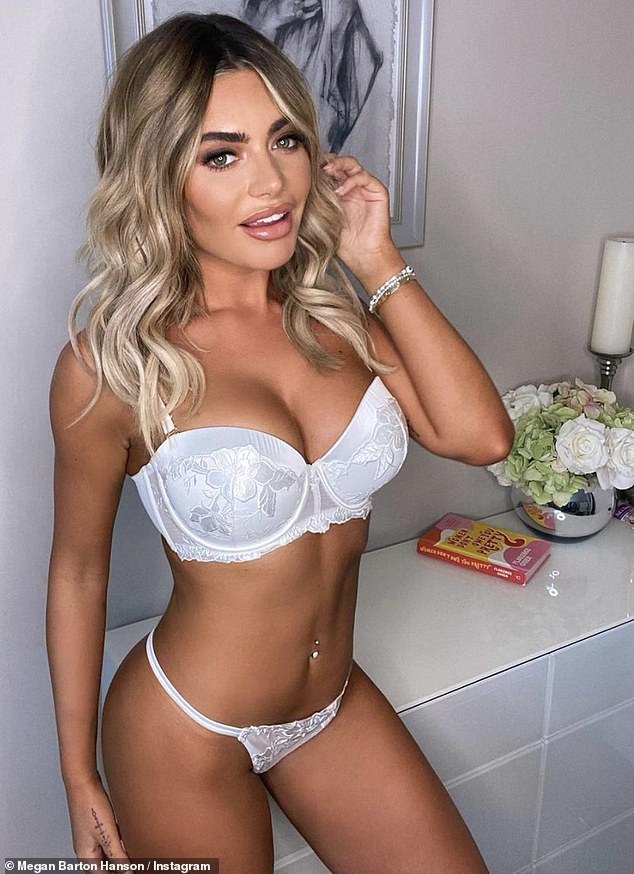 Discussion: Megan Barton Hanson and TOWIE’s Demi Sims proved to be the friendliest of exes in the Love Island star’s You Come First podcast, which is released on Friday

Megan told her: ‘So Demi we met on Celebs Go Dating but I don’t think I’ve ever said this to you… I actually watched you on TOWIE.

‘I saw you on TOWIE and you were so inspiring and it was amazing how open you were about your sexuality.

‘I remember watching it with my mum, and obviously I knew I was a bit into girls at the point, so I loved that you represented that. There must have been so many girls that slid in your DMs after asking for advice about coming out and stuff.’ 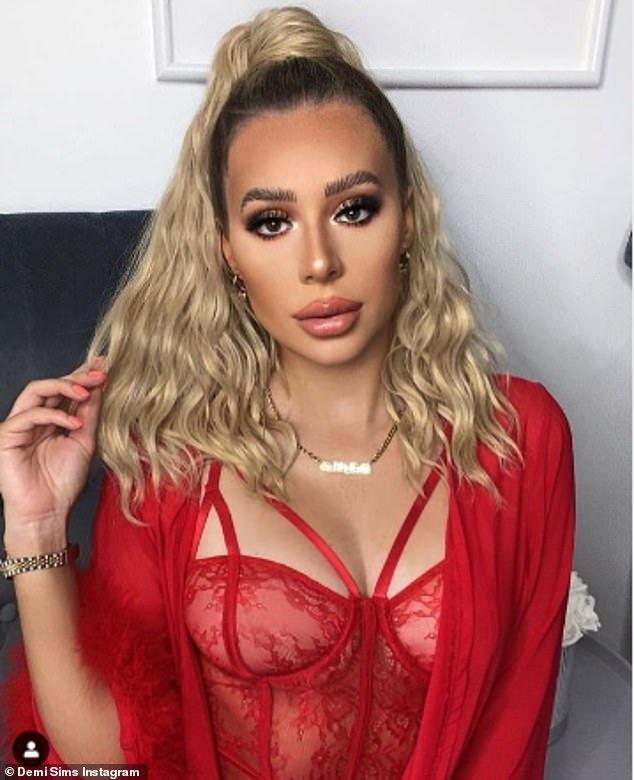 Sweet: Megan, 26, told Demi, 24, (pictured) she has ‘done a lot for her’ and admitted to developing a crush on her way before they met, after watching her come out on TOWIE 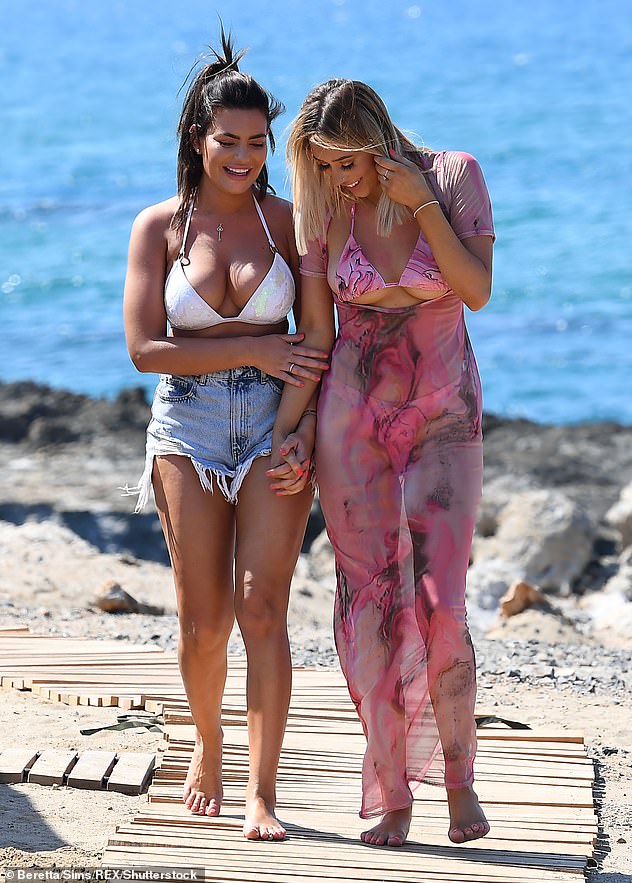 Relationship:  The pair struck up a romance on Celebs Go Dating, but later split with Megan claiming they had ‘no sexual chemistry’ (pictured in July 2019)

To which Demi replied: ‘Yeah well funnily enough that you say that. You’ve never actually told me that the first time you saw me was on TOWIE but I had a few inklings because the first time we spoke, you slid into my DMs about something that happened on TOWIE so that does make sense now.

She added: ‘Yeah I had a lot of DMs at first and I think it’s because I was one of the first bisexual girls to be on a reality TV series in the UK.’

And sparks were flying as Megan also told her: ‘I feel like I never really said, but you’ve done loads for me as well even though you’re younger than me and I know you on a personal level now, it was just amazing to see you be so open and bold about your sexuality on such mainstream TV, so thank you I guess. Thanks for doing that for us.’

Speaking of coming out on reality TV, Demi said: ‘It was weird because I hadn’t even come out to everyone, and then the first second I went on TOWIE I was like ‘oh yeah, I’m bisexual’. So a lot of people were shocked, family friends were shocked. 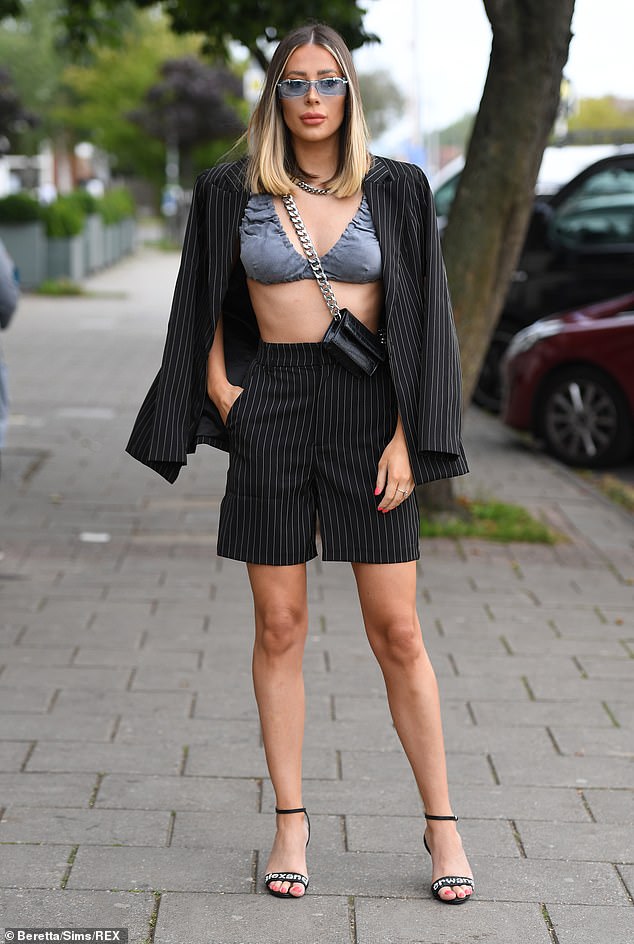 Brave: Megan said Demi inspired her when she watched her come out as bisexual on reality TV (pictured back in August)

‘Do you know what sometimes you have got to be confident in life about who you are and I don’t think there’s a problem with that at all.’

Megan also described her first experience of dating a woman as ‘mortifying’ after being shamed over her sexuality by a close family member.

‘I got this lesbian dating app called Her,’ Megan told Demi. ‘I remember I matched with someone, set up  a date and then before I went out on this date my brother’s girlfriend who lived with us, burst through the door and was like: “Meg, I’ve got something to ask you.

She was like: “It turns out you’re going out with a girl who works at my work so can you just confirm you’re not a big, fat lesbian”.

‘Imagine that. The first time I ever had the confidence to go and meet a girl this girl who is quite close to me comes in and is quite homophobic and rude about it.

‘But I kind of played it down, yeah it was mortifying. It’s shocking, she probably didn’t mean to hurt me but it is something that will stay with me for life. It scarred me for life.’

The pair have made amends after falling out following their bitter split.

Back in October last year, Demi revealed to MailOnline that Megan had apologised for saying there was ‘no sexual chemistry’.

She said at the time: ‘I unblocked her because I wanted to know what she had to say and she kindly apologised for everything she had done.

‘She knew she was in the wrong with everything she had done to me. She apologised and we wished each other the best. I was really shocked because I didn’t expect her to ever apologise.

‘It felt really nice and it made my heart warm a bit more. I had a bitter frost towards her because of everything she did to me but when she apologised, it made everything better.’ 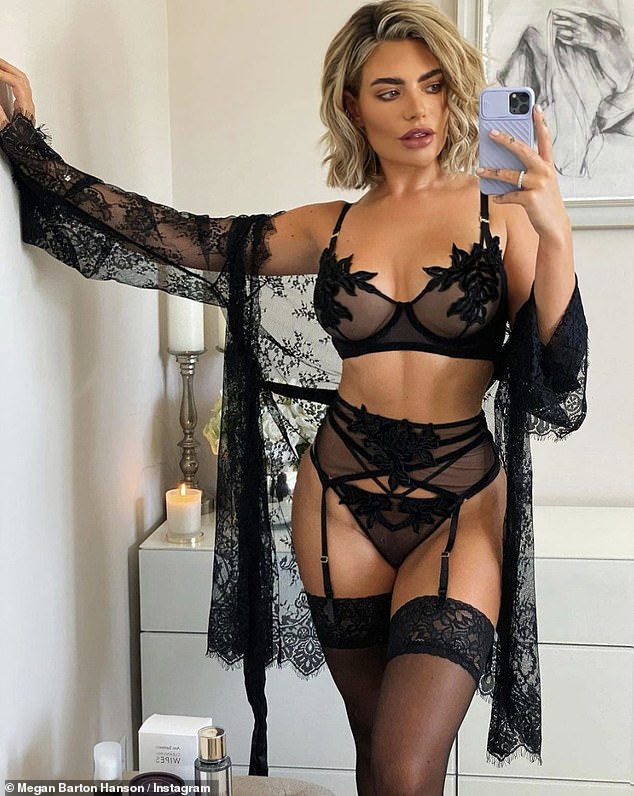 Self-acceptance: Megan also told her: ‘I feel like I never really said, but you’ve done loads for me as well even though you’re younger than me’