Megan Fox and Machine Gun Kelly’s upcoming film Midnight In The Switchgrass has been forced to halt production again following a coronavirus outbreak.

Filming on the crime thriller had only just resumed in July after shutting down in March amid the pandemic.

Yet TMZ reports that production has been paused yet again as two crew members have tested positive for Covid-19.

A spokesperson for The Pimienta Film Co told the site that filming in Puerto Rico had initially resumed with COVID protocols to ensure everyone’s safety, but there was still an outbreak.

The two crew members, who were asymptomatic, were immediately quarantined, but production also decided to halt filming as a precaution.

Director Randall Emmett is now planning to resume filming in Santa Barbara in the next few weeks but with even stricter precautions in place.

MailOnline has contacted The Pimienta Film Co for further comment. 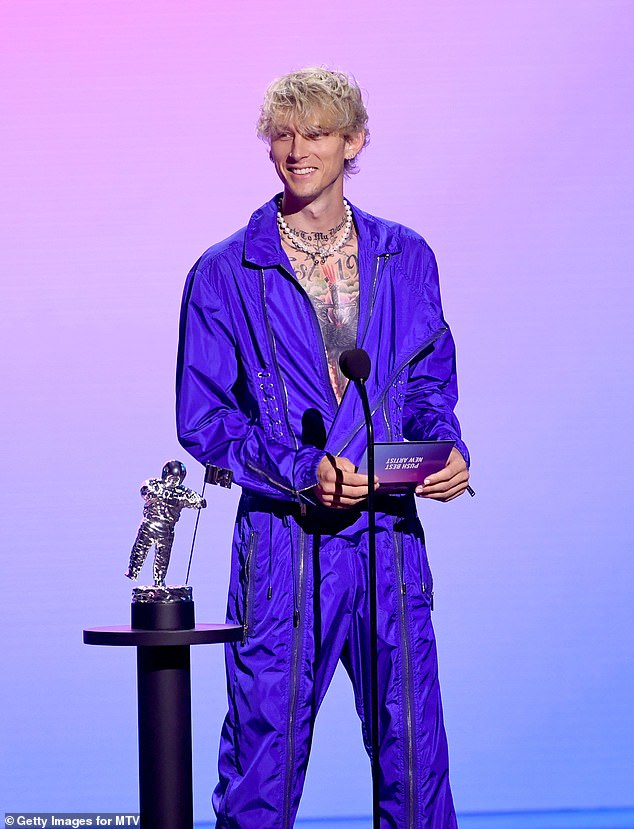 On hold again: Filming on the crime thriller, which stars the rapper, had only just resumed in July after shutting down in March amid the pandemic but has since shut down again

Midnight In The Switchgrass stars Megan Fox and Bruce Willis as detectives trying to break up a child trafficking ring, whose investigation brings them across the path of a notorious Texas serial killer.

The film has hit headlines in recent months not just for its production delays but due to the blossoming relationship between Megan and Kelly – real name Colson Baker.

Megan recently admitted that she knew ‘something’ would happen between herself and the rapper on the set of the upcoming movie.

The Transformers star, who shares sons Noah, seven, Bodhi, six, and Journey, four, with her estranged husband Brian Austin Green, said: ‘I was like, “Who is going to play this role?” And he was like, “Oh, we just got Machine Gun Kelly,” and immediately, I was like, “Uh oh.”

‘Yeah, because I knew — I could feel that some wild s*** was going to happen to me from that meeting, but I wasn’t yet sure what. I just felt it like, deep in my soul — that something was going to come from that. So then, we met on set.’ 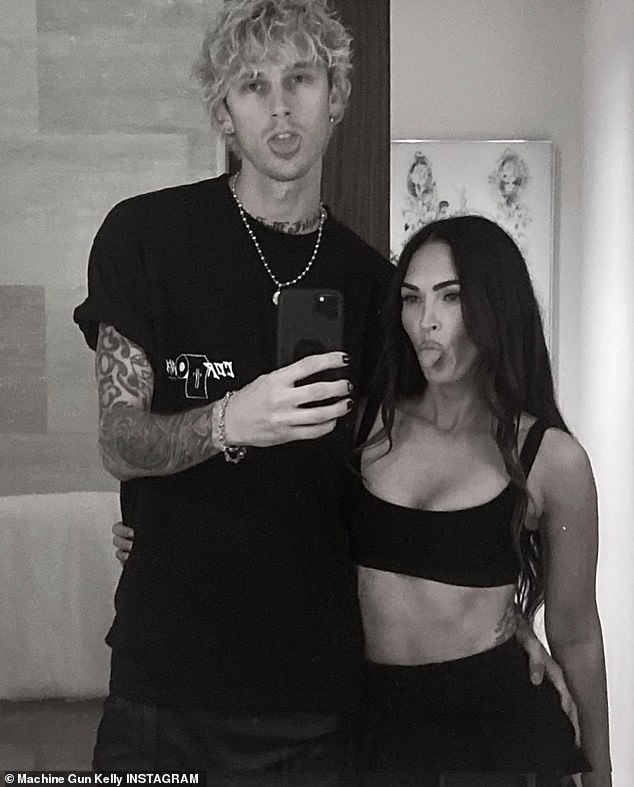 Meant to be: Megan recently admitted that she knew ‘something’ would happen between her and Kelly on the set of the upcoming movie

Director Emmett added the pair are ‘very happy’ in their romance while talking with Entertainment Tonight.

The film producer said that it was ‘sweet and beautiful’ to see the two lovebirds together. ‘They’re very passionate about one another and very happy, and I mean, it’s really sweet to see that I had a little hand in that,’ he said via video chat.

‘The chemistry [on set] was second to none, but I just thought, I’m a great director!’

‘I didn’t know there were these undertones and all that, and now, we spend a lot of time with them since they’ve been together and it’s really sweet and beautiful, and I’m really happy for both of them.’

Megan and Kelly’s relationship is said to have come as a shock to her estranged husband Brian who she began dating in 2004 after meeting on the set of Hope & Faith.

The couple wed in 2010 but have been on and off since Megan filed for divorce in 2015. In May this year, they confirmed their separation.

Brian has since been linked to Australian Instagram model Tina Louise. 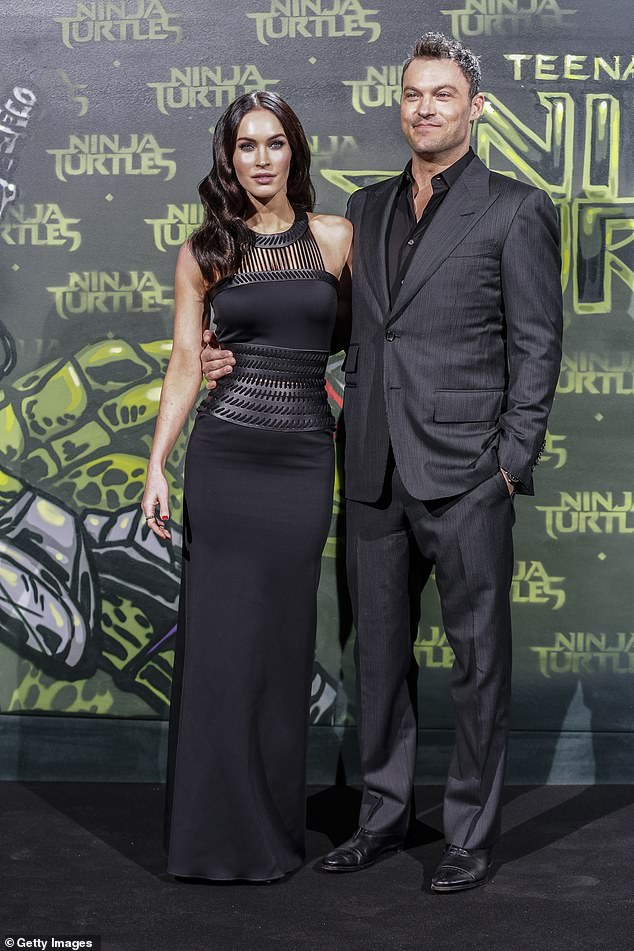 Exes: Megan and Kelly’s relationship is said to have come as a shock to her estranged husband Brian Austin Green who she began dating in 2004 and married in 2010 (pictured in 2015)