Actress and model Megan Gale has remembered her Mad Max: Fury Road co-star Hugh Keays-Byrne, who died in hospital on Tuesday at the age of 73.

The 45-year-old shared a photo to Instagram on Thursday of the pair together, alongside a lengthy caption in which she paid tribute to the late actor.

Hugh played Immortan Joe in the 2015 blockbuster Mad Max: Fury Road, as well as the villain Toecutter in the original 1979 movie Mad Max. 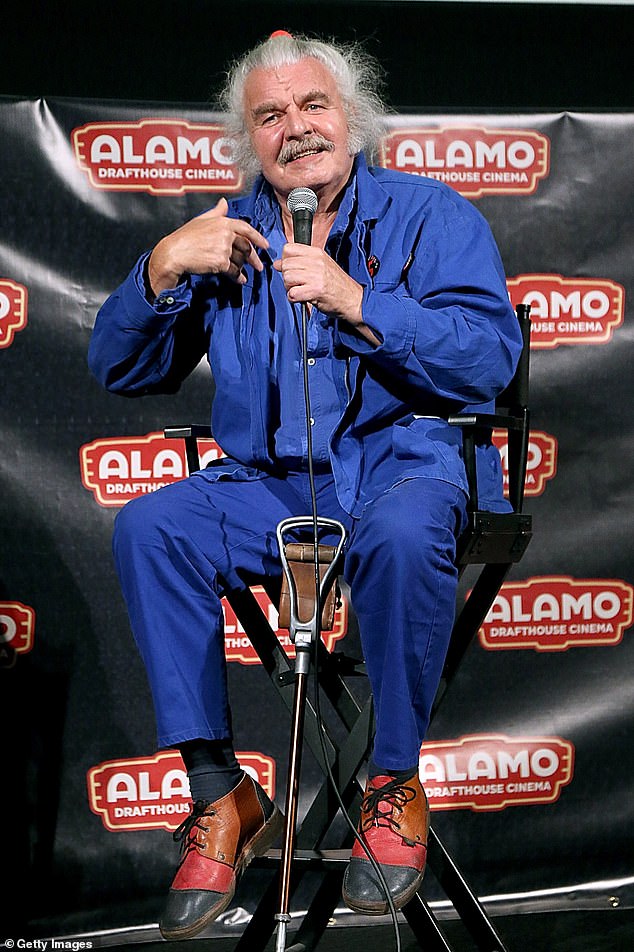 Paying her respects: Actress and model Megan Gale has remembered her Mad Max: Fury Road co-star Hugh Keays-Byrne (pictured in 2015), who died in hospital on Tuesday at the age of 73

‘One of a kind with the kindest heart,’ she wrote. ‘A beautiful man with a beautiful soul. Rest in love and peace, Hugh.’

In the accompanying photo, Megan, who played The Valkyrie in Fury Road, hugged Hugh from behind on the red carpet at the film’s premiere in Sydney in May 2015. 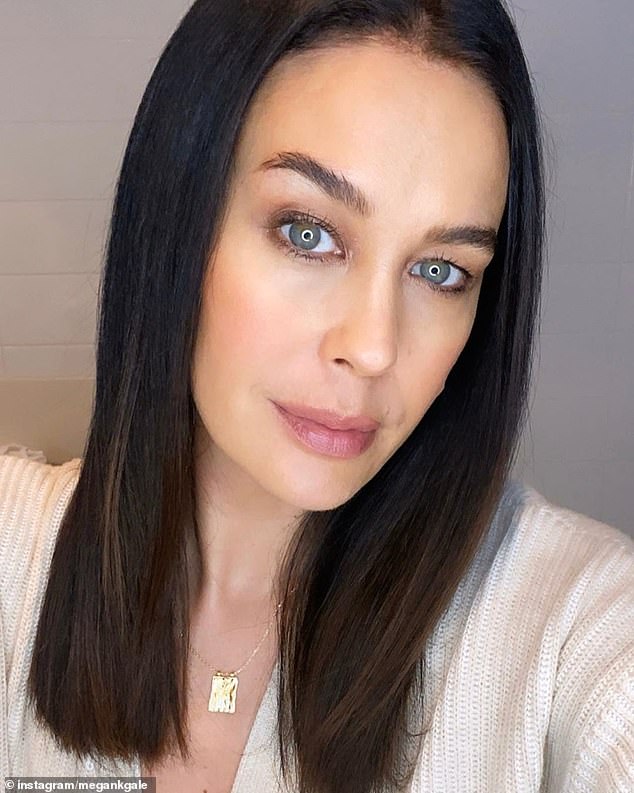 Honouring her co-star: Megan Gale (pictured), 45, took to Instagram on Thursday to share a picture of the two of them together and detail her favourite aspects of the 73-year-old 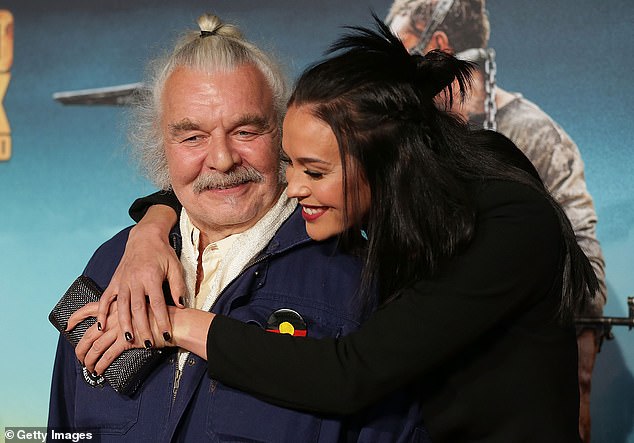 ‘One of a kind with the kindest heart,’ the mother-of-one (right) captioned her post about Hugh (left). ‘A beautiful man with a beautiful soul. Rest in love and peace Hugh’

‘RIP Hugh Keays-Byrne,’ Charlize captioned a photo of the two of them on set.

‘It’s amazing you were able to play an evil warlord so well because you were such a kind, beautiful soul. You will be deeply missed my friend.’

Hugh’s death was confirmed on Facebook by filmmaker Brian Trenchard-Smith, who  directed him in the 1975 film The Man from Hong Kong. 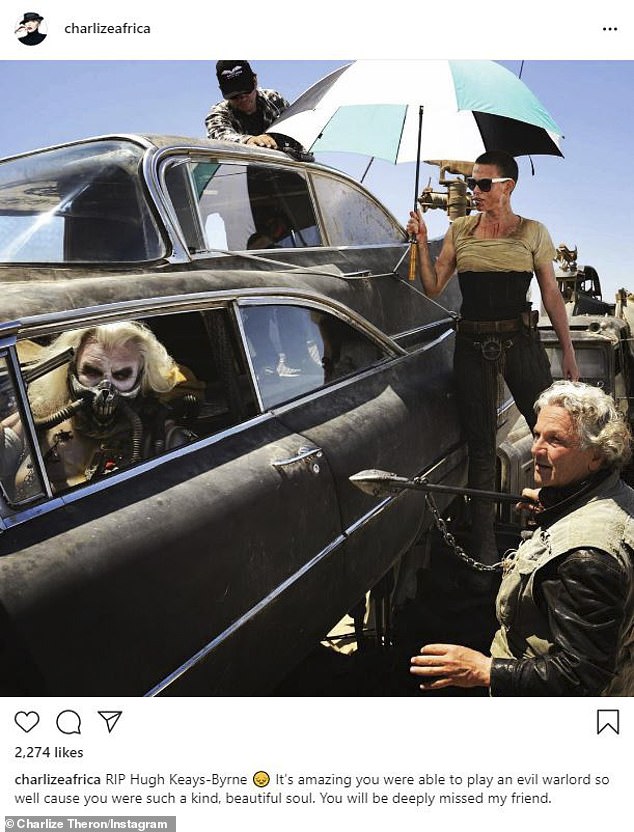 ‘I am sad to report that our friend Hugh Keays-Byrne passed away in hospital yesterday,’ he wrote.

‘A former Royal Shakespeare Company actor who settled in Australia co-starred in The Man from Hong Kong, and achieved worldwide recognition as the Toecutter in Mad Max, and Immortan Joe in Mad Max: Fury Road.

‘He was a fine actor and a good friend to Margaret [Brian’s wife] and myself for 46 years.’ 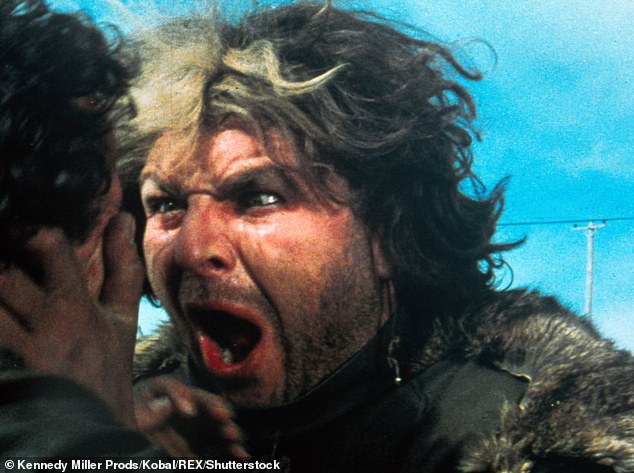 ‘A former Royal Shakespeare Company actor who settled in Australia co-starred in my Man From Hong Kong, and achieved world wide recognition as the Toecutter in Mad Max, and Immortan Joe in Mad Max-Fury Road,’ Brian about Hugh (pictured on Mad Max) on Facebook

The actor and director was born in 1947 to British parents in the state of Jammu and Kashmir (then part of the British Raj, now India) and moved to Australia in 1973 to pursue a career in film and television.

The cause of death is unknown, although he is understood to have died in hospital on Tuesday. He is survived by his partner, Christina. 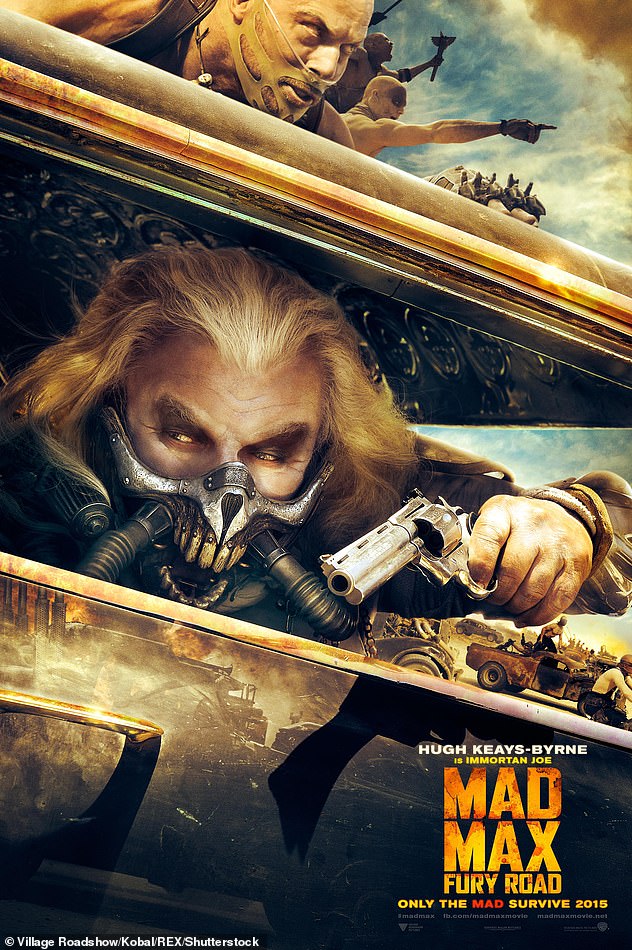 Character actor: Hugh was beloved by fans for his work as ‘Immortan Joe’ in the 2015 movie, and also for playing Toecutter in the 1979 original Mad Max movie. It is not yet clear what the actor died of, though he is said to have passed away at a hospital on Tuesday